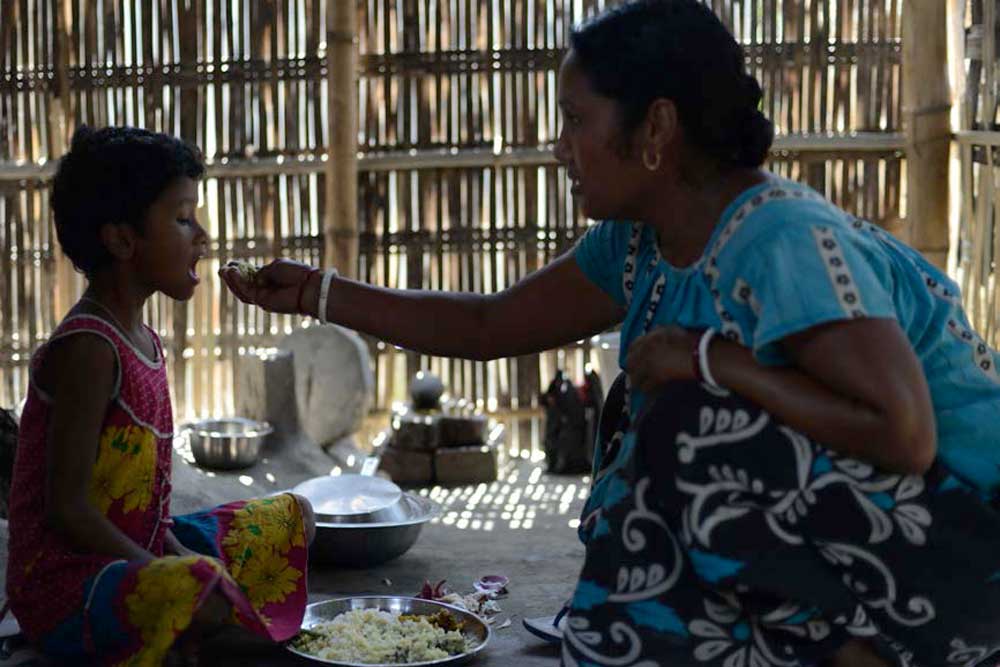 Kitchen is not merely as a functional-space but that caters to nutritional needs but it is also a lived-space that is full of lived-experiences. For centuries it has been a confinement characterized by smoke and soot – chocking the lungs and eyes of millions of women using firewood, cow-dung or crop-residues. Like a source of light at the end of every tunnel, the cooking experience and the kitchen space has started to gain a new meaning in the light of Ujjwala. Quite literally and metaphorically, Ujjwala is a flame of household-enlightenment that is silently revolutionizing not just the kitchen-space and the cooking-experience, but also the everyday lives of millions of women across the country.

In a country often criticized for the lack of successful execution of innovative policies, ‘Ujjwala’ happens to be a notable flame of exception. Made possible by the Ministry of Petroleum and Natural Gas, Bureaucrats, Zonal Managers, Sales-Officers and thousands of distributers across the country, who have tirelessly reached out to the last possible village and households to make them aware of the advantages of using LPG. They have literally travelled door to door to encourage them to avail gas connection facilitated by the Government of India.

The results are stunning. Particularly in the relatively backward regions of the country and in the poorer families there has been a phenomenal increase in the usage and consumption of LPG. In some of the villages, where the LPG penetration used to be very low, the customer base has expanded to hundreds of households from mere single digit users of LPG due to Ujjwala. Several districts have recorded more than ten times increase in the consumption of LPG. Old women who have spent their entire lives struggling with traditional hearths are accepting LPG. A few of them still believe that the taste of food cooked on chulhas is incomparable, but this has not stopped them from realizing the sheer convenience.

Two weeks ago, the number of new gas connections under the Ujjwala scheme reached an astonishing 4 crore mark. But this is not just about number crunching and statistical zooming. It is not just about how many families got new connection and how many would end up getting it in the next few months or years. It is about witnessing the success of a policy from the receiver’s perspective and more importantly seeing the results of efficient implementation at the grass root level. 6 states, 20 villages, 100 households – approximately that’s the extent of the ground covered by a survey in the scorching summers of 2018 to visually map an ongoing transition. And it reveals one single story and that is: flame of change with its transformative power is creating a magical impact.

While the executioners have a reason to cheer the landmark of delivering 4 crore new connections, as conscious observers we must acknowledge the socio-cultural and economic impact of this massive transition on everyday lives of so many people. It not only transforms the unhealthy and environment-unfriendly traditional modes of cooking that used wood, crop-residues and cow dung, but it also saves millions of lungs and eyes from being chocked or damaged. Cleaner fuel in form of LPG also saves time – allowing women to spend more time with family or be more productive elsewhere, or engage more in farming activities, and allow them to look for alternative sources of employments as well. The headache of walking several miles in search of wood and finding a place to keep it dry during monsoons is in the process of being obliterated.

Considering the fact that the policy was designed in order to facilitate families below the poverty line and for those who found it unaffordable to get a new connection, the policy’s success lies in introducing modern cooking method that prevents millions of lives from serious health hazards and inefficiencies associated with the traditional cooking methods. The fact that some of the poorer households find it difficult to refill can not possible undermine the ability of the initiative to open a new window of choice that is in sync with global standards of health, environment and standards of living.

The relief is evident from the responses of the respondents who have wholeheartedly welcomed the change, which was highly inaccessible to them even a few years ago. While it was a distant dream for many families to even think of getting a gas connection given their limited resources, Ujjwala has made possible the impossible in a very short time span. It is a positive step with an appropriate intent covering the length and breadth of the country in record time. Time will tell whether people permanently abandon hazardous and harmful traditions modes of cooking forever, but as of now the outreach of this policy has exposed 40 million citizens to a new flame of hope and empowerment that has a significant influence on their everyday lives.

Sreedeep
Sreedeep is a Sociologist with Shiv Nadar University. He is the author of ‘Consumerist Encounters: Flirting with Things and Images’—forthcoming from Oxford University Press