A spy among friends and bonding with Ian Fleming 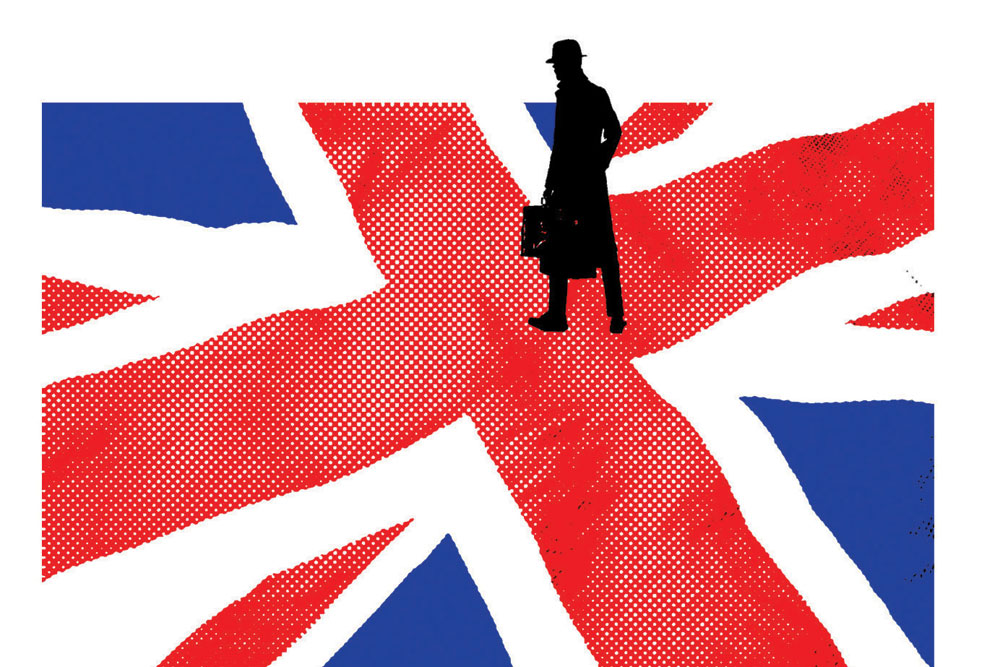 
My book of the year is an old book which was published in 2014, disappeared from the must-read radar, and turned up with the mysterious efficacy books possess to serve as much-needed balm amidst pandemic blight, economic confusion, social retreat, and long phases of helpless apathy: Ben Macintyre’s A Spy Among Friends: Kim Philby and the Great Betrayal. This is not the first book about Kim Philby, although I hope it will be the last since there is not much left to find out about this iconic British double agent. This narration works not because it tells us anything new about Philby, but because it is a sparkling revelation about an establishment which protected its own on the dubious grounds that “one of us”, the crème de la crème, could never be a traitor. Macintyre avoids déjà vu by turning this book into a biography of friends.

The great British public admire loyalty but are entranced by deceit, particularly when toffs become both players and umpires in the double cross. John Le Carré, master historian of betrayal and its side-effects, exaggerated only slightly if at all when he wrote that a privately educated Englishman was “the greatest dissembler on earth…Nobody will charm you so glibly, disguise his feelings from you better, cover his tracks more skilfully or find it harder to confess to you that he’s been a damn fool….” He also generally had a charmingly noble explanation for being a damn fool. Kim Philby justified his treachery by pointing out that there was a higher cause than nationalism: internationalism, of the communist kind. He was saving the world, and it wasn’t really his fault that the Soviet Union collapsed because the doctrine turned brittle in the custody of apparatchiks.

Kim was a nickname. His father Harry St John Bridger Philby had started life in the much-vaunted Indian Civil Service, and called his son, born in India and christened Harold Adrian Russell, Kim after Rudyard Kipling’s eponymous fictional hero. Kim’s adventures began in school. At the age of 14 he was sent to the spartan Durnford School in Dorset, where the morning began with a “strip and swim” plunge in an unheated pool while the headmaster Thomas Pellatt watched. The evenings could be less chilly, for often Mrs Pellatt would read to the boys with her “legs stretched out over two of them while a third tickled the soles of her feet”. Life in an English preparatory school had its moments.

Durnford prepared Kim for Eton, where one master commented on his report card: “The increased legibility of his handwriting only serves to reveal the inadequacy of his ability to spell”. But you did not go to Eton to learn spelling. You went for the school tie, a bond that placed you after a careful examination of your ability and proclivity at the heart of power and protected you if you stumbled.

Excess and eccentricity, lubricated by an expense account which came with the job, were the birthright of the privileged. A normal lunch for the spy and his friends would be two or three Pimm’s followed by a “short one” laced with absinthe, smoked salmon, shrimps, Dover sole, jugged hare, rarebit, wine and port. Then they all marched off to their anonymous office to save democracy from dictators.

Kim’s lifelong friend Nicholas Elliot, who too became a grandee in MI6, had an uncle called Edgar, an officer in the British Indian Army, who took a bet that he could smoke his height in cheroots every day for three months and died within two months. It was a loss to literature rather than to history. Edgar Elliot should have stuck to the rulebook of diplomats, which did not permit you to smoke a cigar before the third port. The class hierarchy of the civilian services was maintained with hawkish zeal. Exceptions were rare. The elitist MI6 was stuffed with the well-tailored and well-heeled Oxbridge types with membership in clubs like White’s; the domestic intelligence service MI5 was middle class and Rotary Club. The rest were below the salt.

The legendary MI6 chief Major General Sir Stewart Menzies, writes Macintyre, was a wily if enigmatic aristocrat who mixed with royalty [his mother was lady-in-waiting to Queen Mary], never missed Ascot, rode to hounds, drank heavily, sported a fierce moustache, and never denied the rumour that he was an illegitimate son of Edward VII. The Old Etonian was exceedingly polite and completely ruthless. A son of Empire. Philby sold the store under Menzies’ watch. 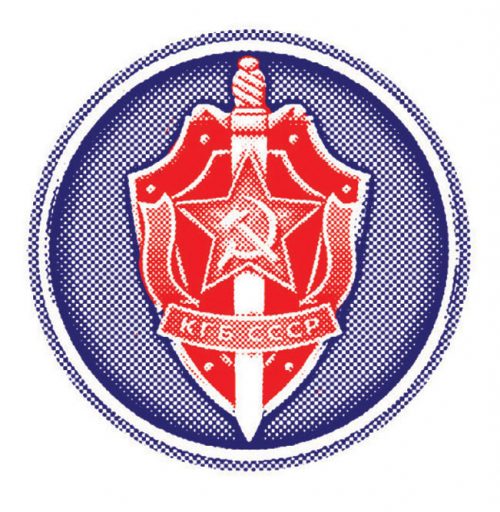 When the British finally decided a decade after Menzies retired in 1952 that Philby was the Soviet mole, they sent friendly Elliot to confront Kim, then living in Beirut with a cover job as a newspaper correspondent. The story of this encounter in 1963, told in fine detail, reveals the intricate art of the British upper-class institutional back-scratch rather than the operational patterns of KGB heavies. It is also obvious that Elliot delayed the inevitable arrest till Philby could effect his escape from Beirut to Moscow, where he lived in a KGB dacha till his death in 1988.

Kim Philby’s father had, if anything, an even more interesting life. He tired of the ICS despite the handsome annual tax-free salary of £600, resigned, and ended up as an adviser to King Ibn Saud of Saudi Arabia. Father moved in exalted and exotic circles. Harry St John left his wife Dora, moved to Saudi Arabia, converted to Islam, took the name Abdallah, and married a girl from Baluchistan presented to him by the King.

Father and son met for the last time when the former stopped by in Beirut in the summer of 1960 to celebrate his 65th birthday. Nicholas Elliot was also in the glamorous spy capital of West Asia, as MI6 station chief. Elliot hosted a birthday lunch where flowed a small river of wine. Philby the Elder “left at tea-time, had a nap, made a pass at the wife of a member of the embassy staff in a night club, had a heart attack, and died”.

Fictional spies, I am pleased to report, were alive and doing healthy business in the year that has just died a deserved death. Seven decades after Ian Fleming wrote his first James Bond book Casino Royale, and six decades after President John F Kennedy described Bond as a favourite read, the franchise thrives. While Daniel Craig stuffs the cash register at cinema halls, mainstream television has resurrected the ageless Sean Connery, the first and finest screen Bond. The 1960s are back in business. 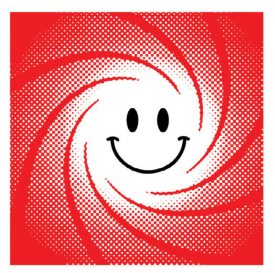 Analysis of such sustained longevity is now a quasi-academic exercise. It is easy to miss a simple fact, that James Bond was a relief from reality when he arrived in 1953 and survives because he marched in confident steps into that endless space at the rim of the 21st century’s imagination. Ian Fleming had fought in history’s most barbaric war, with unbelievable horror concentrated in Europe. There was nothing that Europeans did not do to one another in World War II, including genocide. In comparison, James Bond was playing toy soldiers. In the 1990s, Bond was re-imagined into an alternative universe and lived to milk the box office.

Perhaps the best analysis of this mercurial character was written as long ago as in 1966 by Maya Turovskaya in the Russian publication Novy Mir which I found in the 2021 Christmas issue of the British magazine Spectator: “Philistine pragmatism takes over in Fleming’s novels. They tend to be indiscriminate, to combine all elements of sensationalism—political action and thriller, science fiction and advertising brochure, a fashion magazine and nudist film…This, briefly, is the secret of the genre, of popularity in its modern shape. Still, had it not been for the screen, Bond would have been lost among all the other spy characters out there. A nobody. It was the film industry that made him a myth.”

The industrious Maya Turovskaya might have also noted that all ruling classes kill people in the name of the people, but perhaps they censored that bit out. Most of us need a philistine break or two from the chores of a compulsively mechanical daily routine. The alter ego is very useful. If heroes did only credible things they would not be heroes. 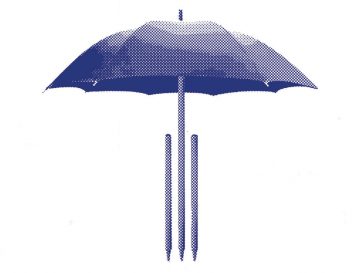 So much for those fantasies of binge-watching cricket from dawn to dinner in the last week of 2021. India, at a virtual midpoint between the southern hemisphere nations of Australia and South Africa, was ideally positioned for such a feast on television. A click of the remote could take you straight from sleep to Melbourne for the third Ashes Test, and from lunch to Johannesburg’s Centurion stadium, 4,500 feet above sea level, for the first India-South Africa match. What could possibly go wrong for a cricket buff?

Plenty. Rain washed away the second day in South Africa and Australia washed away England around the same time. All that was left of the Ashes was a bowdlerized, lowlife version of Test cricket called, irresponsibly, “Highlights”. These congested, coagulated and constipated half-hour capsules—there, I have exhausted my stock of alliteration—are a mockery of cricket, reducing its magnificent nuances to the banal and minimal. The aesthetics of a game with the courage, stamina and self-confidence to demand five days of attention is pulped.

But maybe the media moguls are right when they track the balance sheet of an imbalanced world. The long game has already been chipped at the edges. The five-day Test used to stretch across six days. Quaint as it may seem now, everyone took a midway break. The swashbucklers of the Sixties and Seventies did not use this day of rest to catch up on sleep or preside over committee deliberations on the algorithms of swing and movement. They went out and had a good time. If they were playing a Test match in Calcutta’s Eden Gardens, festivities might begin at lunch with a few pink gins at the Calcutta Cricket and Football Club. Sir Vivian Richards and Lord Botham were perhaps the last of the greats who could party and play and do justice to both. Such carefree amateurism is now taboo.

A Test match now mostly ends in a decision; a draw is too boring for television. You win or lose. The umpire is no longer merely human, and fortunes are not victims of error. There is an omnipotent electronic eagle, eager to pounce on any mistake, misjudgement, or bias. Luck has been marginalised. A fielder can still drop an easy catch or hold an impossible one, but the odds against luck are lengthening. Let us, however, end with good news. The rewards of such professionalism are fabulous. Players have become slim, and the cheques have turned overweight. The coach who steered England to one of its worst Ashes disasters is likely to earn £500,000 sterling as departure gold.

Failure was quite successful in 2021.