There is a way to end the curse of the backlog 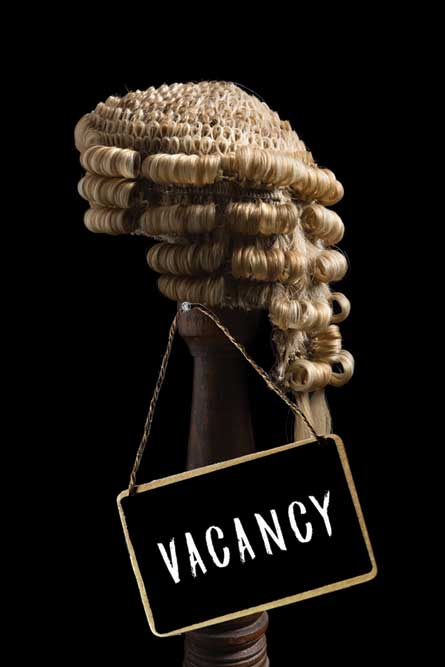 ONE CANNOT GO on and on about justice delivery. There are many other things to write about. Therefore, this will be the last piece on this topic. A little bit on semantics first. The terms ‘pendency’, ‘arrears’ and ‘backlog’ are often used synonymously. However, if a distinction is to be drawn, ‘pendency’ means the total number of cases in the court system. Indeed, high levels of pendency can indicate faith in the judicial system. ‘Arrears’ are an excess of new cases over disposed cases. Arrears contribute to pendency. The word ‘backlog’ is sometimes used in the sense of pendency and sometimes in the sense of delays. Pendency is a stock. Arrears (new cases minus disposed cases) are flows and better indicators of change and incremental improvement. What does one do to reduce arrears? Several committees have told us what to do. This simply means we know what the desired reforms are. But they haven’t been implemented. The earliest government committee to examine the problem of pendency and arrears was the Rankin Committee (1924) and I have quoted from its report earlier. There were High Courts Arrears Committees in 1949 and 1972, several Law Commission reports, an Estimates Committee in 1986, a Satish Chandra Committee in 1986 and another Arrears Committee in 1990. With a particular focus on criminal cases, one can add the Shah Committee (1969), the Trevor Harris Committee in West Bengal (1949), the Wanchoo Committee in Uttar Pradesh (1950) and the Malimath Committee (2000).

If one sifts through this mass, one will find explanations like the following: a litigation explosion; an increase in legislative activity; additional burden on account of election petitions; accumulation of first appeals; the continuance of ordinary original civil jurisdiction in some High Courts; inadequacy of judge strength; delays in filling up vacancies in High Courts; unsatisfactory appointment of judges; inadequacy of staff attached to High Courts; inadequacy of accommodation; a failure to provide adequate forms of appeal against quasi-judicial orders; lack of priority for disposal of old cases; failure to utilise grouping of cases and those covered by rulings; the granting of unnecessary adjournments; unsatisfactory selection of government counsel; a population explosion; hasty and imperfectly-drafted legislation; plurality of appeals and hearing by division benches; an inordinate delay in supply of certified copies of judgments and orders; the indiscriminate closure of courts; and the appointment of sitting judges on Commissions of Inquiry. On April 29th, 2005, the then President of India addressed an all-India seminar on judicial reforms, with special reference to arrears and identified the main reasons for delays as: (a) inadequate number of courts; (b) inadequate number of judicial officers; (c) ill- equipped judicial officers; (d) dilatory tactics by lawyers and litigants; and (e) role of court administrative staff.

Let me state it differently. Within judicial reforms, one can detect at least four strands in proposed reforms. First, there is the question of judicial strength, though the number and skill-sets of non-judicial staff are equally important. This is a supply-side solution that is the most commonly cited reason for court congestion and delays. However, this is also linked to vacancies and the judicial appointment and promotion process, as judicial workforce planning. Second, there is a set of reforms linked to improving judicial efficiency and court productivity, through education/training, better court administration in non-judicial functions and improved case and case-flow management, facilitated by infrastructure improvements. This too is a supply-side solution. Third, as a sub-strand to number two, information and communication technology (ICT) can specifically be used to enhance productivity. Fourth, demand for adjudication can be reduced through alternative channels of dispute resolution (mediation, conciliation, arbitration) and reducing the government’s contribution in civil litigation. Supply, demand and productivity—these are the bare facts when you come down to brass tacks. All too often, when you talk to judges or read committee reports authored by judges, the emphasis is only on the first and the others are rarely mentioned. More courts, more judges, more court staff, better infrastructure, better housing, better cars, more money, financial autonomy for the judiciary. Without firm evidence that the judiciary is seeking to reduce pendency, I don’t think these arguments will have many takers outside the judiciary.

Consider the vacancy question. The 2015 NJAC (National Judicial Appointments Commission) Act, before it was struck down, was about appointments and transfers of higher judiciary (Supreme Court, high courts). It is true that fewer vacancies increase speed of dispute resolution. Who is responsible for vacancies in district and subordinate courts? Culpability of state governments plays only a very small part in that, if at all. Failure to fill those vacancies is the responsibility of the judiciary. For the higher judiciary, a lot of numbers float around in media on vacancies. Those numbers should be statistically controlled for two reasons. First, other than increase in sanctioned strength in the Supreme Court in 2008, one needs to factor in an increase in the sanctioned strength for high courts from 906 in 2015 to 1,056 in 2016. Second, while the Constitutional Bench of the Supreme Court heard the NJAC case, say between April and November 2015, no appointments to the higher judiciary could take place. Corrected for these, regardless of the level of the court, there are vacancies of 30-35 per cent. That takes us to the Collegium system, in existence since the Second Judges Case of 1993 and validated by the Special Reference of 1998, though the Constitution mentions no such collegium. Strictly speaking, there are two levels of the Collegium, the High Court and Supreme Court. Regardless, the Collegium system needs to become more transparent, especially in an environment where there is a drive towards transparency all around and courts have themselves urged rest of the society to move towards transparency. Consider this. What percentage of names recommended by different high court collegiums are rejected by the Supreme Court? Figures of between 30-35 per cent float around. Since no one is seeking information about specific individual names, why can’t that aggregate information be published in Court News? When does the Collegium process, at either level, kick in? Unless it is truly ‘Manus Dei’ (Hand of God), one knows in advance when there will be permanent vacancies. Does the Collegium process kick in six months in advance? If there are a certain number of vacancies, does the High Court Collegium recommend exactly that number, or some multiple? On what basis are selections made? Any selection process, for anything, has a set of principles. True, everything cannot be reduced to a GPA (grade point average). But that doesn’t mean everything must be left vague, indeterminate, subjective and non-transparent. In any organisation, the higher up the position, the more difficult it is to quantify performance. However, performance-based indicators aren’t impossible, even if those don’t become the sole determinant. Recently, Vidhi Centre for Legal Policy developed such a judicial performance evaluation system for judges of the Supreme Court and high court. I have no intention of suggesting that this is perfect. That perfection and tweaking should be done by insiders, the judges themselves. Vidhi, or something like that, is no more than a suggested template. In the entire controversy over the NJAC, I cannot fathom the judiciary’s reluctance to accept performance indicators and impart transparency to the Collegium process. Nor, independent of the NJAC, do I understand why the judiciary refuses to accept performance indicators and disposal targets.

Many procedural improvements can easily be done. In other words, productivity enhancement is about handling cases more efficiently: that is, case flow management (CFM). When the Code of Civil Procedure was amended in 2001 and 2002, we were told that henceforth, the average civil case would be concluded within two years. If nothing of the sort has happened, that’s because of the Supreme Court (2005) in the Salem Advocates Bar Association vs Union of India case. But this judgment also led to the eventual drafting of model case flow management rules. Though these were draft rules and adoption decision was left to high courts, this is an eminently sensible idea. Evidently, not all high courts thought so. There would have to be separate case flow management rules for high courts, civil cases in subordinate courts and criminal cases in subordinate courts. A collation by Vidhi shows all three are missing in Delhi, Maharashtra, Goa, Manipur, Meghalaya, Odisha and Uttar Pradesh. There are several states for which only civil case flow management rules have been passed for subordinate courts. This is an example of that reluctance to enhance productivity, not to speak of larger issues like curbing appeals. Experiments like Lok Adalats, fast-track courts, family courts, mobile courts, Gram Nyayalayas, People’s Courts and Women’s Courts have also had sporadic success because of that reluctance.

I am reminded of something Benjamin Franklin wrote in Poor Richard’s Almanack (1732-58): ‘There are three things extremely hard—steel, a diamond, and to know one’s self.’ If the judiciary did the last, I think a diamond would result and the steel of distrust it faces from the rest of society would disappear. Till then, reform hopes are stuck.