And all those defunct economists and academic scribblers 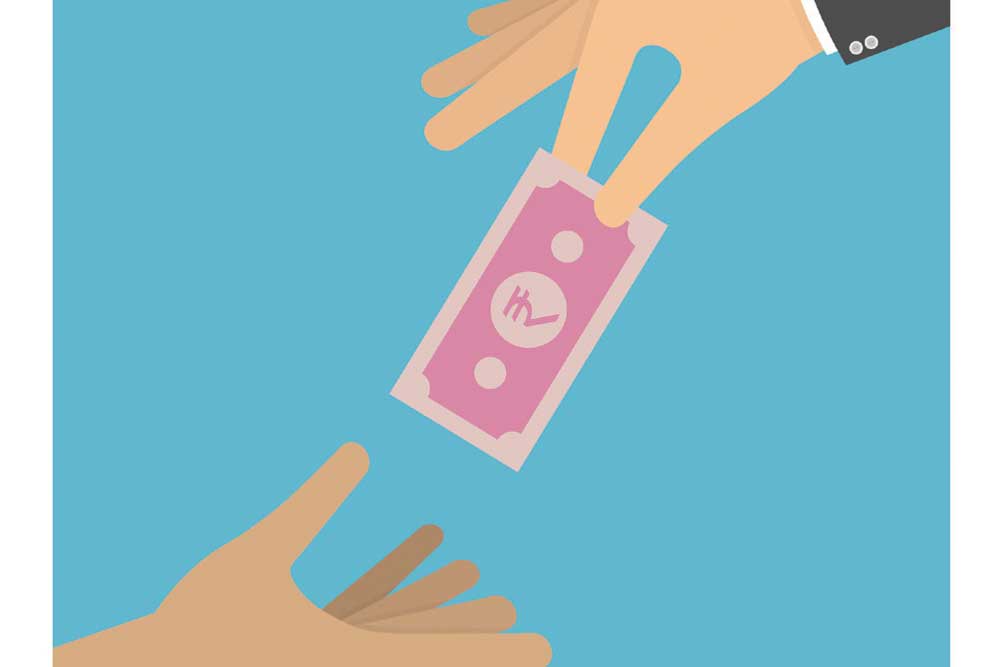 ‘VAST AND DEEP rivers—swelling and impetuous—charming pleasure-gardens by the river banks, putting to shame the celestial Nandana-Kânana; amidst these pleasure- gardens rise, towering to the sky, beautiful marble palaces, decorated with the most exquisite workmanship of fine art; on the sides, in front, and behind, clusters of huts, with crumbling mud-walls and dilapidated roofs, the bamboos of which, forming their skeletons, as it were, are exposed to view; moving about here and there emaciated figures of young and old in tattered rags, whose faces bear deep-cut lines of the despair and poverty of hundreds of years; cows, bullocks, buffaloes everywhere—ay, the same melancholy look in their eyes, the same feeble physique; on the wayside refuse and dirt: This is our present-day India!’ Most people will no longer remember where this is from, but will identify with the sentiments. These are the opening lines of a monograph written by Swami Vivekananda in Bengali and subsequently translated into English as The East and the West. That quote has an element of inequality, which is relative, and poverty, which is absolute. Most of us get upset about inequality. There is a clichéd quote, attributed to various people. “If you are not a socialist when you are under 25, you have no heart. If you continue to be a socialist when you are over 25, you have no brain.” Depending on which variation you have in mind, the original can be traced to Georges Clemenceau, François Guizot or John Adams.

In 2010, a book of essays was published in honour of Montek Singh Ahluwalia, edited by Shankar Acharya and Rakesh Mohan. That book had an essay on inequality and equity, authored by Suresh Tendulkar. This paper has an interesting anecdote about a conference in Bangkok when Manmohan Singh was the deputy chairman of the erstwhile Planning Commission. ‘After other delegations presented their experiences in managing a market economy, the Chinese vice minister presented an outline of the Chinese reform programme. At the end of the presentation, Manmohan Singh, in his usual gentle but forceful tone, asked, ‘Would not what you are trying to do result in greater inequality in China?’ To that the minister replied, with great conviction, ‘We would certainly hope so!’ There is a difference between inequality in access to inputs (physical and social infrastructure, financial products and so on) and inequality in outcomes (income). Everyone would like India to be equitable. But equity should be interpreted in terms of access to inputs and we should be legitimately upset if there is inequity in that. However, why should there be equality in outcomes? Of course, we have Article 38 of the Directive Principles. This states, ‘The State shall, in particular, strive to minimize the inequalities in income, and endeavour to eliminate inequalities in status, facilities and opportunities, not only amongst individuals but also amongst groups of people residing in different areas or engaged in different vocations.’ The second part is fine. But do we want the first too? Assuming we do, we will need data on the distribution of incomes. Defined by the distribution of incomes, we will need to know who constitutes the bottom 20 per cent of the population.

I am constantly surprised when people refer to the work of economists from the West, who work with data from the West, and assume India has data on the distribution of incomes. Since data come from household surveys and data on incomes are unreliable, with such a low percentage of the population paying income taxes, the National Sample Survey (NSS) does not collect data on income distributions. I do not have any data on how unequal the income distribution is, measured by any of the standard measures of inequality, such as the Gini coefficient. I do have data on the inequality of consumption expenditure. So I can figure out what is happening to trends in the inequality of that distribution. However, if I am going to identify the bottom 20 per cent, a survey, based on a sample, will not help. I need a census, with detailed enumeration of every individual or household. The NSS doesn’t do that. Therefore, people who say they will use the NSS to identify the bottom 20 per cent are talking through their hat. We do have censuses, like the old below-poverty-line censuses of 1992, 1997 and 2002. But these are old. Not only are these old, notions of poverty have changed and have moved away from unidimensional concepts based on being below a certain level of per capita consumption or income, assuming income data exist. I have mentioned the Socio-Economic Caste Census (SECC) data earlier. For rural India, we have a set of seven deprivation indicators: D1, households with one or less room, kuccha walls and kuccha roof; D2, no adult member between 18 and 59 in the household; D3, female-headed household with no adult member between the ages of 16 and 59; D4, households with differently-abled member, with no other able- bodied member; D5, Scheduled Caste/Tribe households; D6, households with no literate adult above the age of 25 years; and D7, landless households deriving a major part of the income from manual labour. This is a clear switch from income/consumption to other indicators of deprivation.

If we are going to work with anything at all, it will have to be something like the SECC. Notice, there are challenges with updating the SECC. That Census goes back to 2011- 12 and the urban side has not been as good as the rural. Working with this, or something like this, we can identify households who are below a certain threshold. This is akin to an absolute poverty measure, broadened to bring in other notions of deprivation. That is another catch, the SECC data are for households. There is no easy match between households and individuals. But the moment we do this, we identify households/individuals. Having identified them, we can figure out what percentage of the population they represent, as a derived result. We cannot start with an assumption of 20 per cent of the population.

This takes us to another issue, which has been analysed quite a bit. Let’s assume there is going to be income transfer to these households/individuals. There are only three ways this can be financed. First, we can cast aside fiscal consolidation and the Fiscal Responsibility and Budget Management Act. The government can borrow more. As one reported proponent of income transfers has argued, inflation is good for government revenue. Therefore, it is good to have higher rates of inflation, despite it being a regressive tax, since it hurts relatively poorer segments more. I personally think this route is disastrous, but it is certainly a logical possibility. We have been down this route in the past, without eradicating poverty. Second, we can cut down existing public expenditure and switch it to income transfers. Most public expenditure provides collective public goods required to get people out of poverty. Surely, a deprived individual is not going to be told—the government will not build a rural road. Instead, it will give you an income transfer. If you so want one, go and build the road yourself. Most public expenditure is collective in nature and there are no legitimate options of slashing it. There are some subsidies that are directed towards individuals, increasingly converted to Direct Benefit Transfers. Thus, not too many options for switching public expenditure. Hence, inevitably, to finance an income transfer, we are only left with one option: Raise taxes. Indirect taxes are part of the Goods and Services Tax (GST). Where items aren’t part of the GST, they are being increasingly brought under it. Therefore, without consulting state governments, you can’t do much about increasing the GST rates, even if you wished to do so. This leaves income taxes, personal and corporate. The hike will inevitably be a function of the size of the transfer. Subject to that, I think we are talking about tax rates in excess of 50 per cent, perhaps even higher. We have been down that route too, in the past.

John Maynard Keynes was very perceptive. He has a quote towards the end of his famous 1936 book, The General Theory of Employment, Interest and Money. ‘The ideas of economists and political philosophers, both when they are right and when they are wrong, are more powerful than is commonly understood. Indeed the world is ruled by little else. Practical men, who believe themselves to be quite exempt from any intellectual influence, are usually the slaves of some defunct economist. Madmen in authority, who hear voices in the air, are distilling their frenzy from some academic scribbler of a few years back. I am sure that the power of vested interests is vastly exaggerated compared with the gradual encroachment of ideas.’ I don’t think anyone is capable of saying it better. I only wish these defunct economists and academic scribblers knew India better.