On the Slow Track 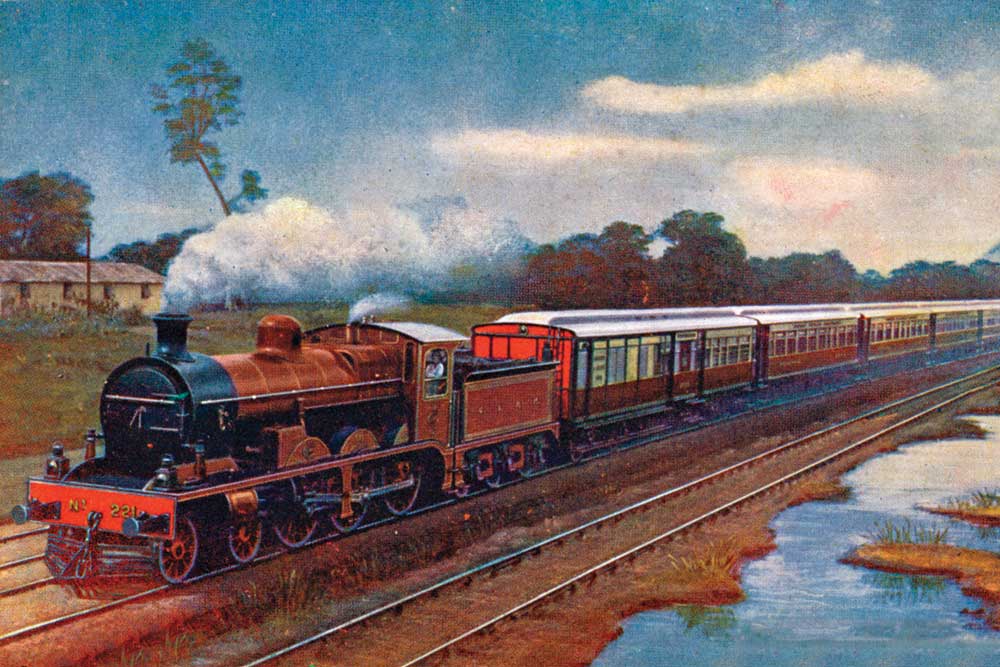 DEVELOPMENT IS OFTEN about connectivity. This term can be interpreted in many different ways, but one core element of physical connectivity is always transport. Within transport, there are various modes: rail, road, water and air. Some of these are squarely in the Union List of India’s Constitution. The Railways, for example. Also, ‘Highways declared by or under law made by Parliament to be national highways’, ‘Ports declared by or under law made by Parliament or existing law to be major ports, including their delimitation, and the constitution and powers of port authorities therein’ and ‘Airways; aircraft and air navigation; provision of aerodromes; regulation and organization of air traffic and of aerodromes; provision for aeronautical education and training and regulation of such education and training provided by States and other agencies.’

We will take these one by one. Most Indian citizens, regardless of whether they travel by the Rajdhani, Shatabdi or unreserved, will identify with the Railways. There is a template for improving the efficiency of Indian Railways and there is a list of constraints. The template isn’t India- specific, in the sense that other countries have also gone through similar problems. However, each country’s system has evolved in its own way; one can’t ignore that and simply import solutions from elsewhere.

‘The railway-system will therefore become, in India, truly the forerunner of modern industry.’ This is something Karl Marx wrote and most people are familiar with this quote. They may not necessarily remember where Marx wrote it and when. The piece was titled ‘The Future Results of British Rule in India’ and was written on July 22nd, 1853, though it was first published on August 8th, 1853. The year is important because the railways in India officially began in 1853—on April 16th, 1853, to be precise—and Karl Marx must have known about it. Railway development was relatively new at the time, not just in India, but everywhere in the world. Therefore, expectations of what the railways would do for economic development, industrial progress and productivity were no more than expectations. With the benefit of hindsight, we now know that, compared to many other countries in the world, railway development in India didn’t quite have those benefits, the kind that economists refer to as ‘positive externalities’.

‘Conceptually, there is a strong case for channeling resources to transport infrastructure in India given the widely known spillover effects of transport networks to link markets, reduce a variety of costs, boost agglomeration economies, and improve the competitiveness of the economy, especially manufacturing which tends to be logistics- intensive.’ This is a quote not from 1853, but from the Government of India’s Economic Survey of 2014-15. If this was being said in February 2015, presumably the expectations of 1853 had fallen somewhat short. Broadly speaking, there were two reasons for this. First, freight was neglected and the system’s emphasis was on passengers. Second, major geographical parts of the country were bypassed in the process of railway development.

That 1853 date is both right and wrong. At 3.35 pm on April 16th that year, with a 21-gun salute, a train with 14 railway carriages and 400 guests left Bombay’s Bori Bunder for Thane (then Tannah). With three steam locomotives (Sindh, Sultan and Sahib), that journey took 1 hour and 15 minutes. This was the first commercial passenger service, not the first train. Karl Marx knew this, since he talked about steam engines in the Burdwan coal districts. If quiz books are to be amended a bit about the country’s first train, one should mention ‘1837’ and ‘Chintadripet’. The Red Hill Railroad (RHR) is associated with the name of Chintadripet. This Red Hill Railroad was built in 1836, two decades before that Bori Bunder to Thane train, but the service was closed down in 1845. The reasons for that needn’t concern us. The 1840s were a decade of discourse and debate. Though no further trains would run till the 1850s, two major railway companies were formed in the 1840s: the East India Railway Company (EICR) in 1845 and the Great Indian Peninsular Railway (GIPR) in 1849. Madras Railway Company (MCR) was formed a little later, in 1853.

Between 1848 and 1856, Lord Dalhousie was the Governor General and he had a lot to do with the initial development of the railways. As for the debate of the 1840s and the issue of improving efficiency, the questions asked in the 1840s were not remarkably different from the ones we ask today. Who would build the railway lines? There was no ambiguity on this. The railways would be built by the private sector. Who would acquire the land? That would clearly have to be acquired by the Government and handed over to the companies on a lease, with the land reverting to the Government after the lease period was over. But would this be enough? After all, the Government would reap positive externalities from the railways. The capital couldn’t be raised in India. It would have to be raised in England. Without some kind of capital contribution from the Government, would the venture be attractive enough? Should there be some kind of guarantee system? What figure of a guarantee would suffice? What capital base would that guarantee figure be worked out on and would there be some estimate of how much (per mile) railway construction would cost? How would profits be shared between the company and the Government? The resultant guarantee system has been criticised almost universally and we needn’t get into that.

In 1850, Lord Dalhousie wrote a ‘Minute’ to the Court of Directors of the East India Company on the introduction of railways. This covered every possible issue one could think of then. This should not be confused with a subsequent Minute of April 20th, 1853. Here is a quote from the first of those: ‘The British Legislature fell unconsciously and perhaps unavoidably, into the mischievous error of permitting the introduction of two gauges into the United Kingdom…. The Government of India has it in its power, and no doubt will carefully provide that, however widely the railway system may be extended in this Empire in the time to come, these great evils shall be averted, and that the uniformity of the gauge shall be rigidly enforced from the first.’ On the gauge issue, there was no standardisation across early British collieries on which the initial railway gauge came to be based. There was a range from 1,219 mm to 1,524 mm. The gauges are still not standardised across India. In India, broad gauge is 1,676 mm, metre gauge is 1,000 mm and narrow gauge is 610 mm or 762 mm. Despite Lord Dalhousie’s preference for a uniform gauge, that didn’t materialise. Since their costs were lower, narrow and metre gauge tracks proliferated. That is the historical context of the current gauge conversion plan, Project Unigauge. The 1853 Dalhousie Minute was the edifice on which the railway system came to be built. The four approved major trunk route networks were: 1) Calcutta-Delhi and onwards to Lahore and the North West Frontiers; 2) Bombay- Delhi; 3) Madras-West Coast/Malabar; and 4) Bombay Baroda and the Central Indian Railway. It was also contemplated that the Calcutta-Delhi line would meet the Bombay-Delhi line at some unspecified point. This leads to an obvious fact that is often ignored, though it left a legacy. At the time, there was no plan for a Calcutta-Madras line. Nor were there plans for a line from the central parts of India extending to the country’s south-east. This was how parts of the country were left off the railway map.

The uprising of 1857 caught the British unawares and there was criticism that had railway construction proceeded according to its schedule, British defence and security interests could have been ensured more satisfactorily. Hyde Clarke, a railway economist and the editor of the Railway Times published an interesting monograph in 1857 that shows how perspectives had shifted. With the governance of India moving from the East India Company to the British Crown through the Government of India Act of 1858, questions were raised over the nature and form of British rule. There were the deliberations of the 1858 Parliamentary Commission on ‘Colonization and Settlement of India’, for example. Hyde Clarke’s idea was partly one of governing the country from hill stations like Darjeeling and Simla, considered ‘English towns’ that were at a distance from mainstream India. This explains the notion of adding branch lines to trunk lines and connecting hill stations like Darjeeling, Nilgiris, Ooty and Simla. It also explains the focus on recruiting Eurasians at subordinate levels of the railway bureaucracy. The British segregated themselves, not only in cantonments, but also in railway colonies and hill stations. Urban spaces such as civil lines were designed with this objective in mind. Lord Canning had succeeded Lord Dalhousie as Governor General in 1856 and he focused on railway architecture as a means to make stations defensible against attacks, with them to be kept ready for conversion into army fortifications and even serve as temporary housing at times of emergency. The railway station in Lucknow is a good example of how this was implemented.