Five measures to transform the Railways 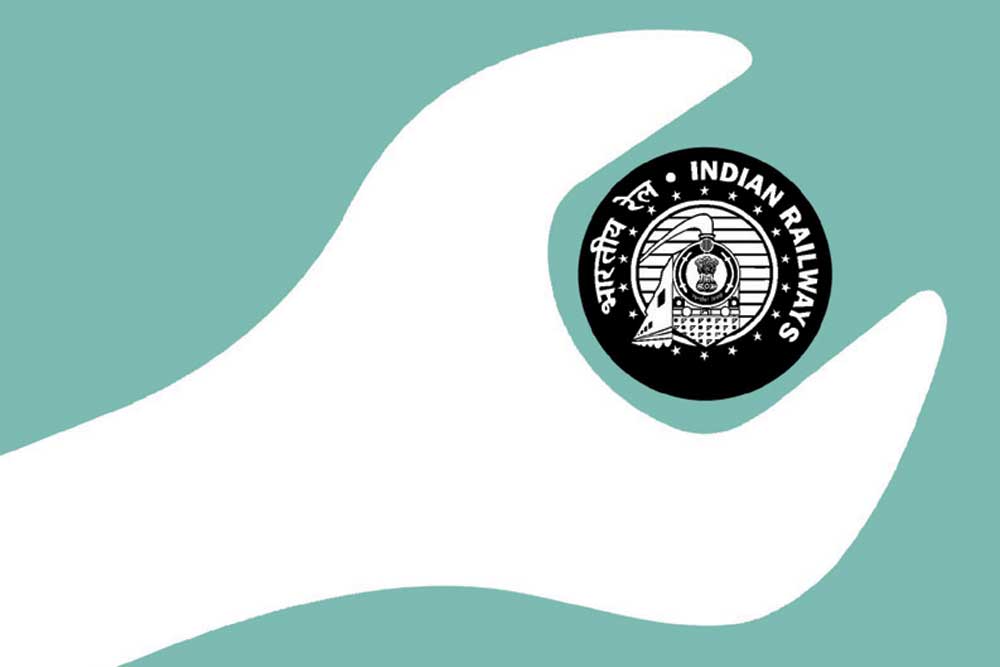 EVERY CITIZEN IDENTIFIES with the railways. Therefore, every citizen has his or her own take on what railway reforms should be. Wi-Fi on trains, Delhi-Mumbai travel at 250 kmph, train stations that look like airports. Railway travellers are a heterogeneous group. While a small proportion travels on Rajdhani or Shatabdi, 95 per cent of passengers still travel unreserved. It’s not that the demands I listed are illegitimate. I will address some such sundry issues in the next column. In this one, I will list five key reform pillars that cut across all railway issues. Without these five, all other reforms will be non-starters.

First, there is the question of privatisation. That word is freely bandied around. What do we mean by privatisation? Today, there is something known as the Indian Railways (IR). Are we planning to sell off its equity? That’s one definition of privatisation. Alternatively, I can allow private entry into areas earlier reserved for the IR. That’s another definition of privatisation. Many people are unaware that the latter has already happened. Most services delivered to travellers on IR trains are privately provided. But then, in common perception, that kind of private entry is equated with the private sector running trains. Again, many people are unaware that the private sector is already allowed to run trains. Not just goods trains, but passenger trains too. The policy allows it. In that case, why don’t we see private trains? There is a capacity constraint. Inadequate investments have been made in building tracks and maintaining them. Too many trains run on those limited tracks. To run a train, one needs what is called a path, from point A to point B. If you want to run a private passenger train between Jodhpur and Jaisalmer, the IR will possibly be able to give you the path. But this isn’t a lucrative segment. You want to run a passenger train between Delhi and Mumbai. Today, until capacity constraints are eased, the IR can’t provide that path. That’s the reason there are no takers for private trains, despite the policy allowing it. We may of course have a situation (if the Railways Act is amended), where there are a couple of private coaches on the IR-run Rajdhani, with the private sector free to charge its own fares. Let’s turn to the other aspect of privatisation, selling off equity in the IR. The IR has several things: hospitals, schools, production units, trains that it runs and infrastructure that it owns. Though railways in India initially developed through private- sector participation, the railway infrastructure (tracks and related equipment) is now vertically integrated. It cannot quite be privatised without disastrous consequences. Therefore, there can be a publicly held Indian Railway Infrastructure Corporation (IRIC) or something like that, and this can be delinked from that bit of the IR which runs trains—let’s call it Indian Railway Train Corporation (IRTC) So we unbundle the present IR. The IRTC runs trains in competition with the private sector. There is no need for the IR to run hospitals or schools, and its production units can be hived off. While we can debate how this template is going to be pushed, I am only pointing out there are several nuances to privatisation.

Second, let’s assume one is trying to hawk some part of that unbundled IR through privatisation. It stands to reason one would like to know the assets and liabilities of that part of the IR, its revenue and cost streams. Indeed, one should know these even if one is not attempting to hawk anything. In other words, commercial accounting is a prerequisite to many railway reforms and I am surprised commentaries on railways don’t pay sufficient attention to this issue. I haven’t seen too many reports on the recent decision to switch from cash-based to accrual-based accounting. Every organisation, public or private, needs to fix human resources (HR) and accounts. Everything else follows; and without these, nothing follows. Accounting reforms in the IR have been talked about a lot. Accounting reforms mean many things: 1) a switch to accrual-based accounting; 2) using that to devise a performance costing framework for different activities and services; and 3) then using that to monitor outcomes properly. An accounting reform project was sanctioned in 2004-05, funded by the Asian Development Bank. Between 2004 and 2014, nothing much happened, beyond appointing a consultant and receiving a report. Things started to change in December 2004 or January 2015. That first module, of a switch to accrual accounting, was first implemented as a pilot project in the Ajmer division and its workshops, with the Institute of Chartered Accountants brought in. With the Ajmer experience (fixed asset registers, depreciation principles, guidelines for asset valuation when cost data are not available), in September-October 2015, the IR expanded the scope of the pilot to all of the North Western Railway (NWR). To try it out in a product unit, Rail Coach Factory at Kapurthala was identified for a pilot in April 2016. A pilot cannot remain a pilot indefinitely. At some stage, it must be extended to all of the IR. A minor point. The Railway Budget may have gone, but the IR still needs to conform to accounting norms of the Comptroller and Auditor General and Controller General of Accounts. The IR is still part of the Government of India system and has to maintain a link with that system of accounts. It will therefore have to report both sets of accounts, not a big problem.

Fourth, there must be an independent regulator (the IR has decided to call it a Rail Development Authority). There is the publicly held IRIC that I have mentioned. There is also the IRTC, which runs trains in competition with the private sector. Today’s Railway Board becomes a corporate board for the IRTC. The Railway Ministry articulates the policy underlying principles of competition. The regulator ensures these principles of competition are fairly followed and do not discriminate against private players, in favour of the IRTC. (Access to track and standards can also be barriers to competition.) The regulator also recommends tariffs for passenger and freight, and depoliticises them and ensures social-cost obligations are also imposed on the private sector. This is the general reform template, and it represents work in progress. An edifice built over several decades cannot be scrapped overnight, especially if there are strong vested interests against change.

Fifth and last, there must be decentralisation. Down the years, there has been too much centralisation and too many powers have been concentrated in the Railway Board. There was a far greater degree of decentralisation, not just in pre-Independent India, but also in the 1950s. Powers must be delegated downwards to general managers (GMs in charge of zones and production units), divisional railway managers (DRMs in charge of divisions), station superintendents and train superintendents. Actually, under the present government, quite a lot of decentralisation has taken place. There is a bound volume that lists all these orders, often unintelligible to ordinary citizens. However, we still have a problem. Having got those decentralised powers, officers are reluctant to take decisions on procurement, tenders and assorted other things. This is like a bird caged for a long time. Free at last, it is reluctant to fly away. The Railway Board should probably think of a manual that sets out standard operating procedures to be followed when such decentralised powers have been obtained.

These are the five critical building blocks necessary to reform the railways. Once these have been done, many of the other aspects we talk about will fall into place.