It takes a village to understand an unequal society 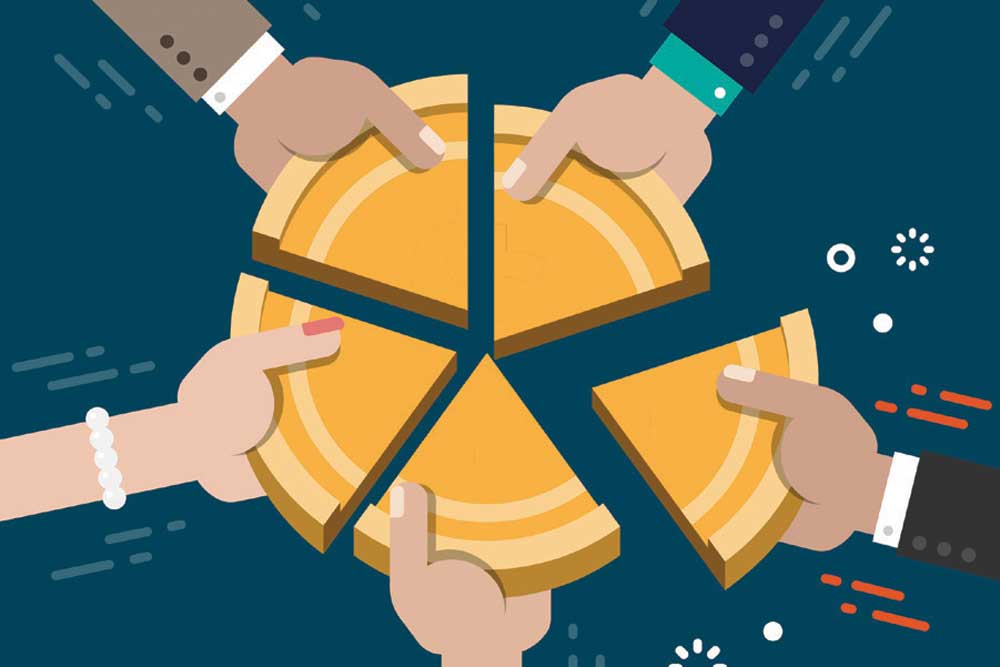 THE PLANNING COMMISSION has been overtaken by events. It was set up in 1950 through a Government of India resolution and there used to be Plans and Plan documents. I always find it educative to go back and read what was contemplated then. Not because of historical interest alone, but because many issues have not changed. The First Five Year Plan was for the period 1951-56 and here is a quote from the document of that Plan: ‘The urge to economic and social change under present conditions comes from the fact of poverty and of inequalities in income, wealth and opportunity. The elimination of poverty cannot, obviously, be achieved merely by redistributing existing wealth. Nor can a programme aiming only at raising production remove existing inequalities. The two have to be considered together; only a simultaneous advance along both these lines can create the conditions in which the community can put forth its best efforts for promoting development. The problem, therefore, is not one of merely re-channeling economic activity within the existing socio-economic framework; that framework has itself to be remoulded so as to enable it to accommodate progressively those fundamental urges which express themselves in the demands for the right to work, the right to adequate income, the right to education and to a measure of insurance against old age, sickness and other disabilities. The Directive Principles of State Policy enunciated in Articles 36 to 51 of the Constitution make it clear that for the attainment of these ends, ownership and control of the material resources of the country should be so distributed as best to sub-serve the common good, and that the operation of the economic system should not result in the concentration of wealth and economic power in the hands of a few. It is in this larger perspective that the task of planning has to be envisaged.’

If this were to be written today, the language used might be different, but there would be no substantive change in its thrust. There is a reference to the Directive Principles of State Policy. Article 37 from this Part of the Constitution states: ‘The provisions contained in this Part shall not be enforceable by any court, but the principles therein laid down are nevertheless fundamental in the governance of the country and it shall be the duty of the State to apply these principles in making laws.’ The Directive Principles are not justiciable, so to speak, but they inform policy, and courts have also taken cognizance of them for precisely this reason. From this Part, let me highlight two Articles. Article 38(2) states: ‘The State shall, in particular, strive to minimize the inequalities in income, and endeavour to eliminate inequalities in status, facilities and opportunities, not only amongst individuals but also amongst groups of people residing in different areas or engaged in different vocations.’ In Article 39, we have: ‘The State shall, in particular, direct its policy towards securing – (b) that the ownership and control of the material resources of the community are so distributed as best to sub-serve the common good; (c) that the operation of the economic system does not result in the concentration of wealth and means of production to the common detriment.’ I have left out parts of Article 39 that don’t concern us right now. Article 38(2) wasn’t there in the Constitution to start with. It was inserted via an amendment in 1979.

What determines income? It is the outcome of a process. We can regard certain things as inputs: roads, transport in general, electricity, water, health, education and skills, the judicial system, land markets, financial products, markets, technology and so on. While one can add more to this list, the point is that every citizen of the country should have equal access to these. That’s the true intent of inclusion and the true objective of policy. More than seven decades after Independence, citizens don’t yet have equal access to these. That’s a failure of policy, or its implementation. More on that later. For the moment, poverty is an absolute concept, while inequality is a relative one. Poverty is defined with respect to a certain poverty line, or some other minimal indicator of a subsistence level of living. For example, SECC data can be used to identify such households or individuals. The status of my being poor has nothing to do with your circumstances in life, at least not directly. No able-bodied person in working age groups is voluntarily poor. People are poor because they lack access to those inputs. There is a long history of Poor Laws and workhouse systems in England, where it was believed otherwise. The poor, it was thought, were deliberately lazy and slothful. There are references to Poor Laws and workhouses in the work of Charles Dickens, Oliver Twist being an obvious example. Where did Oliver Twist ask for more?

However, the odd exception apart, no one will buy that laziness and sloth argument anymore. Hence, the purpose of policy and government action is to ensure that people have access to those inputs. To distinguish this from the objective of reducing inequality, let me call this a ‘reducing inequity’ objective. However, inequality is a relative concept. What should we reduce inequality in? Income distribution? Why? That’s an outcome. We should reduce inequity in access. To use an example that may be construed as unfair, reducing inequity is like ensuring that everyone has equal access to an educational institution. Reducing inequality of income is like ensuring that everyone passes out with the same marks. To muddy waters further, income is a flow. Wealth is a stock. Inherited wealth is a separate matter. But that apart, income contributes to an increment in wealth. Should we have the reduction of inequality in the distribution of wealth as an objective? I am not suggesting there is any agreement or consensus on these issues. There isn’t. That is precisely the reason we need to think them through. There is also some cross-country empirical literature on how people react to income inequality. Perceptions of inequality are dynamic, not static. If my absolute standard of living is improving, I don’t really worry about such inequality. I worry if my absolute standard of living is stagnant, but yours is improving. I don’t really worry about such inequality if I perceive that my children will have a better absolute standard of living. And so on.

India lives in her villages. Most people will recognise who said this. It was Mahatma Gandhi. However, this isn’t quite an exact quote. What Gandhiji actually wrote was: ‘India is not Calcutta and Bombay. India lives in her seven hundred thousand villages.’ Since Gandhiji wrote those words, the number of villages has dropped by 100,000. There are several reasons why villages disappear. There is migration. Villages get integrated into urban areas. There is reclassification. What is a ‘village’? While talking about poverty and inequality, we often adopt an urban-versus-rural lens. Rural India is poor and deprived. Prosperity and development have bypassed rural India. The Census has a definition of a village. ‘Urban’ is defined in the Census, and whatever doesn’t satisfy that definition is ‘rural’. In that sense, the definition of a village is residual. If it doesn’t satisfy some characteristics, it is a village. It can’t have a municipality, corporation, cantonment board or town area committee. The population density must be lower than 400 per sq km. A certain proportion of the male working population must be engaged in agriculture. Most people don’t know there are 275 revenue villages in Delhi and I am not talking about the Commonwealth Games village. Census 2011 tells us there are a little less than 600,000 villages in India. A word of caution, though: these are what are known as ‘Census villages’. Sometimes, we use the word ‘village’ in a loose sense. Under that loose definition, there are villages under the Census village category as further sub-categories.

There is a side-point I want to flag. I think the definition of ‘urban’ that we use in the Census is outdated and needs to change. Let me explicitly state this definition now, though I have already indicated it. 1: All places with a municipality, corporation, cantonment board or notified town area committee. 2: All other places where there is a minimum population of 5,000, at least 75 per cent of the male working population is engaged in non-agricultural pursuits and the population density is at least 400 people per sq km. I don’t think this definition enables us to get a handle on policy, just as the definition of a village doesn’t. There is plenty of heterogeneity among those 600,000 Census villages. As definitions stand, the rural/ urban definition is not the right one to use. We lived for a long time in Vasant Kunj in Delhi. There is a main road that cuts through the locality. One side of the road is urban. The other side is rural.