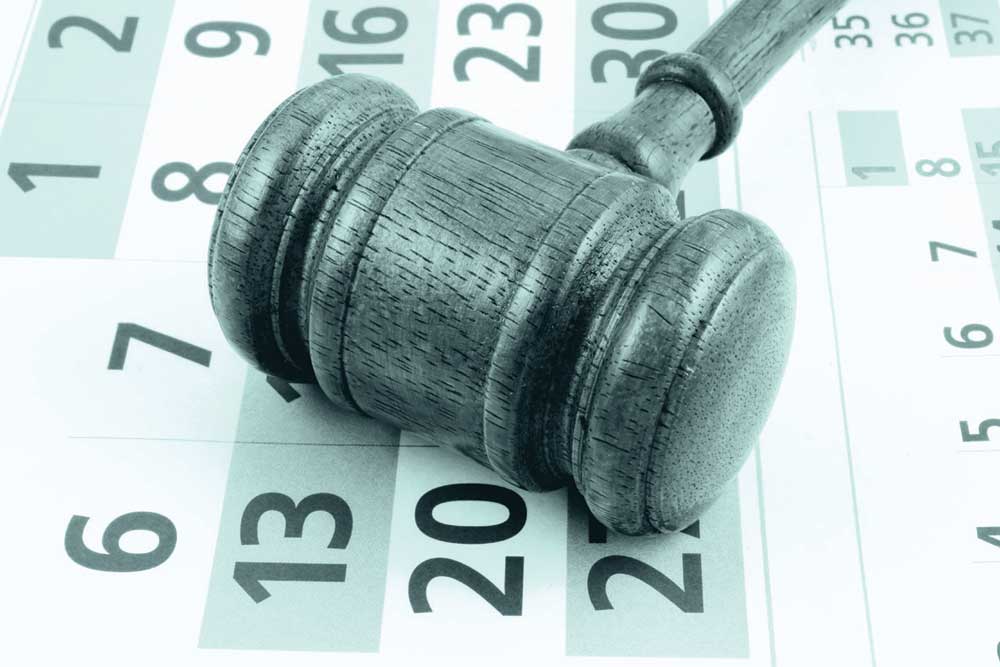 IN AN EARLIER column, I mentioned an aggregate backlog of 32 million cases stuck in India’s court system. The figures fluctuate a bit from year to year. But here’s the rough break-up: 60,000 cases in the Supreme Court, 4 million in high courts and 27.4 million in district and subordinate courts. As you might well know, or guess, the civil-to-criminal ratio varies, depending on which court we’re talking about. In the Supreme Court, 80 per cent of pending cases are civil. In high courts, 78 per cent of these are civil. In lower courts, 30 per cent are civil. The number of cases pending for more than ten years is 1,200 for the Supreme Court, around 780,000 for high courts and just over 2 million for lower courts. ‘There was, no doubt, a time when [the] Judiciary was highly respected by the people, who had faith in the quality of justice, dispensed with promptly by the Judges. Now the people have started losing faith in the entire judicial system because of every day increasing arrears… It is a usual phenomenon to hear [conversations] between suitors that they are not likely to reap the fruits of litigation during their life time. Eminent Jurists have gone even to the extent of observing that our justice delivery system is cracking under the oppressive weight of delay and arrears. It has been repeated ad nauseam that to delay Justice is to deny Justice…. From time to time, public attention has been drawn to this sorry state of affairs and though the matter has been frequently discussed both in the Parliament and outside, yet the problem has defied any solution. Pt. Jawaharlal Nehru, while addressing a conference of State Law Ministers expressed alarm at the slow pace of the wheels of justice and pleaded for a change of attitude and a genuine effort to accelerate the judicial machine which according to him was rusty and out-moded.’ I didn’t say this. I only quoted it. The Allahabad High Court said this, in a 1998 judgment (Siddhartha Kumar and others vs Upper Civil Judge, Senior Division, Ghazipur and others).

How many courts are there in India? That’s not easy to answer, and I am not talking about tribunals and quasi-judicial forums. This has to do with definition of a court. There is one Supreme Court. There are 24 high courts and around 15,000 district and subordinate courts.

In 2008, the Gram Nyayalayas Act was passed. This requires state governments to consult high courts and set up Gram Nyayalayas. Panchayats have always dispensed justice, though people may have legitimate concerns about the kind of justice they dispense and their biases. A bit more formally, in 1888, there was the Madras Village Courts Act (later renamed the Tamil Nadu Village Courts Act). In other words, there was a dispute resolution mechanism outside formal courts. If these work equitably and efficiently, there will be less pressure on the formal court system. That’s the argument. Subsequently, after the 1907 Royal Commission on Decentralisation, many provinces set up such village courts. Post-Independence, some states encouraged similar courts. This takes us to the 114th Report of the Law Commission (August 1986) on Gram Nyayalayas and it makes for interesting reading: ‘The prejudice that the Nyaya Panchayats composed of elected representatives suffered at the hands of the elite and the superior courts cannot be wished away. The growth of the Nyaya Panchayat was thwarted by the superior courts, but could not subscribe to the view that a lay person not trained in technicalities of law is capable of resolving disputes and rendering justice.’ The Law Commission supported Nyaya Panchayats and we had the Gram Nyayalayas Act of 2008. We should read Section 3(1) of this piece of legislation: ‘For the purpose of exercising the jurisdiction and powers conferred on a Gram Nyayalaya by this Act, the State Government, after consultation with the High Court, may, by notification, establish one or more Gram Nyayalayas for every Panchayat at intermediate level or a group of contiguous Panchayats at intermediate level in a district or where there is no Panchayat at intermediate level in any State, for a group of contiguous Gram Panchayats.’ Ten years down the line, by my reckoning, we should have had at least 5,000 Gram Nyalayayas. So far (2017-18 numbers), 321 have been notified (in 11 States) and 208 are functional. I do realise I am burdening this column with too many quotes. Even so, I am going to quote from that 114th Report yet again: ‘A litigant in search of justice since 1972 enriched his tale of woes at the workshop held in Banaras University at Varanasi. According to him, on an average, there is a floating population of 50,000 litigants including witnesses, who visit Varanasi District Court Compound daily. According to him, the average cost of transport plus snacks works out Rs 10/- per day per individual. The longest distance one has to travel to reach court at Varanasi measures about 58 Kms. Most of the placesin the hinterland within the jurisdiction of District Court at Varanasi are not connected by railway with Varanasi. Bus transport apart from being hazardous is very uncomfortable and tedious. One is required to travel on an average 21/2 to 3 hours one way. It does not require a genius to calculate this wasteful expenditure on what is euphemistically called search for justice, but shorn of embellishment it must be described as resolution of one’s legitimate disputes… Comparatively speaking, instead of numerous litigants and witnesses travelling to the seat of court, the court, namely the presiding Judge and two lay Judges and one or two staff members, all can travel in a jeep to be provided by the State.’ This is the mobile court idea, spliced with Gram Nyalayayas. The legislation allows them to handle some kinds of criminal and civil disputes. But clearly, the superior courts still don’t want this. The next time you hear about reform of the Supreme Court and high courts, do ask about this idea too. And also about family courts, required by a 1984 statute. The number of family courts is around 450.

I will offer one more quote to mull over, from Exodus 18, King James Version: ‘And it came to pass on the morrow, that Moses sat to judge the people: and the people stood by Moses from the morning unto the evening…. Thou wilt surely wear away, both thou, and this people that is with thee: for this thing is too heavy for thee; thou art not able to perform it thyself alone….Moreover thou shalt provide out of all the people able men, such as fear God, men of truth, hating covetousness; and place such over them, to be rulers of thousands, and rulers of hundreds, rulers of fifties, and rulers of tens…And let them judge the people at all seasons: and it shall be, that every great matter they shall bring unto thee, but every small matter they shall judge: so shall it be easier for thyself, and they shall bear the burden with thee.’ In case you are not familiar with the Bible, the later bits are Moses’ father-in-law advising Moses.

All told, let’s say we have 17,000 courts. How many judges are there? That too depends on the definition of ‘judge’. It is easier to pin this number down for the Supreme Court, high court and formally defined judicial officers at the magisterial, civil judge and district judge level. There are 31 judges in the Supreme Court, 1,079 in high courts (including additional judges) and 20,500 in lower courts. Therefore, we have 21,610 judges. These are approved or sanctioned strengths, not working strengths, the difference between the two caused by vacancies. (We will talk about appointments later.) Like the advice to Moses, an argument for more judges is often repeated, for example, in the 14th (1958) report of the Law Commission. We can probably take this proposition about more courts and judges as a given. But life gets complicated when a precise number is suggested for judges. The roots of this can be traced to the 120th report (1987) of the Law Commission on manpower planning in the judiciary. Given the number of times this report is quoted, it is remarkable how brief (10 pages) and laconic it is. Paraphrasing a bit, this is what it said. The US has (in 1981) 107 judges per million population, England has (in 1973) 50.9 judges per million population. If not 100, let’s aspire for 50 judges per million population. So we come to almost 70,000 judges, implying more than three times the present expenditure. As a back-of-the envelope figure, I think we are talking about additional capital expenditure of Rs 3 lakh crore (for additional courts and infrastructure) and annual additional revenue expenditure of Rs 30,000 crore (for judges and support staff).

That indeed is the point. Resources have opportunity costs. There are trade-offs. Reforms are also about this, prioritising across the needs. In any democracy, there is a process through which such decisions are taken. I don’t think there is support for such a resource switch for either the police or the judiciary.