Going against the precedent of earlier prime ministers, Narendra Modi has done away with the post of media advisor 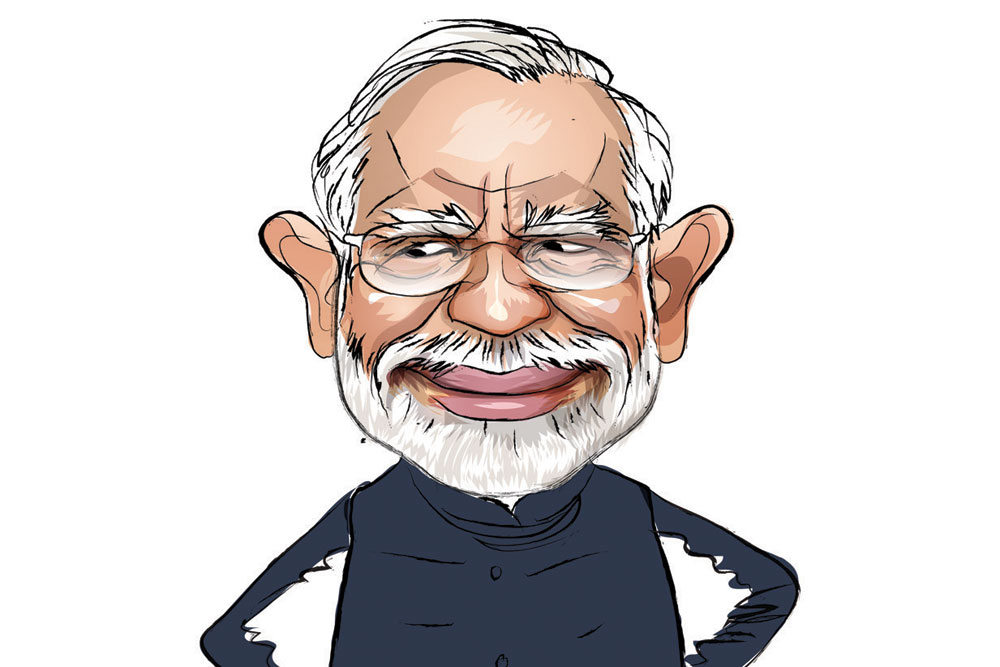 
Narendra Modi does not believe in having a media advisor. Going against the precedent of earlier prime ministers, he did away with the post. In South Block, the dedicated first floor office of media advisor is used by his communications officer. But chief ministers in his party think otherwise. In Uttar Pradesh, Yogi Adityanath recently appointed a media advisor, Mrityunjay Kumar, a senior journalist of Gorakhpur who is close to him. Even his deputy chief minister has an officer looking after media relations.

A Question of Protocol

Usually the Indian President gives the National Film Awards. But this time it was Vice President Venkaiah Naidu who did the honours at Vigyan Bhavan. The absence of President Ramnath Kovind had an interesting story behind it. As per protocol, the President cannot stay for more than an hour in an event and there should not be more than 11 categories in any award giving ceremony. Last year there were more than 11 categories and so the President followed protocol, stayed only for one hour and 11 categories. The rest of the awards were given by Union minister Smriti Irani. It however led to a controversy with residual awardees asking why they could not get it from the President? So this time administrative rules were changed by the government so that instead of President, the Vice President can also give national awards. The only exception made this year was for Dadasaheb Phalke award which Amitabh Bachchan received later at Rashtrapati Bhavan.

With Andhra Pradesh chief minister Jaganmohan Reddy planning a trifurcation of the state’s capital, he is taking ideas from several urban planners. Amaravati, the capital planned by former chief minister Chandrababu Naidu, would as per the new plan be a capital only for legislative affairs. The Assembly would be there, so also housing of MLAs and related offices. The Naidu government had acquired huge land in Amaravati but Jagan has stopped many of those projects. The executive capital, including the offices and residences of the ministers, will now be in Visakhapatnam. The third capital will be in Kurnool, which will house the judiciary.

With the Jharkhand setback, the BJP headquarters has become a beehive of rumours. Some say that Narendra Modi and Amit Shah knew the party wouldn’t get a majority but still emerge as the single largest, which did not happen. Another thing being said is that there had been a suggestion to remove Raghubar Das and replace him as chief minster with a tribal face like Arjun Munda to head into the elections. If that had been done maybe the results would have been different. It is also being said that the expulsion of Saryu Rai from the BJP before the election did serious damage. It was a decision driven purely by the ego of Raghubar Das and the central leadership is said to be upset with him.

Hemant Soren, the just crowned Jharkhand chief minister, is creating a positive perception about himself. He cycled and touched father’s feet after the victory. Forty-four-year-old Siren is a devotee of Kali and is also planning to go to the Kalighat temple in Kolkata. During the election period, one of his close associates would often go to Kalighat to do special pujas for Soren’s victory. From Soren’s point of view, the goddess has delivered.

Earlier Sharad Pawar and Rahul Gandhi used to ignore each other, with the former preferring to communicate with Sonia Gandhi on political issues. But later the two developed a working relationship, especially during the Lok Sabha elections when they interacted frequently. But recently when Rahul went abroad, Pawar was critical about it. Without taking his name, Pawar said Congress cannot revive if the leader does not stay in the country. In the on-off relationship between the two, it is now heading towards off.

Who will be the next Speaker of the Jharkhand Assembly? Jharkhand Mukti Morcha as the largest party can claim the post. But its ally Congress is keen to get the post too. In Maharashtra, the Congress had got the post of Speaker when they came together with the Shiv Sena and Nationalist Congress Party. In the Jharkhand Congress, there is already a staking for the Speaker’s post with names of leaders like Rameshwar Oraon, Alamgir Alam and Rajendra Singh being touted. Alam has been made the leader of the Congress legislative party. And one of the other two could be a deputy chief minister. Sonia Gandhi and Rahul Gandhi are said to not want to micromanage the party in Jharkhand. RPN Singh, who is Congress in-charge there, is talking to chief minister Hemant Soren to sort out the postings.