Let us bring back traditional conversation. Face to face. 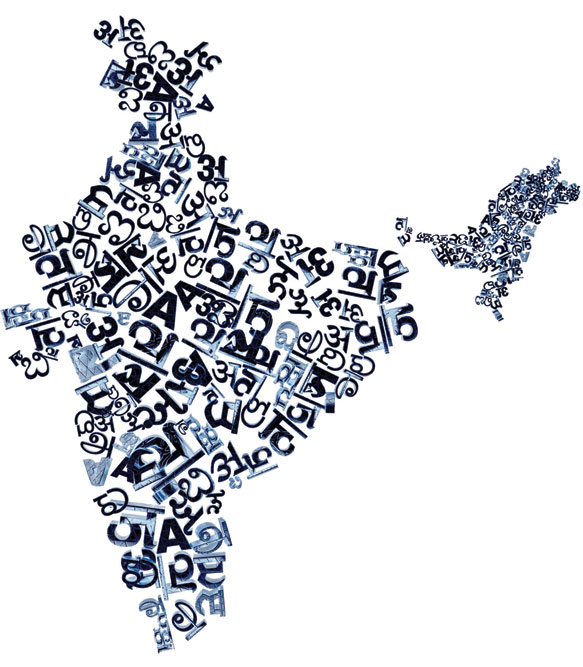 Two hundred thousand years ago when the first Homo sapiens appeared on earth, the seeds of a rudimentary language appeared. There is clear evidence that almost all animals are born with an innate sense of passing basic messages. From bird calls and mating calls of mammals, early forms of communication developed more than a million years ago. This basic language was used to ward off danger from predators, hunger and for other uses, such as procreation. It was about more than 150,000 years that human language evolved from grunts, squeals and laughter. It is reasonable to say languages as we know them today developed from a few mother languages. There is evidence that ancient languages like Tamil, Hebrew, Sanskrit, Arabic, Persian, Chinese, Lithuanian, Icelandic, Egyptian, Greek, Pali, Latin, Mayan and Gaelic are the first languages to emerge in a comparatively modern form, ranging between 5000 to 2000 BCE, to 100 BCR. Vedic people, the early Hindus, had a language which became the fountainhead of a great oral tradition.

Conversation evolved when the first communities developed and a social hierarchy took shape. These communities led to permanent civilization settlements which led to civilizations. It was the desire of early humans to have speech with one another which gave birth to story telling and then literature. So the easiest definition of conversation is one I had given in an earlier piece, which dwelt on the importance of conversation and societies. “In the ancient world the Greeks, Persians, Romans, Egyptians, Chinese and Indians all were conversational societies. The Greeks were masters of conversation-dialogue and monologues. The early philosophers had developed their conversation skills well enough. They gathered and conversed – it was a way of examining their own lives, with sophistry based conversations. In the 17th and 18th centuries in London, coffee houses became centres of conversation, and the French took the idea, and turned it conversations that were hosted and curated Salons. India had the balladeers and dramatists. The Mughals had DastanGois, the Japanese had Geishas and the Americans had iterant public speakers. Every folk tradition is based on the captivating trend of storytelling, which is another form of conversation.” In fact it was only after the invention of Gutenberg’s printing press in the 15th century that the written word got a wider reach as a communication tool. Let us not forget Tamil is the oldest language in the world and has an extensive literature called Sangam.

What is conversation? John Armstrong a philosopher in University of Minnesota has observed very skilfully in an essay written in 2011: “Conversation is civilized speech. It is more purposeful than chatter; more humane than gossip; more intimate than debate. But it is an elusive ideal. In our verbal exchanges we often switch from one topic to another – while conversation suggests something more sustained, more substantial. A conversation is a work of art with more than one creator. So, quite often, two or more people cannot rise to the level of conversation. They talk to one another. It may be cheerful, it may be polite, it may be a bit funny, it may be informative. But it lacks something crucial to conversation: the risk of seriousness.”

Interestingly the Upanishads had expounded similar views where it differentiates between Varta (talk) Samvad (dialogue) and Shastrarth (informed discussion), though both signify conversation. We must not forget that except for an occasional talk with ourselves, conversation presupposed another person.

However post the Second World War, technology aided by transistors and silicon chips ushered in the digital era. Fifty years ago the internet and mobile devices revolutionised our lives. We now live in an always-on networked society and it would be difficult to imagine a world without computers and mobile phones, without Google, email and more recently, Facebook, Twitter, Instagram, WhatsApp, TikTok, YouTube etc. We are spending five to six hours a day interacting with others through mobile telephony, messaging apps or gaming. With the coming of interactivity via the internet (Web3 and 4), E-Commerce and M-Commerce, which account for USD 5 trillion annually, are redefining the transactional world of the 20th century. From local bodies, large corporations to mom-and-pop shops, random individuals to celebrities and influencers, the last 20 years has altered human interaction. A new ling0 has emerged which is far more universal than any other language used so far. A study of social media gives us example of this universal lingo especially among Gen Z. From conversations with family members and close friends, to those with absolute strangers, hundreds of million people are talking online at any given moment. Often these conversations are trendsetters. Conversations define politics, sociology and the economy of the world.

While in the democratised world of Digital Clouds the notion of privacy itself is challenged. Where does conversation lie in this whole new world order? Nothing has changed more than conversation and human interaction. In a way everyone in the world has the ability to talk with one another instantly and see videos and images and interact in myriad ways. However as Melanie Chan of Leeds Beckett University says:

At the same time though, it is also important to acknowledge that some people value online communication because they can express themselves in ways they might find difficult through face-to-face conversation. This is the classic conundrum of the networked age where virtually everyone is empowered to start or interject a public discourse or a personal chat.

It is estimated that about 60 per cent of people on Earth spend up to six hours on their mobile phones. While a universal slang has developed around these devices, all languages have adapted to the new internetworked society. The internet has spawned global stars through social media. Influencers, a term loosely applied to any star or others with substantial followers on social media, are a growing class of social media millionaires. Intervention by state regulation by various governments and 21st century billionaires is changing the contours of conversation and privacy. Some of you may recall the 1974 Francis Ford Coppola’s film The Conversation, which foresaw electronic eavesdropping and snooping. This is an everyday threat now. Privacy is nearly impossible as hackers can read, hear and copy virtually anything. No conversation is safe today.

Social media is fundamentally an open platform where anyone can just jump in a conversation that is already ongoing. Truth be told, I find online conversation easier than real life conversation. Yep, classic introvert! Oddly, I tend to be more confident networking in real life now than I used to.

What helped that is social media where a billion plus people from remotest areas to the most crowded metropolitan towns and cities communicate. Various attempts though have been made to interject or any and every device or secure communication.

Is there a perfect moment?

Do I have to be “friends” with the people who are chatting already? We do it instinctively, as naturally as breathing. We don’t really think about it (although sometimes we should). It just happens. We converse with one another because we were taught at a very young age to express ourselves. Conversation can be inspiring, informative, joyful, painful, empowering, and much more. But what makes it such an important topic right now in the age of everything digital?

More than ever, your audience is central to and part of your online marketing team. Discussions and conversations are now sought-after, value-added marketing tools. People in your audience have inevitably become part of your content planning and online marketing objectives. Before online interaction, conversations were primarily the role played by customer service. But customer service means so much more now, whether live or virtual. The person on the other end of a phone or in a chat room must be well informed and conversant in an exchange of how-to’s and why’s.

E(M) Commerce, E-Banking and other electronic channels sometime interact and work together, but that interaction depends on what goes where, with the goal being to stimulate conversation or stop it. A channel can add to the conversation or just sit there, depending largely on how the feedback is managed. The zenith of shared conversation (content) is going viral through the channels that you have hand-picked. In the next few decades Metaverse, the medium and the company, of virtual reality will intrude into conversations.

The other change in conversation today which we are witnessing is trolling and hate speech. Anonymity is liberating but it is a double edged sword. While it becomes a public watchdog and a saviour in emergencies it also becomes a manipulator of public discourse. Our day to day conversation is full of platitudes, discourtesies and innuendo. Language has become coarse and the Supreme Court of India in a recent judgement has come down on the Government for allowing ‘hate speech”. Unfortunately unverified or often planned post on the internet has become the fountainhead of all news. What is called “going viral” is nothing but the rapid spread of controversial and provocative images, words and voices.

The problem really is that the total time of talking has increased but true conversation has been replaced by rhetoric, clichés and platitudes, and on social media (via trolls and memes) abuse and propaganda. There is no dining table talk anymore. Fireside chats, roadside gossip in town squares or village chaupals is fading away. In metropolitan cities hanging out in street corners or sports fields has given way to people focused on their mobile phones. Whichever gathering you go to people spend more time on networked devices. Every language, even in the remotest parts of the world, is hooked on to a phone or other mobile devices

Let us bring back traditional conversation. Face to face. One learns so much about others from the way they talk. Our literature and cinema, in fact culture has emerged from our conversations.