Responses to the Dera violence bring out liberal duplicity 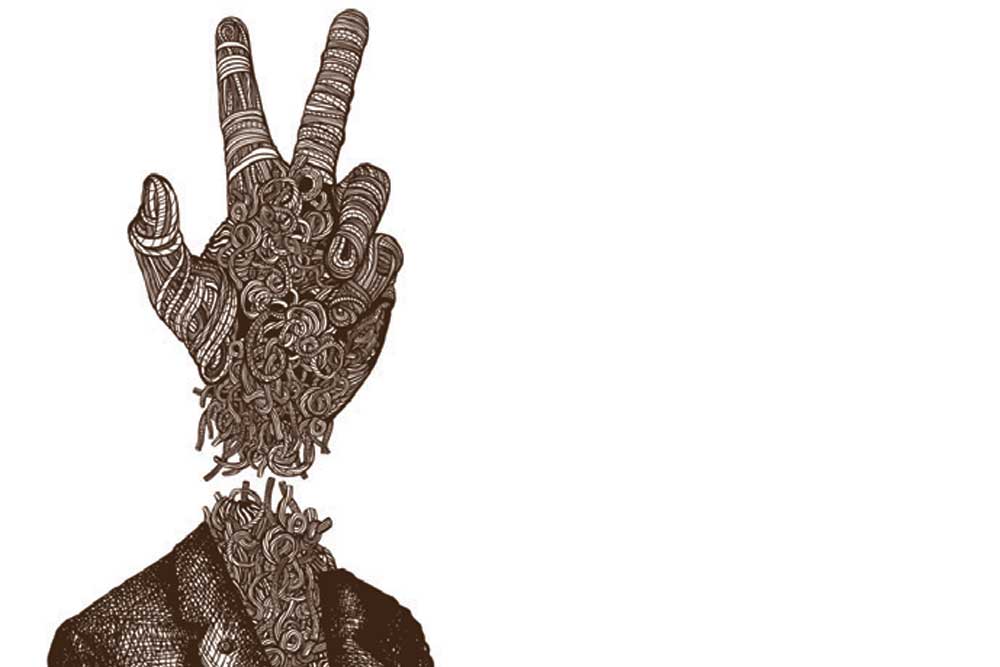 THERE WERE NO elegies penned for the 38 ‘premis’ of Dera Sacha Sauda who died on August 25th. They were ordinary people, the faithful of the self-styled Baba Gurmeet Ram Rahim Singh Insan, drawn largely from the country’s subaltern classes—the blurry ‘masses’ to upper middle-class India. Among the deceased were a teenager and an 80-year-old man, both from families of modest means. They deserved more than a cursory news mention, but apparently did not merit even a footnote in the mainstream Dera narrative. No tears were shed for them and no pulpit thumper asked us to mourn their violent passing. There were certainly no candles lit and wreaths laid, and no calls for a judicial probe of the killings from those who routinely make such demands.

Apart from a few buses, a grand total of three news broadcast vans, one ambulance and one fire engine bore the brunt of the eruption of Dera followers that day. At the end of it, all the dead were agitators. Yet, the Judiciary and sections of the ‘progressive’ public and so-called intelligentsia had closed ranks on a need to deploy heavy force to control the largely unarmed Dera crowds gathered in Panchkula for the court verdict on their spiritual leader. Their tribulations in life may have driven them to the Dera, but their deaths appear to have earned them very little empathy.

For a moment, imagine if the flags being waved and banners being held up by that massive gathering were not of the Dera, but red or green. Grievance mongers would likely have protested what they’d consider just another example of high-handed action by an insensitive state. For a clearer comparison, recall the events at Mumbai’s Azad Maidan about five years ago, and the response of liberals to it only highlights their hypocrisy.

On August 11th, 2012, the Raza Academy had organised a protest rally on that ground in solidarity with Myanmar’s Rohingya Muslims reportedly being branded Bangladeshi immigrants and persecuted by its Rakhine Buddhists. The protests were also against the violence that July in Kokhrajar, Assam, where Bodo tribals and Bengali-speaking Muslims had clashed over land and other resources for livelihood. The then Assam Governor had sent a report in 1998 to President KR Narayanan, warning of the dangers of Bangladeshi incomers overrunning Assam and one day claiming it as part of a greater Bangladesh.

The organisers of the Azad Maidan rally told the police they expected 1,500 protestors. But intelligence inputs noted that provocative messages were doing the rounds urging people to turn up in far larger numbers. On the day of the rally, the police estimated an initial gathering of 15,000 that swelled later to 40,000. Around 3 pm, according to police accounts, the crowd turned violent in response to inflammatory speeches and the circulation of pictures purportedly from Assam of Bengali Muslims allegedly being attacked. In the ensuing riot, OB vans, police personnel and media crew were targeted. The police say this was followed by the torching of vehicles, pelting of stones and other acts of arson, with the mob’s fury quelled only after they brought in reinforcements to block it from reaching Chhatrapati Shivaji terminus across the Maidan. By the end of it, the riot had notched up two deaths and injuries to 54 people, including 45 policemen. The Mumbai Police estimated the losses by way of property damage at Rs 3 crore. But liberals and other flag-bearers of secularism sprang to the defence of the rioters. They were also all praise for the restraint displayed by the cops.

What we saw in Haryana on August 28th was a study in contrast. As the death toll kept rising, TV channels duly reported the casualties. Attacks on the OB vans of India Today TV, NDTV and News24 led the news on their respective channels, while the deaths of Dera followers became secondary. Liberals who usually take to loud cop-bashing when the rock hurlers of Kashmir or Maoists of Chhattigarh face action now sought even harsher measures against Haryana’s agitators. The liberal response was in keeping with their charge that nothing is right in Modi’s India and that Hindu devotion is obscurantist. They conveniently overlooked the fact that it was during Prime Minister AB Vajpayee’s tenure that the case against the Dera chief was registered, done on the basis of an anonymous letter he received in 1999. Also brushed under the carpet was the fact that it was subsequent Congress-led governments that had gone slow on that FIR. Once the noise settles down, it’s time to call out the duplicity of liberals. The colour of flags predicts where they stand.