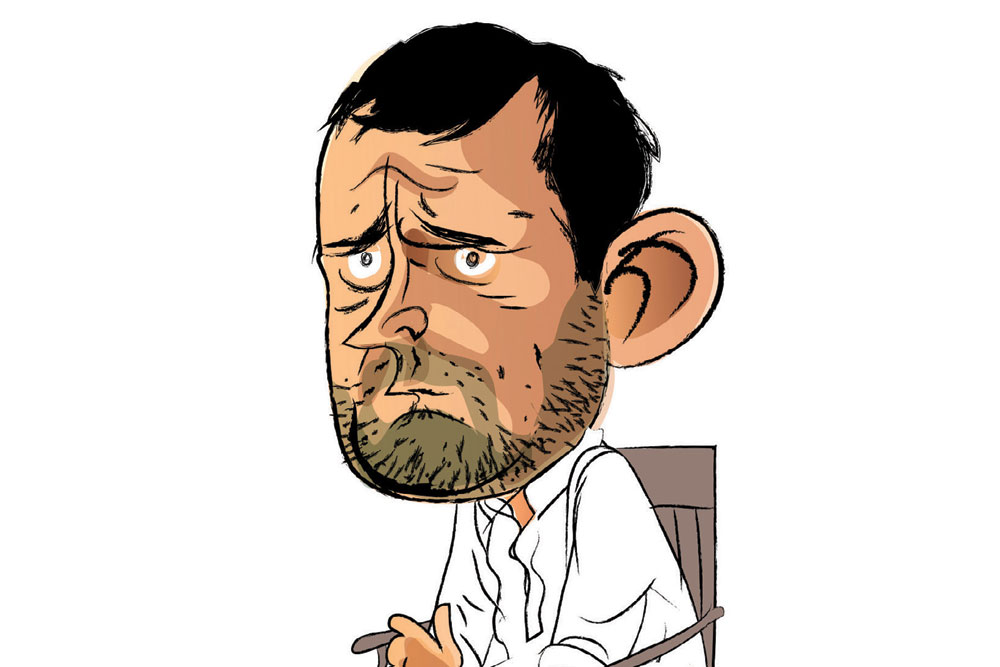 
Where is Rahul Gandhi and what will be his role and strategy for the upcoming Assembly elections? This is a general subject of discussion at the Congress party headquarters on 24 Akbar Road. He had tried to reach Kashmir following the shutdown but had to come back from Jammu airport. Sonia Gandhi held a Congress Working Commitee meeting but he was missing from it. In Maharashtra and Haryana, where election will be held on October 21st, Modi and Amit Shah have started the campaign but Rahul is yet to get going. His only political activity seems to have been visiting his constituency in Kerala twice after the Lok Sabha election. He might be disassociated but still remains the main face of the Congress. Sonia, while extremely popular in the party, has health issues making her unable to travel. The party feels that Rahul should end his political hibernation. The Congress announced that on October 2nd, Sonia will start a padayatra in Delhi and Rahul in Maharashtra. Party workers are hoping that it will signal his return.

Now that Arun Jaitley is no more, who will get the Rajya Sabha seat vacated by him? Several BJP leaders, especially those defeated in the Lok Sabha election, are said to be lobbying hard. One rumour says that former minister Manoj Sinha, who lost in Ghazipur, is the frontrunner. But as one BJP insider said, only two people—Modi and Amit Shah—will make the decision and nobody else knows anything.

Now that Article 370 that gave special status to Jammu & Kashmir has been abrogated, Narendra Modi is keen to get people to visit the Siachen glacier with the rider that only Indian citizens will be allowed to go there. Siachen is in Ladakh, which is now a Union Territory. Modi has apparently talked to Army chief Bipin Rawat and National Security Advisor Ajit Doval on this. There are a few high-altitude locations in India, all under military control, that the public are barred from. The Army is now looking at opening them up for Indian tourists and mountaineers. 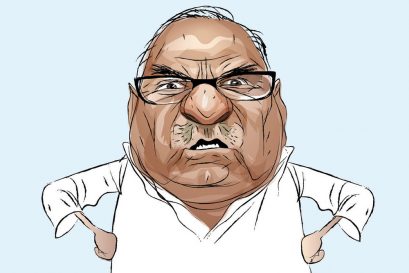 The vote in Haryana is less than a month away but former Chief Minister Bhupinder Singh Hooda finds himself a lone warrior as he leads the Congress into the election without much support even in his own party. Sonia Gandhi reined him in by making Kumari Selja state president. The Jat-Dalit combination could have reaped dividends but another senior leader, Ashok Tanwar, party president earlier, is opposing Hooda, so Tanwar’s followers might not work for the election. Kiran Chowdhury, Legislature Party leader for the last five years, and Randeep Singh Surjewala, close to Rahul Gandhi, are also said to be against Hooda.

Recently, Acharya Devvrat took over as the new Governor of Gujarat. The governor usually does not maintain direct contact with the public but his predecessor OP Kohli had opened the gates of Raj Bhavan to the aam aadmi. Devvrat told Chief Minister Vijay Rupani that he would continue that practice. So from Monday to Friday, between 5 pm and 6 pm, anyone can visit Raj Bhavan. The new Governor is also said to be close to the yoga guru-cum-entrepreneur Baba Ramdev and openly says that the latter has had a great influence on his life. He has invited Ramdev to be a special guest at Raj Bhavan.

There might be deep hostility between the Trinamool Congress and BJP but some of the personal rancour was tempered when Mamata Banerjee paid a courtesy call on Narendra Modi recently. She was meeting him after a long time and spent an hour at the Prime Minister’s residence. Banerjee told Modi that he had lost weight and looked fitter. Modi enquired about her daily habit of walking 10-15 kilometres on a treadmill at home. He also gave her some dietary advice, telling her to have adequate protein. Nothing like food to keep it cordial between political opponents.

A Question of Space 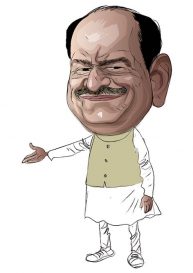 Sumitra Mahajan left the Speaker’s residence long back but her successor Om Birla is yet to move in, still staying in his bungalow at Ashoka Road. The reason: the public works department haven’t finished the renovation yet. But now that he is Speaker, Birla receives a large number of guests daily, especially from his home state, Rajasthan. And so he has made several temporary canopy accommodations for them. There are also temporary offices and staff seating arrangements. Birla’s neighbour, BJP leader Vijay Goel, told him that if he needed more space, he was welcome to send some of his guests to the neighbour’s home.

When Bangladesh Prime Minister Sheikh Hasina met Modi in New York recently, she was wearing a lovely dhakai sari but what many found noteworthy was that its design was full of small lotuses, the flower that is the symbol of the BJP. Modi is said to have not reacted but it became a subject of discussion among Ministry of External Affairs officials who were not sure whether it was a conscious decision or a coincidence.