In memory of VS Naipaul and Tushna Dallas 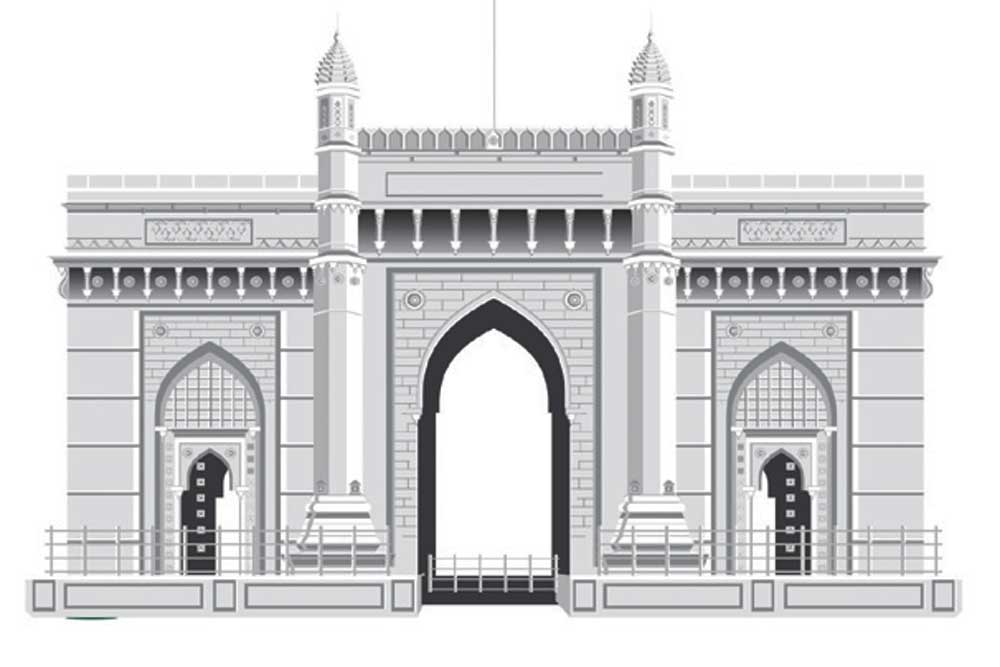 I WAS A STUDENT in London when I read VS Naipaul’s An Area of Darkness. It was a mistake, because as anyone who has experienced it, being away from your country makes you rosy-eyed and nostalgic, and reality (especially the sordid kind) fades into the distance. So I read it with mounting outrage and wrote an angry rebuttal, which was one of my first published articles.

Years later, now back home, I re- read the book, and found that raging against it was like raging against the mirror because in it was so much of the India we see every day but have taught ourselves not to see. In spite of that, and in spite of admiring Naipaul’s exquisite prose, I wondered why the writer was so testy and pessimistic, and in places almost vitriolic in his reaction to ordinary events.

When he came home for dinner years later, he had completed what you could call his Indian trilogy (India: A Wounded Civilization and India: A Million Mutinies Now). He seemed mellower now that India was out of his system; more likely, the writer and the person were two different people. At home he mingled quietly with guests, refused to hold forth as we had expected the Grand Old Man of Letters to do, and seemed to take a keen interest in what everyone did in their lives. (Perhaps the good listener was filing away stories for future use. Luckily, none of us was interesting enough to feature in his later books or articles.)

My last meeting with him was when he came to receive the Literature Live! Lifetime Achievement Award at our Mumbai literary festival. Now past 80, he was frail and confined to a wheelchair, but his mind was as sharp as ever. Since he had come in a couple of days early to get over jet-lag, I had arranged dinner at a friend’s well-appointed place. The invitees were well chosen, the wine was the best, and the menu looked appetising.

At 5 pm, Naipaul’s wife Nadira rang to say, “Vidia has changed his mind. He doesn’t feel well enough to come for dinner.” “But, but…” I spluttered. “You are welcome to come and get him to change his mind,” she told me. So I went to the Taj Mahal Palace Hotel, sat next to his wheelchair, and spoke about this and that. After a longish chat, I said, “Shall we go?” “Okay,” he said, and that was that, to everyone’s relief.

At the awards ceremony at the NCPA Tata Theatre, he spoke with writer and long-time friend Farrukh Dhondy in the slow, considered way that comes with a literary career: the words are well-chosen, sentences flow grammatically, and an argument is built up effortlessly. Most of us talk; a real writer speaks.

And without doubt, VS Naipaul was a real writer, perhaps the best user of language in the last so many decades. If his reputation was flawed, it was probably due to two things. First, his belief, often expressed, that ‘If a writer doesn’t generate hostility, he is dead.’ And complementing that, his refusal to read reviews or listen to criticism or respond to controversies he himself had generated. These combined to make him say the most cutting and unkind things to people, even his friends. That didn’t help his reputation at all.

Nor did his refusal to see any redeeming qualities in the societies he criticised. He saw them as victims of colonialism, but if he saw any silver lining to the dark clouds, he looked away. Would he have been a greater or lesser writer if his non-fiction was more balanced, more nuanced? There is no way to tell, is there?

TWO DAYS AFTER Naipaul’s death, Tushna Dallas too passed away. Everyone in the world of classical ballet or contemporary dance in India would have studied under her, or would at least have been influenced by her in some way.

Apparently, she decided on her future career as a four-year old when she saw an ‘Ice Capades’ show in the US. “I want to be an ice skater,” she told her mother. “Wonderful,” her mother said, “But there’s no ice in Bombay!” So Tushna switched to ballet, first learning it from a nun at a boarding school in Kodaikanal, then at the London College of Dance and Drama where she trained to be a teacher. She began her dance school in her home in Malabar Hill in 1966. Students qualified for various grades of the Royal Academy of Dance, London, and certificates were given after examinations were carried out by teachers flown in from there.

All the names in contemporary dance you hear of now, like Shiamak Davar, Terence Lewis and Ashley Lobo, came out of her school. Amazingly, till her final illness, Tushna carried on teaching, though she was in her seventies. She was small, and frail, but her shoulders must have been broad to carry the weight of these ‘alien’ dance forms all her life. Tushna Dallas didn’t see it like that. She said she had planted seeds, and it was wonderful to see them flower.