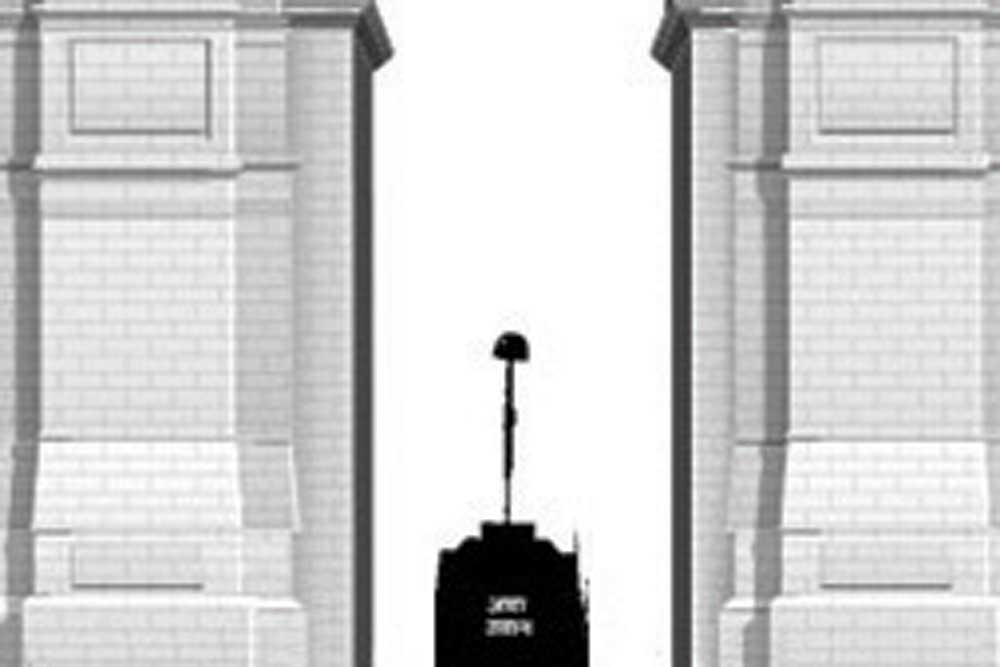 THERE MUST BE a hidden eye somewhere in the ruling establishment that watches over the media. But before critics of the Modi Government jump to conclude that this columnist has confirmed their fears, let me remind them that all governments take a dim view of an independent media, regardless of who is in power. Back in the early 60s, the late Rajinder Puri, easily the best political cartoonist that this country has produced, found himself rendered unemployable while still in his twenties when the capital’s leading English daily eased him out after he did particularly biting cartoons questioning Nehru’s failed China policy. How Indira Gandhi sought to turn the media into a poodle is well-documented. Rajiv Gandhi used the commissioning of Doordarshan programmes, which turned many a pauper into a multi- millionaire overnight, to make the media fall in line. Ditto for Narasimha Rao. Former journalist Pritish Nandy complains how his DD show was taken off air because he would not toe the line. Well, various state governments too follow a carrot-and-stick policy, granting generous ad campaigns and giving perks to favoured journalists while denying the same to others. Indeed, the AAP government in Delhi may have shown a lack of experience and skill when it comes to governance, but in controlling the media it has behaved like a pro, using its budget for advertising to ensure favourable coverage. Indeed, I have personally experienced ‘informal censorship’, partly because I find it difficult not to call a spade a spade, if not a shovel.

Therefore, for the celebrated news anchor Barkha Dutt to complain on social media that prospective investors in her TV project are being harassed and that channels willing to hire her services are ever so gently nudged to lay off does not come as a surprise. But what surprises me, as one who has been at it for nearly four decades, is the growing tendency of fellow journalists to groan and try becoming the story themselves. What Barkha is experiencing, if true, shouldn’t happen in an ideal state. But it is not new. It is an everyday occurrence in the media industry. We never had an ideal government—and will probably never have—that leaves the media alone to do its thing. For that is the nature of the industry, sections of which will always find themselves on the wrong side of a government, any government.

A finance minister of an earlier regime was notorious for complaining to newspaper owners if anything adverse found mention in their dailies. Also, he would find editorial positions for supplicant journalists far above their competence levels. Celebrity journalism is a relatively new phenomenon, with its practitioners eager to hog the limelight. A Hindi anchor who nightly spews venom against the current regime recently sought to play the martyr, getting a sister channel to run a show on his plight as a victim of relentless social media abuse by so-called ruling party bhakts. Scores of journalists over the years have borne the wrath of the authorities, especially in small-town India, without seeking personal glory and fame. Journalism when practised in relative anonymity flourishes the best. Part of the problem Barkha Dutt is facing may lie in the fact that she often became the story herself while covering it. Branded journalism exacts its costs. Bask in anonymity, and you may still avoid trouble.

IT IS A perennial paradox of public life: everyone in it pays lip service to honesty while blatantly defying those values in real life. That explains why every candidate for the Delhi and District Cricket Association is flooding its 4,000-odd members with SMSes, WhatsApp messages and multi-coloured brochures harping on their integrity and promising transparency in the affairs of the enormously rich cricket body. Since these are all honorary posts that have neither pay nor perks, it is hard to fathom why they spend such vast sums of money on fancy dinners and get-togethers at premium places for members. One of the candidates for the president’s post actually organised a musical extravaganza at a South Delhi auditorium where the Hindi cinema playback singer Adnan Sami was the main draw. At another gathering of fun and frolic held by a competing panel of candidates, a small group of party poopers, apparently sent by rival candidates, sought to disrupt the evening’s proceedings. Admittedly, a candidate or two in the fray for the polls are perceived to be clean, but then remember honest guys generally come last, don’t they?