Humour lost on netas and the media under Modi Raj 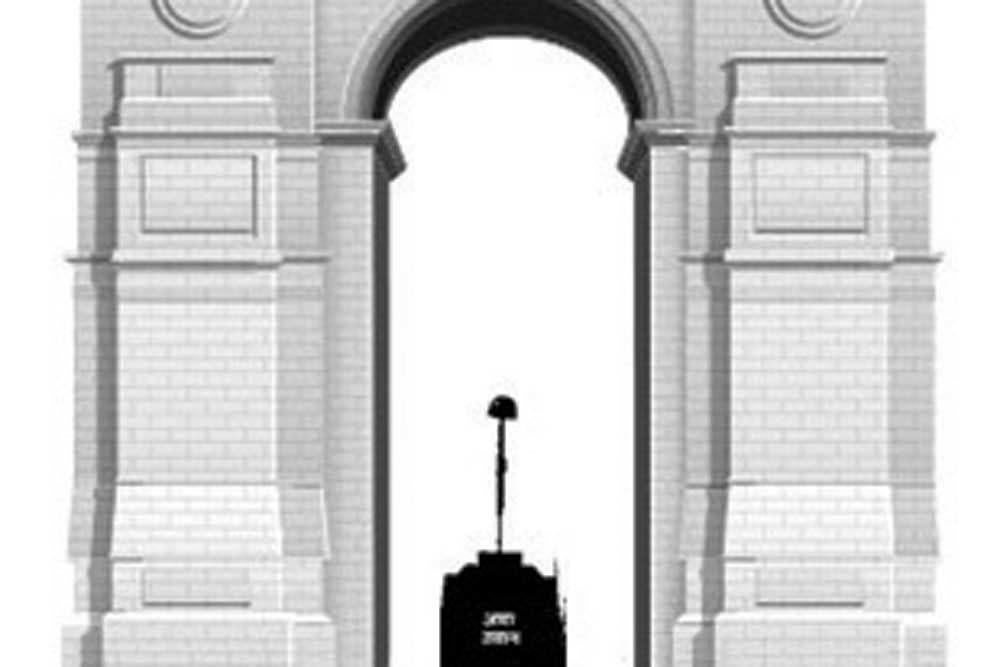 THE MORNING A New Delhi daily reported that the RBI had stopped having Rs 2,000 notes printed, and instead the security presses were furiously rolling out new Rs 200 currency notes to be introduced shortly, a number of opposition MPs looked bothered by the news. A few hours later, when Parliament met, the Samajwadi Party’s Naresh Aggarwal—who a couple of days earlier had had some nasty words to use against revered Hindu gods and goddesses that were expunged from the record—got up in the Rajya Sabha on an impromptu point of order. He wanted to know whether the news report was true, and, if so, why was the printing of the Rs 2,000 notes ended. In response, Finance Minister Arun Jaitley explained that a sufficient quantity of the big-denomination notes was already in circulation and therefore the RBI reckoned it had no further need to print these any further. When the member expressed dissatisfaction with the reply, adding that fears of a shortage of Rs 2,000 notes could develop, the Minister shot back, “Yours is not a point of order, it is a point of hoarder.” To the Minister’s surprise, no one caught on to the clever put- down, not even Aggarwal himself.

After the House recessed for lunch, Jaitley revealed his disappointment, saying his repartee seemed to have gone over the members’ heads. And then recalled how some years ago in the Delhi Metropolitan Council, a precursor of the present-day Assembly, the late Chief Executive Councillor Jag Pravesh Chandra had once sought to silence the leader of the opposition, Madan Lal Khurana, by telling him that while most people “think with an open mind”, “Khurana thinks with an open mouth.” This was a dig at the BJP leader who had a habit of keeping his mouth half- open (to which numerous photographs would testify). Chandra had later told Jaitley how his witty rejoinder had failed to register either with Khurana or other members of the House. Which was probably an apt comment on the intellectual levels of our netas.

THERE IS THIS little known lawyer who finds himself in all sorts of trouble after he bought himself a swanky bungalow in a tony part of Lutyens’ Delhi for a whopping Rs 100 crore plus. Arrested for laundering other people’s money at a hefty commission, apparently he is so desperate that his close relatives have taken to pleading with senior ministers for his release from prison. He is ready to turn approver in various legal cases, willing to name names, give verifiable information on the VIPs whose black money he had helped launder through a circuitous banking channel, but there seem to be no takers for his cries for help. Under the current regime, ministers have a hands-off approach to such matters. While investigative agencies pursue trails of illicit funds with the avowed aim of cleansing the system, they do not interfere with proceedings.

SPARE A THOUGHT for us journalists, please. With the swearing in of Narendra Modi as Prime Minister three years ago, the media had already lost one of its biggest perks—bragging rights. Modi has shunned the media at home and overseas as well. Never mind that he could sidestep the traditional media thanks to the growing popularity of Twitter, Facebook and other such social media platforms. The Prime Minister discontinued the earlier practice of sizeable media contingents invariably accompanying the country’s top leader on foreign visits. From Jawaharlal Nehru and Indira Gandhi to AB Vajpayee and Manmohan Singh, it was more or less de rigueur for a media party to travel on the Prime Minister’s plane. Modi put an end to it.

But President Pranab Mukherjee and Vice-President Hamid Ansari, both UPA nominees, persisted with the old practice. With Mukherjee now retired, and Modi’s handpicked nominee Ram Nath Kovind as the new occupant of the Rashtrapati Bhavan for the next five years, it is highly unlikely that media people will accompany the President on foreign visits. That may be true for the next Vice-President as well, especially if Venkaiah Naidu wins the contest against the joint opposition candidate Gopalkrishna Gandhi. Though Naidu has cultivated the media, which has reciprocated warmly, he may take his cue from the Prime Minister. Truth be told, there is little to report for journos while travelling abroad with the President or Vice-President. The real stuff happens on prime ministerial visits, which are anyway out of bounds for the media under Modi Raj.