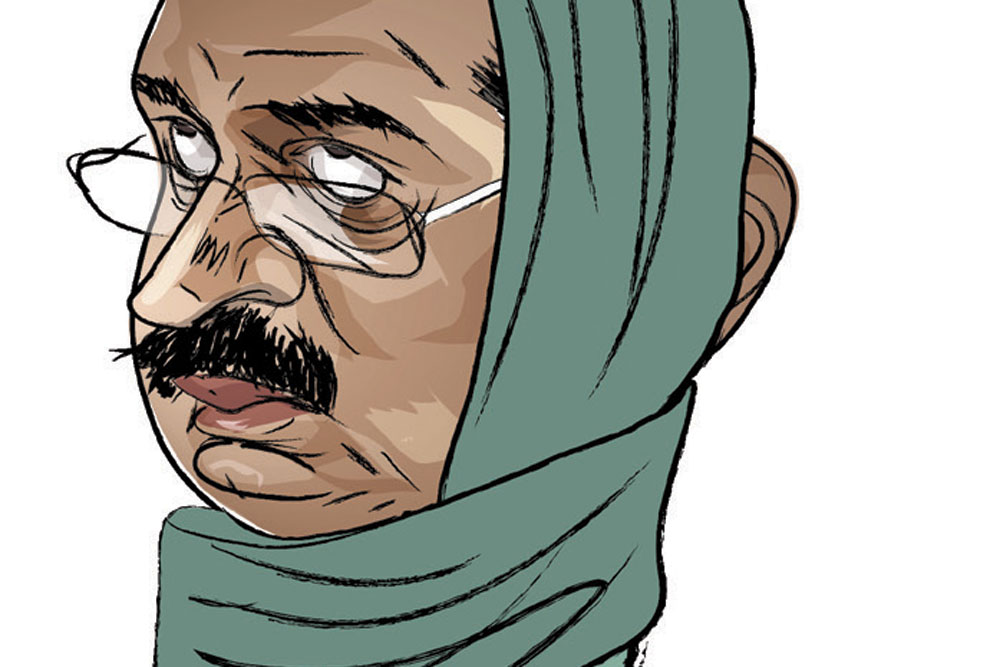 
With elections knocking on the door, Delhi Chief Minister Arvind Kejriwal seems to have had a change of strategy on how to deal with the BJP Government at the Centre. Earlier, he was unwilling to interact with ministers. Recently, he met the Prime Minister.

He has also started meeting Central ministers like Hardeep Puri, who is in charge of the Ministry of Housing and Urban Affairs. Kejriwal is also inviting Central ministers to inaugurate Delhi projects. Perhaps the realisation has dawned belatedly that he can’t work without the Centre’s cooperation. But all his recent bridge-building didn’t help when he was denied permission to go to the upcoming climate summit in Copenhagen by the Centre.

The Amit Shah-Mamata Banerjee meeting took place last month, but a little amusing detail about it emerged recently. They are both strong personalities but were not personally acquainted. Narendra Modi, for example, addresses
Mamata as ‘Didi’ but Shah referred to her in more distant ‘Mamataji’ terms. While the meeting was not unpleasant, there were jibes exchanged. Shah apparently told her point blank that two years later in the next Assembly election, the BJP would come to power in the state and that Bengalis had already made up their mind. Mamata coolly retorted, “Let’s see. The future will determine what the future will be.”

BJP Rajya Sabha MP Swapan Dasgupta is gradually becoming an important political figure in West Bengal. Recently, when Amit Shah was in Kolkata, he gave special importance to ‘Doctor’, as the late Arun Jaitley used to call Dasgupta. In the BJP meet at the Netaji Indoor Stadium, Dasgupta was seated in the front row. Shah invited him publicly to come on stage. During dinner later, Shah was seen to be taking his opinion on several issues and when he was going back to the airport at night, he requested Dasgupta to accompany him in his car so they could talk more. The buzz is that the BJP state president, Dilip Ghosh, is popular in rural Bengal but the party also needs an urban elite face which Dasgupta could offer.

The BJP is faced with the dilemma of who will be its face in the Delhi elections next year. In 2013, Harsh Vardhan was projected as their Chief Minister and the party got 32 out of 70 seats. But their choice of Kiran Bedi in 2015 backfired badly when BJP got only three seats. For 2020, one school of thought says that Manoj Tiwari should be the face because that would get them Purvanchali votes. It was why he was nominated state party president. But the other argument is that it is better to prop up Vijay Goel or Harsh Vardhan to get the Vaishya and Punjabi vote banks. Many expect Narendra Modi and Amit Shah, who will take the final decision, to not announce any name at all. 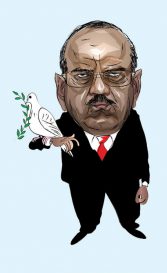 Pakistan’s official apparatus in India is in some difficulty because of strained relations with India. They don’t have a high commissioner now, making the deputy high commissioner perform the role. The absence of mobile internet connectivity in Kashmir has led to embassy officials not being able to be in touch with the Hurriyat leaders there. While Pakistan’s official position is no talks with India, unofficially they are said to have sent feelers to National Security Advisor Ajit Doval on resuming talks.

When Bangladesh Prime Minister Sheikh Hasina and Narendra Modi got together at a lunch event, Modi was fasting because of Navratri and so only took fruit juice. The menu was strictly vegetarian and the kitchen staff were told that if anyone was fasting, there should be special items like sabudana khichdi . What surprised many more than the food was Hasina’s choice of language. She spoke to Modi and External Affairs Minister S Jaishankar mostly in Hindi. Interesting, given that it is not the first language of any of the three dignitaries.

Jay Panda, who left the Biju Janata Dal for the BJP, might have seen his fortunes dip after the Odisha election results but he is slowly carving out a space in the BJP. In Karnataka, the party has been facing a lot of dissension and complaints against Chief Minister BS Yediyurappa. Amit Shah recently sent Panda there for a neutral, unbiased feedback. Panda silently travelled across the state, met a lot of leaders and then came back to brief Shah.

Rebel Without a Harbour 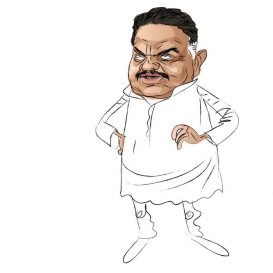 Congress leader Sanjay Nirupam, sidelined for the Maharashtra election, is openly speaking against his own party but is he planning to join the BJP as many are doing in the state? He has denied it but more than that the BJP itself is not interested because apparently Amit Shah is not in favour. The other option for Nirupam is the Shiv Sena. He used to be a favourite of Balasaheb Thackeray, who made him editor of the party mouthpiece Saamna’s Hindi edition and then gave him a Rajya Sabha seat. But since then, he has alienated the current Sena chief Uddhav Thackeray who won’t take him back. So the best Nirupam can hope for is to remain in the Congress and hope Rahul Gandhi returns to the helm as he has been demanding.

With Patna and several other areas in Bihar getting flooded because of heavy rains, there was a crisis for the opposition to capitalise on in the state. Lalu Prasad, who is serving a jail sentence and is also unwell, obviously wouldn’t be able to do it. But his family, which runs the Rashtriya Janata Dal, is also missing in action. One reason is in-house issues, estranged daughter-in-law Aishwarya has been on a public protest against her mother-in-law Rabri Devi. Plus, when the floods began, Tejashwi Yadav, who sees himself as Lalu’s successor, was in Haryana to campaign for his brother-in-law, a Congress leader. Some RJD leaders are said to be upset that the political opportunity to go against Chief Minister Nitish Kumar and the BJP was squandered.