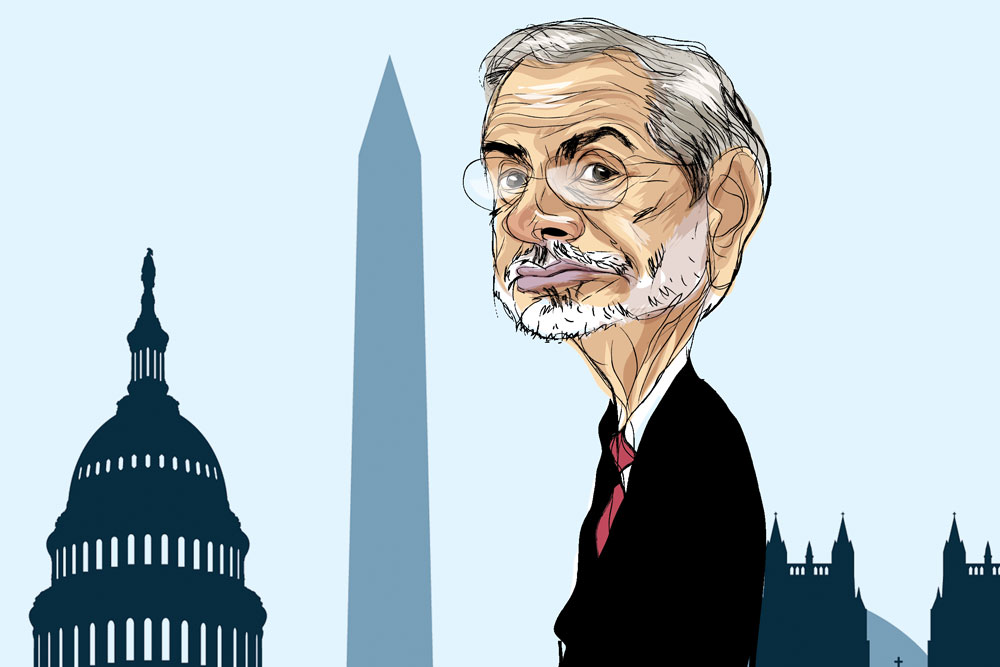 
Recently, when External Affairs Minister S Jaishankar was in the US, he met 18 journalists and briefed them about the situation in Kashmir after the abrogation of Article 370. But it resulted in no coverage because the media there were not ready to highlight the Indian Government’s perspective. Jaishankar reportedly discussed the issue with the Prime Minister and was of the opinion that this might be a consequence of the US media’s antipathy to the Republican government under Donald Trump. Modi has advised Jaishankar to develop a strong relationship with the Democratic Party too since the media there is more influenced by them at present.

After the Supreme Court’s Ayodhya judgment, there is now speculation on who will be in the trust overseeing the Ram temple’s construction. The Home Ministry is already in the process of forming the trust and there are a lot of sadhus telling them that its chairman should be Prime Minister Narendra Modi. Some suggest Amit Shah’s name, considering that Sardar Patel, as home minister, had been the chairman of the Somnath temple trust. There are those from Lucknow who say if Modi and Shah are unwilling then Uttar Pradesh Chief Minister Yogi Adityanath should be at the helm. Modi is also said to want important Muslim liberal personalities to be in the trust.

The Ayodhya judgment might have only just come, but the preparations for the temple have been going on for more than a quarter century. Sources say that since 1990, kar sevaks have been bringing stones and bricks there. Material to construct hundreds of thousands of square feet of the structure are ready and coming in from Gujarat and Rajasthan. There are also several statues of Ram, Sita, Lakshman and Hanuman ready. After the judgment, there is said to have been an increase in the number of people coming to see the place.

There was a time when Amit Shah and West Bengal Chief Minister Mamata Banerjee couldn’t stand each other. But now open hostilities seem to have ended and the two have a working relationship. When Mamata was active with disaster management operations during the recent cyclone Bulbul, Shah was proactive in getting the Centre’s help through. He also called Mamata after the Ayodhya judgment to discuss the law and order situation. When Bangladesh Prime Minister Sheikh Hasina comes to Kolkata for the India-Bangladesh cricket match, Prime Minister Modi was supposed to go there but he had to cancel it. Shah will now be the replacement, sharing a stage with Mamata and Hasina.

When the Maharashtra government formation drama was going on, it is said that there was a hidden player—Shiv Sena leader Uddhav Thackeray’s wife Rashmi Thackeray—involved who contributed to the party remaining adamant in its demand for a joint chief ministership. Along with Uddhav’s secretary Milind Narvekar, Rashmi emphasised that if the Sena did a U-turn now, it would be detrimental to her son Aaditya’s political future. He recently became the first Thackeray to become an MLA and she believed that for him to make it to the top, the Sena would need to hold the reins of power in the state.

A popular question in political circles is why was Shiv Sena leader Sanjay Raut so angry at the BJP given how he was talking against them? There is said to have been a personal axe to grind. When Amit Shah did not concede two Central ministerships for the Sena after the last election, Uddhav had put forward Raut’s name. But it was deemed non-acceptable by the BJP, leading to Arvind Sawant becoming minister. Meanwhile, BJP insiders say it was Uddhav who did not want Raut and Shah had nothing to do with it.

Where is Praful Patel?

Praful Patel is usually active at the centre of Maharashtra politics, especially when there is turmoil. But this time nobody has seen him. Even on television screens, he is missing. He is said to be very much in Mumbai but is keeping a low profile because of the CBI and Enforcement Directorate investigations against him. He does not want any confrontation with the BJP leadership at the moment.

The BJP is facing rough weather in Jharkhand which goes to the polls soon. Chief Minister Raghubar Das is facing internal dissensions. Party leader Arjun Munda is a Central minister but wants a ticket for his wife Meera and also a state ministership later. Dinesh Oraon, another senior leader who wanted to be chief minister last time, was made speaker but is not confident about getting a ticket because Das is against it. Even the chief minister’s number two, Nilkanth Munda, is said to not have a good relationship with him. Das apparently wants to drop a lot of old leaders this time but these MLAs are going to Delhi and complaining against him.

In Assam Congress, former Chief Minister Tarun Gogoi is facing a rebellion with 12 MLAs having sent a demand to Sonia Gandhi to change the 85-year-old leader. When Gogoi was chief minister, his deputy Himanta Biswa Sarma left and joined the BJP, leading to a Congress rout there. The Gandhi family likes the Gogoi family but if Sonia doesn’t placate the MLAs, the party might deteriorate further in the state.