If drugs gave Guadalajara a bad name, then books have done more than redeeming it 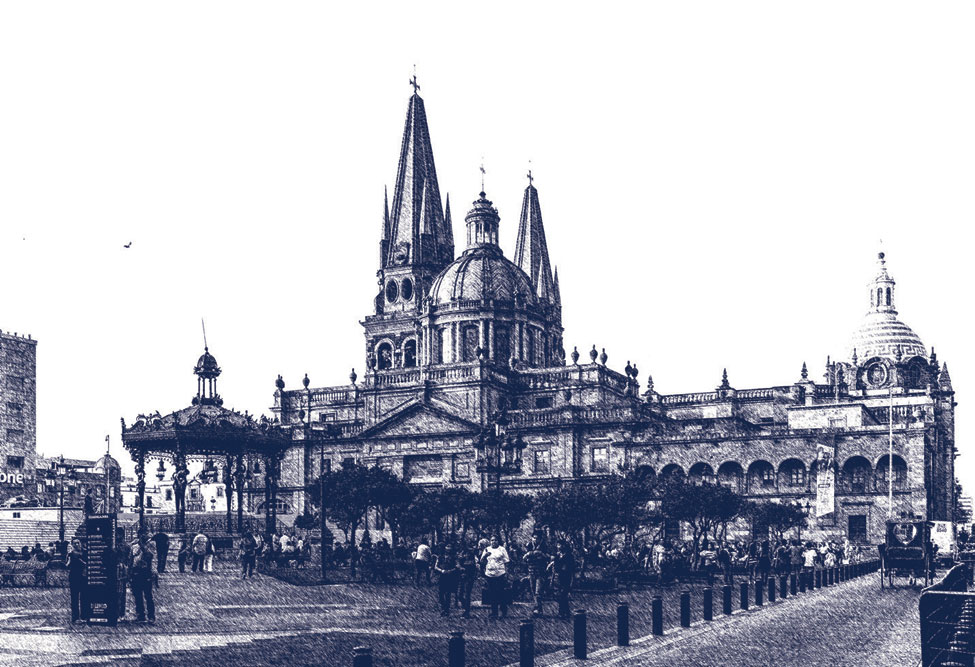 
Reaching Guadalajara from India is nothing short of an ordeal. A long, trying journey across countries and continents. First, an early morning car ride from Shimla, my home, to the Chandigarh airport. We make it in three and a half hours; it could have taken six if the traffic were bad. Then a flight to Delhi after a quick bite at the airport lounge. That night: ginormous queues at both immigration and security at 2 am. Devastating. Then eight hours to Frankfurt. Sleep and food cycles totally disrupted.

After the layover, fortunately uplifted by a shower, an eleven-and-a-half-hour-long haul via the North Pole down to Houston, Texas. Another, rather spartan lounge with late evening drinkers. Bumped up to first class, lucky. Watching Alita, rather surreal while landing in the heart of Mexico after a journey of nearly two days.

From the Himalayas to Guadalajara, Jalisco. A conurbation of 5 million. The cultural capital of Mexico. Few in India would even have heard of it, let alone know the right pronunciation. Had it not been for the infamous Cártel de Guadalajara, now immortalised by Netflix in Narcos: Mexico. Formed in the early 1980s by Rafael Caro Quintero, Miguel Ángel Félix Gallardo and Ernesto Fonseca Carrillo. It ran the most successful, well-organised and deadly drug trafficking empire in the world. Till it brutally tortured and murdered Enrique S ‘Kiki’ Camarena Salazar. Kiki was an undercover American drug enforcement cop. The US government came down hard, bulldozed its way across the border to force arrests, convictions, prison sentences. All the drug lords, including Gallardo, better known as El Padrino, were sent to jail. I know some Indians to be virtually addicted to the show.

If drugs gave Guadalajara a bad name, then books have done more than redeeming it. Feria Internacional del Libro de Guadalajara (FIL)—the Guadalajara International Book Fair—is the largest and most famous in the Americas. Some even consider it among the most important cultural events in the Spanish-speaking world. Started in 1987 by the University of Guadalajara, it is held in the city’s 40,000 sq m convention centre, Expo Guadalajara. It goes on for nine days, showcases some 15,000 exhibitors, stages nearly 3,000 literary and cultural events and attracts half a million visitors.

This year, India is the guest of honour. We have a huge pavilion, brilliantly designed by the National Institute of Design, with the lit-up alphabets of India’s many languages dangling from the ceiling. As for books and authors, they are managed by the Government’s nodal agency, the National Book Trust, led by Meera Jain and Kumar Vikram. With some help from Sahitya Akademi and other organisations.

I guess I should have started with books, not drugs. Arriving bleary-eyed at Guadalajara’s shiny airport after midnight, I was disoriented. But I thought of Octavio Paz arriving in Mumbai in 1952. After a ship journey to the Gateway of India, clearing the messy Customs and collecting his bags, he finds a taxi to the nearby Taj Mahal Hotel. After a quick shower, he runs down the stairs, plunging into the streets:

‘…waves of heat; huge grey and red buildings, a Victorian/London growing among palm trees and banyans like a/recurrent nightmare, leprous walls, wide and beautiful/avenues, huge unfamiliar trees, stinking alleyways, torrents of cars, people coming and going, skeletal/cows with no owners, beggars, creaking carts drawn by/enervated oxen, rivers of bicycles, a survivor of the British Raj, in a meticulous and/threadbare white suit, with a black umbrella, another beggar, four half-naked would-be saints/daubed with paint, red betel stains on the sidewalk, horn battles between a taxi and a dusty bus, more/bicycles, more cows, another half-naked saint, turning the corner, the apparition of a girl like a/half-opened flower, gusts of stench, decomposing…’

Magic realism? I think Gabriel García Márquez, also a Nobel laureate like Paz and perhaps Latin America’s most famous writer, would disagree. Not because India is incapable of inspiring it. But because the reality of India is only too gut-wrenching and visceral. Also transformative. Certainly for Paz, who came back 10 years later in 1962 as Mexico’s ambassador to India.

Next morning at the inaugural. An impressive ceremony. A long table with many speakers, writers, dignitaries, besides the organisers. They all had well-written speeches, delivered with so much passion and precision. After each speech they kiss each other.

Our Minister of State for Human Resource Development, Sanjay Shamrao Dhotre, was also on the dais. He spoke quite well, in Hindi. With a simultaneous translation into Spanish projected on the giant screen behind him. The enthusiasm for India is immense. Our minister was frequently applauded. Later, many took selfies with him, which he was gracious enough to allow.

Then there’s a massive lunch banquet, with Indian chefs Gagan Sikka and Sandeep Sharma especially flown in. There’s plenty of wine. And of course shots of tequila. The locals swig them neat, the others with salt and lime—lip, sip, suck. This world-famous drink, an essential ingredient of cocktails like margaritas, is a native of Jalisco. It is made out of the blue agave succulent (it’s not a cactus) plant, widely grown in this region.

In fact, the town of Tequila is not too far away. Busloads of tourists go on tequila tours to the numerous distilleries. Last year, some 300 million litres of the spirit, worth close to $5 billion, were produced.
Every evening, there are Indian dances and cultural events, in addition to the book launches, readings and discussions. The India pavilion is always full and buzzing with people. In addition, there’s Indian cinema, especially Bollywood, brought by Zee. Select movies are shown each evening at the venue.

In all, India’s participation here is a massive, coordinated exercise, with several ministries playing an active role. India’s diplomatic mission is also active, with Ambassador Manpreet Vohra himself playing a leading role, besides attending several sessions along with Dhotre.

And Amish Tripathi, now Director, Nehru Centre. He has flown in from London. We manage to find some quality time along with his business partner, Aman Gurwada, of Immortal Studios, who wants to merchandise the characters and contents of Tripathi’s novels in innovative ways.

I only wish we had more interactions and panels with Latin American writers. Unfortunately, it is Indians with Indians as is so often the case with us.

Most of us are in the same courtyard style hotel, Camino Real. A Hindi poet jokes in a trans-linguistic pun that that has made us into real kamine. Of the literary kind and cultural kind I suppose. But his allusion is to the
challenge in identifying vegetarian food at La Huerta, the poolside patio garden restaurant where we congregate for meals. Quickly, we kamine develop an easy bonhomie rarely possible in India. It has something to do with Mexico’s atmosphere, where people are much more open, accepting, cordial.

There is also a variety of performing artists from India, both classical and folk. We see them struggling with the language, not knowing either Spanish or English. Incidentally, few seem to know the latter, even at the hotel. Far away from the US border, the world’s dominant language doesn’t seem to matter. Spanish speakers constitute a world of their own.

It’s time to plunge, Paz-like, into the streets. The downtown or Centro is full of impressive grey buildings, some going back to the early conquistador settlements of the mid-16th century. The city got its name from the Spanish original in Castilla-La Mancha but also because its coloniser, Nuño de Guzmán, was born there. Guadalajara Cathedral or Cathedral of the Assumption of Our Lady is the grand centrepiece, completed in 1618. Just a year before the Se Cathedral in Goa.

Unlike Paz in India, I don’t feel as much out of place as I wander the teeming streets.

A Home for the Persecuted