Power and authority in the wake of coronavirus 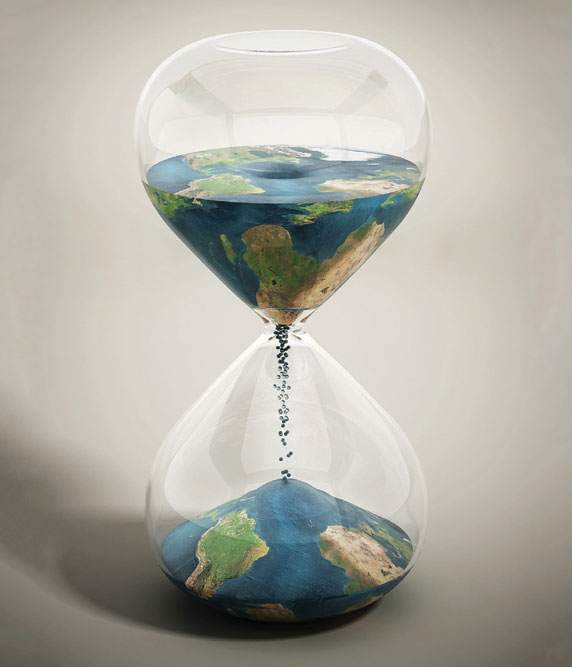 
STARTING FROM THE 13th century, global temperatures across the northern hemisphere dropped discernibly for nearly 400 years. This period was nicknamed ‘the Little Ice Age’ in the 1930s and even if there are disagreements on the exact start and end date of the years of ice and snow, the name has stuck. To the question about why temperatures dropped suddenly, there have been two principal explanations. One claimed that a 50-year-long set of volcanic eruptions in the 13th to 15th centuries set the stage for a drop in temperatures. The other made the case that the ‘Maunder Minimum’—a ‘prolonged sunspot minimum’ when sunspots became very rare from 1645 to 1715—was a prominent reason. Irrespective of the true cause, as the cities and rivers in Europe froze, reasons to emigrate to warmer climates became self-evident, phenomena like witch trials emerged as waves of superstitions proliferated and even fashion emerged to counter the influence of the cold. Wolfgang Behringer, the German historian of early medieval cultural practices and beliefs, writes, ‘Protection from cold was probably what led Habsburg crown princes and English Lord Chancellor Francis Bacon to wear those grotesque tall black-felt hats.’ In 2003, however, William Ruddiman, a professor at the University of Virginia, published a remarkable (even if still debated) paper that traced the origins of the Little Ice Age to a third cause: genocide, pandemic and collapse of economies.

Our traditional account of the anthropogenic era—the age when human interventions actively began to change the earth, courtesy the rise of carbon dioxide (CO2) and methane (CH4)—begins with the Industrial Revolution in the late 1700s. Ruddiman however made three arguments that offered a different explanation. One, he claimed that an ‘anomalous increase’ in CO2 began around 8,000 years ago and similarly CH4 rose around 5,000 years ago—and not necessarily in the 1790s. Two, he argued that current explanations for these prehistoric increases could be rejected after studying ancient climates more carefully. Three, using archaeological and other evidence, he claimed the CO2 rise coincided with the rise of forest-clearings and the CH4 rise began with the proliferation of paddy farming. Tucked away in the paper however was another more contentious claim and conjecture wrapped into one which attempted to account for the ‘oscillations’ of CO2 during the last millennia. Instead of a steady rise, what we see are periodic ‘minima’ (declines) in CO2 levels.

Ruddiman argued that these declines came through three similar channels across geographies. One, widespread plagues across Middle East and Europe from 1347 to 1352—with mortality rates hitting 40-50 per cent—led to substantial number of farm abandonments which in turn led to reforestation of these areas. This resulted in dramatic declines in CO2 emissions which Ruddiman claimed accounted for the CO2 oscillations. Two, prior to the arrival of Europeans into the Americas, the native Indian life often involved clearcutting and burning of land upon which they grew their crops and built their settlements.

Ruddiman argued that nearly 5-10 per cent of North America had been deforested for such use. However, upon the arrival of Europeans, the deaths of American Indians—‘80% to 90% by small pox and other diseases’—resulted in re-growth of vegetation and trees. In his sweeping narrative of the post-Columbus age called ‘1493’, the science writer Charles Mann notes that in 1643, an English colonist called William Wood complained about the return of the underbrush (‘unuseful and troublesome to travel through’) just as Indian populations, clearcutting and burning began to decline. Three, the period from 16th to 18th centuries in India and China was one of widespread and repeated epidemics, hunger and collapse of farming societies. In our telling of Mughal histories, we rarely hear of these macabre episodes when entire societies began to capitulate to violence, hunger and terror. The French historian Fernand Braudel wrote, ‘In 1555, and again in 1596, violent famine throughout north-west India, resulted in scenes of cannibalism, according to contemporary chroniclers.’ Among those contemporaries who documented this abject state of affairs was Abu Fazl, who wrote, ‘Men were driven to the extremity of eating each other.’ Abdul Qadir Badayuni, a widely read chronicler of histories, wrote more evocatively: ‘The author with his own eyes witnessed the fact that men ate their own kind and the appearance of the famished sufferers was so hideous that one could scarcely look upon them. What with the scarcity of rain, the famine and the desolation and what with uninterrupted warfare for two years, the whole country was a desert and no husbandmen remained to till the ground.’ The common theme in all of these scenarios was not just that the abandonment of farms and subsequent regrowth of vegetation led to carbon sequestration and in turn affected global temperatures, but rather something more fundamental and easily missed.


If there is any silver lining to the evolving epidemic of coronavirus, it reminds us that before we talk about ourselves in the abstract we need to relearn to think of ourselves and others as corporeal entities that fall ill, suffer, decay and ultimately die

It is that human history is surprisingly beholden to factors and causalities that we don’t often think of as relevant to its telling. What we realise is that our lives—its dramas and tragedies—is often ensconced within a bracket of society, geology and climate that we mistake to be permanent and unchanging. All of our history writing is often then reduced to discovering new islands of facts and chronicling the evolution of mentalities and prejudices. However, as Dora Crouch, a historian of Graeco-Roman urbanisation and its relationship to geology, writes, ‘The best history does not deal with the facts, events, or processes separately but with their interconnectedness.’ Perhaps we saw this web of interconnectedness most starkly in recent times thanks to the satellite images of Chinese pollution following the coronavirus quarantine (February 10th-25th, 2020). In late February, NASA released images of ‘concentrations of nitrogen dioxide’, emitted by industrial and auto exhaust, before and during the quarantine. Previously clouded regions are now visible thanks to nearly absent economic activity.

Reading our news and political commentary, however, one could very well think the influence of disease over human history and society was a distant memory. We speak of our present as if its underpinnings were eternal. But a fuller history, or rather a ‘biohistory’, of our times would have to be more expansive in its search to identify explanatory variables and ultimately learn to read that one manuscript hidden in plain sight: the human body. In an edited volume on diseases, biology and climate in ancient Rome, the historian editor Walter Scheidel writes, ‘One day, it may be worth pondering how Roman brains and minds were shaped by an environment of endemic slavery and organized violence.’ When writing the history of modern India, we speak of the evolution of cultural mores and political pantomimes borrowed from Enlightenment-era Europe, which is now dutifully regurgitated by our intellectual class while ignoring, or being barely cognisant of, the evolution of our physical infrastructure, the toxins we are surrounded by, the chemicals in our bodies, the cognitive limitations facilitated by undernourishment and other imponderables of material life. The result is a peculiarly fragmentary understanding of our present where human bodies and our corporeal presences are relevant only insofar as political action and violence is concerned. To a great extent, our social discourse has internalised an Aristotelian ethos which recommends that our mental faculties dominate over the body like a despot. The result is that our intellectual disciplines and ethical frameworks which have emerged from such a cleavage, including our political systems, academic disciplines and history writing—all gifts borne from the colonial encounter and nurtured by our intellectuals—has had little use for the ‘body’ as a site of investigation, except to impose political power. But now, thanks to the bodies of their citizens under siege by the coronavirus, societies find themselves primed for tumult and contestations about the very nature of how power and authority flows through the sinews of its body politic. If there is any silver lining to this evolving epidemic, it reminds us that before we talk about ourselves in the abstract we need to relearn to think of ourselves and others as corporeal entities that fall ill, suffer, decay and ultimately die. Doing so will not just force us to rethink ideologies which reduce us to unidimensional markers such as ‘citizens’, ‘patriots’ or ‘consumers’, but force us to face the foolishness of divisiveness and fragility of our beings in the face of a microscopic but devious enemy.