The globalisation of fear in the wake of coronavirus 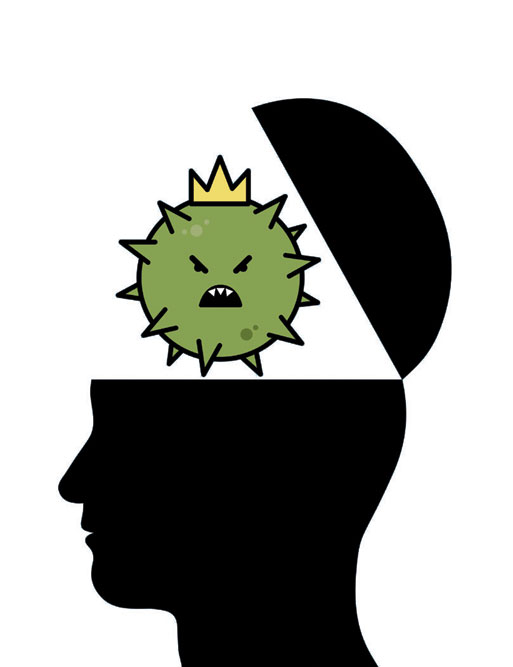 EVEN BOOK TITLES are scary. Toby Ord, an Oxford philosopher of ethics, calls his exploration of human extinction, or the possibilities of it and the precautions it demands from us, The Precipice. We are there, staring into an existential void, clueless about the return routes. On the cosmic biological scale, we are infants, just two hundred thousand years old, and we deserve billions, trillions, of years more. Ord argues that “safeguarding humanity’s future is the defining challenge of our time. For we stand at a crucial moment in the history of our species. Fuelled by technological progress, our power has grown so great that for the first time in humanity’s long history, we have the capacity to destroy ourselves—severing our entire future and everything we could become.” So what’s it, the agent of our self-destruction? A nuclear button hidden in the dictator’s closet? An intergalactic imbalance? A forced fossilisation by climatic apocalypse? Or, more immediately, an AI malfunction? A fatal biotechnological error? A virus invasion? The end, in doomsday literature, is hyperbolic. Or as plausible as a Dan Brown novel in which only a laboratory-born virus can contain over-population. The end is a potboiler. Ord is not a despairing sensationalist; he is a philosopher who has not abandoned hope: “…our choices can make all the difference. I believe we are up to the task: that through our choices we can pull back from the precipice and, in time, create a future of astonishing value—with a richness of which we can barely dream, made possible by innovations we are yet to conceive.”

Choices, and in the time of coronavirus, we realise that they can make mortality a viral fear.

A VIRUS IN A TOTALITARIAN STATE Viruses, in the parlance of communism, are counter-revolutionary. In the pamphlets of the proletariat, they, the sly creatures born in the minds of the deviant, creep into the system, made to perfection by the Book, and shatter the idyll, contaminate the ideology, and, challenging the irrefutable science of socialism, ask questions. Viruses are easy metaphors for the class enemy. So it remains a paradox of our times that, lately, most deadlier versions were born in the People’s Republic of China. When SARS-CoV-2 was first detected in Wuhan, capitalism with Chinese characteristics bared its original communist credo: suppress, misinform, isolate, punish…Xi Jinping’s hyped-up Chinese Dream cannot afford to be infected by viruses, so, in the hoary tradition of the totalitarian state, the Leader let the lie infect the world before Wuhan swelled with wayward viruses. It would have been a different story had the commissars, in the beginning, given truth a chance. The iron-fist isolation of Wuhan didn’t deter the export of SARS-CoV-2.

AN INEVITABLE NATURAL RESPONSE Still, in spite of the ideological cover-up of a biological terror, the virus did not seek the humans. It’s the other way round. The new pandemic, too, illustrates that we the mammals, among them the much maligned bats, have reduced the distance between ourselves, that the adjective ‘wild’ is becoming increasingly relative. Animal diseases are our diseases too. The infected bats were denied their lives—and space—in China or elsewhere. The two lessons from the current pandemic are, as the science writer Matt Ridley writes in The Spectator: “First, let’s stop bringing wild animals into markets alive (if at all): viruses do not survive long in dead bodies, even if not refrigerated. It’s a cruel practice anyway. And second, let’s keep our distance from bats. Definitely don’t eat them.” Some people may not hunt for a good meal just because the nearest market is stocked with live meat. Maybe it’s time for us to add the adjective ‘wild’ to the backlash. Distances between species are to be respected.

WHEN GLOBALISATION GETS A FEVER Talking about distances, haven’t we made them redundant? Out there, whether in the Brexit country or the Trump land, someone, call him a populist nationalist or a nativist troglodyte, tells you that globalisation is a sham, the lofty pretence of an unequal world. If the breached Berlin Wall marked the beginning of the end of man-made borders between varying degrees of freedom, three decades on, the wall is in the mind. Political destinies are written by the source of our century’s border paranoia: the refugee. The seamlessness of globalisation is being marred by the movement of the homeless. New walls are being built by today’s populists who are as paranoid as the builders of the original Wall. Globalisation has become incompatible with the inward-looking nations. And it takes a virus to remind us that walls are once again made meaningless by the globalisation of fear.

Toby Ord warns: “An existential catastrophe is not just a catastrophe that destroys a particularly large number of lives. It destroys our potential.” What the pandemic tells humanity is: take a pause.