Why the Number Doesn’t Add Up 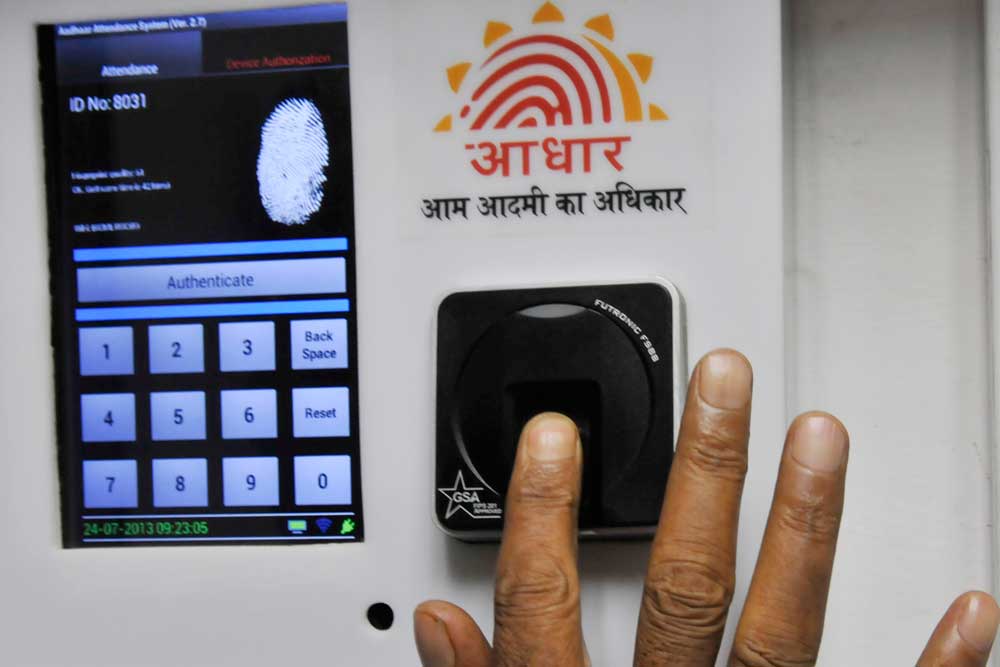 WE MUST WAIT for the fullness of time to tell us whether Aadhaar is the silver bullet of Indian welfarism, but what it has already done is spawned an impressive array of conspiracy theories, ranging from the potential of total surveillance to unwanted snooping of our finances by the state. As March 31st nears, the last date by which Aadhaar must be linked to bank accounts and other services, the niggles are increasing. The Supreme Court might chip in and the date itself be postponed because of the fear of impending chaos. What was essentially an instrument for delivery of rights, is gradually metamorphosing into the only instrument for such services. Even economists perceived to be close to the Government are saying that Aadhaar as a reason for denial of services is bad policy. Why, for instance, can an Indian not have a mobile number without an Aadhaar number?

The nub of the issue is straightforward enough—phenomenal amounts are set aside by the state for the welfare of its people but it doesn’t know who the people are. Therefore, a lot of it goes unspent or to middlemen. The simple solution on paper is to identify Indians, give them unique numbers, map it to banks, mobile phones, etcetera, and voila, you have a golden handshake between the state and its citizen. In practice, however, it is turning out nothing like this. There was bound to be phenomenal difficulties in getting an entire nation neatly fitted into a database. But one must add Indian competence on top of that. The security of the system has been shown as clumsy and, in a remarkably bad public relations move, journalists who exposed it have had their names dragged into police cases. Aadhaar centres turn people away because of overcrowding. The old, especially, are having trouble getting their fingerprints recognised. Many of these snags are being addressed, but after March 31st, it is going to be even worse if bank or telecom services are suspended because of no Aadhaar linkage.

The brunt of the imposition of Aadhaar by coercion is borne by those who already had an identity document like a PAN card or passport to begin with. The bureaucracy has to deliver numbers and the easiest way to do so is to find the numbers that already exist and add one more to it. The original intent of welfare is most needed among the deprived and illiterate who lead undocumented lives. That is where the energy of Aadhaar should have been focused. Instead, by making it compulsory to link things like mutual funds and pensions, the Government has irritated vast numbers of the Indian middle-class.

Aadhaar, even if good in intent, is based on the idea that large-scale social engineering can be pushed through in a hurry, and that is a questionable premise in India where the problem is the state itself. If government servants were honest and efficient, Aadhaar wouldn’t be necessary. Because government servants are what they are, the forcing of Aadhaar is going to end up in a mess. Between these two poles lies no answer.