Tyranny of the Majority

Why it takes society decades to remove a bad law 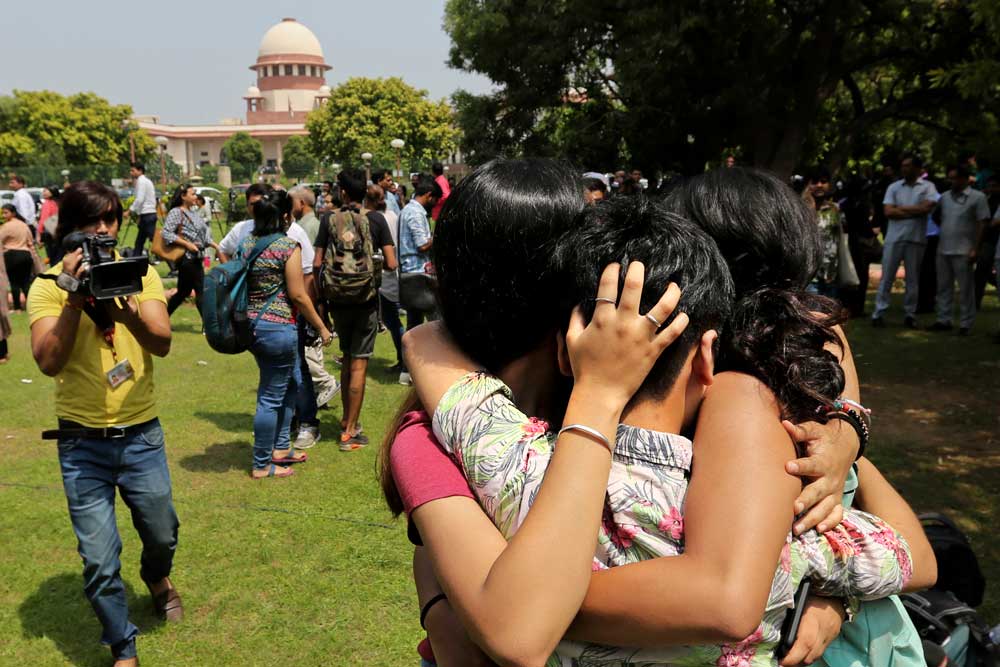 THE QUESTION THAT the striking down of Section 377 brings out is why do laws that are clearly unjust and have no serious opposition from any major groups remain on the books for so long. Religious groups are disdainful of homosexuality but, even so, most didn’t care if it was decriminalised. But, like a breathing fossil, Section 377 persisted because of inertia. If criminalisation was too much, no one wanted to be seen as sanctioning legitimacy to homosexuality either. This probably explains the earlier judgment of the Supreme Court which, in fact, reversed a Delhi High Court order that decriminalised homosexuality. The court then put the ball in Parliament’s court and despite most major parties, including Congress and BJP, signalling their desire to amend the section, it continued on. And once again, it fell upon the Supreme Court to do it.

To get a true picture of the absurdity of Section 377, consider the present judgment as not what is now the law of the land but what it showed as not being the law of the land until September 6th. So, when Chief Justice Dipak Misra affirmed sexual orientation was natural and its discrimination violated freedom of expression, the immediate inference is that until now Indian society considered it as unnatural and permitted discrimination on that basis. Or when one of Justice Rohinton Nariman’s points is that the Mental Healthcare Act passed last year says homosexuality is not a mental ailment, we can infer that society so far considered homosexuals as patients or criminals or both. When Justice DY Chandrachud says denying right to sexual orientation denied citizenship and privacy, we know that homosexuals were denied both.

Justice, at its broad principled end, is usually self-evident. It should have been obvious that two people of the same sex being in a relationship pose no danger to anyone. How can it? But that is not how the human mind works. It measures its interests by what it likes and dislikes. And so, if the idea of homosexuality is repulsive, then it wants it removed from the vicinity. This was the thought that for thousands of years proscribed and persecuted it. Even today, if someone did a survey across all of India asking whether it should be banned, the majority will probably say yes. The majority is however not the measure of right and wrong. That is why when a country gets together to make a Constitution, it starts with fundamental principles and these then filter layer by layer in the making of laws. It is the process that defends society against majoritarianism. And when unjust laws are measured against these ideas, they will come up short.

Section 377 was born before the Constitution and it still took decades to reckon it against a modern, progressive Independent India because the tug-of- war between just ideas and the prejudices of a society is a gradual battle. On one side of the rope is an enormous mass of ignorance and at the other a small group that keeps reiterating with reason as its only weapon until their voices can no longer be drowned out by the loud clamour that has one only thing to say— ‘I don’t like it’.