No one cares for Anna Hazare’s fast anymore 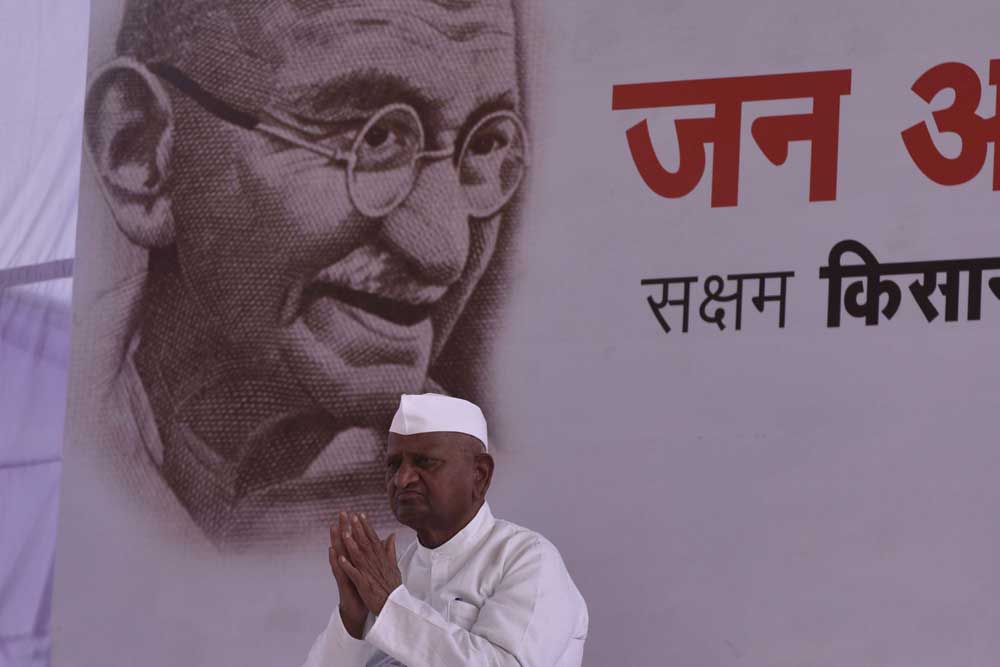 Politicians think up different ways to get their ideology across, but it could be counterproductive. For instance, in Uttar Pradesh, the BJP government led by Chief Minister Yogi Adityanath has decided that in all official correspondence and documents, ‘Ramji’ should be placed in the middle of BR Ambedkar’s name. Ramji, it turns out, was the father of Ambedkar. It is what the ‘R’ in the initials BR stands for. The name change was apparently suggested by UP Governor Ram Naik. But there are signs that having the name written out in full is seen by Dalits as the imposition of a Hindutva agenda on their idol. Ambedkar had spurned Hinduism for Buddhism. So it may be a move that alienates the community from the BJP at a time when the party is reeling from shock defeats in bypolls held there a few weeks ago. n

A POLITICAL HUNGER fast is a spiritual weapon, drawing extraordinary resonance in the hands of someone with moral integrity, especially when timed right. And so you could explain the appeal of Anna Hazare in 2011 that led to the India Against Corruption movement exploding into the consciousness of the nation. Seven years later, as he aimed to repeat that performance, it was a whimper. By the time he ended the fast after a week, he had lost 5 kg, some of his health indicators were wavering, but no one seemed to care. The people and the government more or less ignored him. Certainly, it would be a delusional optimist who thought, as many did in 2011, that the moment to finally change the country was here.

For all of this, the only person Anna Hazare has to blame is the one he sees in the mirror. The moment of the fall, if you want to term it that, was when he called off his December 2011 fast in Mumbai because his health was failing. His earlier fasts that year had been resounding successes because the public idolises a man who will go through torture on their behalf. To call off a fast because he couldn’t suffer anymore signalled a character flaw. Gods must never show that they can bleed, or they are gods no more. Or, to call off a fast because the crowd was not big enough, which was also cited as a reason, indicated that he was tied to the end result.

The spiritual dimension of the fast, which is key in India, immediately got subsumed by the political and so the category he got slotted in slipped down a few orbits.

This absence of faith in him was not tested this time either. He was asking for a certain quantum of farmer compensation, electoral reforms and anti-corruption measures. The demands were general and overarching, the promises he got are vague. Even while the fast was underway, in interviews to newspapers his tenor was already about the modalities of giving it up and not obstinacy about what he was seeking.

A fast is good for one’s health so long as it is limited to a week or two under medical supervision. Beyond that is when the actual gamble with life starts. That is also the point at which Hazare usually gives it up. Compare him with someone like Mahatma Gandhi, who knew how to stretch a fast until even he was not sure whether breaking point had been reached. His longest fast was 21 days. In 2011, Hazare fasted for about 13 days and that was the one which shook the Government. After that, he has never pushed himself into the region of uncertainty.

The more Anna Hazare plays safe, the more ignored he becomes. The point of the present fast was to fight his own irrelevance. But the only way he can do that is to keep going until the possibility of his death is apparent to everyone. And he is clearly not up to it.