Reel Son of the Soil

The irony or non-irony of Nawazuddin Siddiqui playing Bal Thackeray 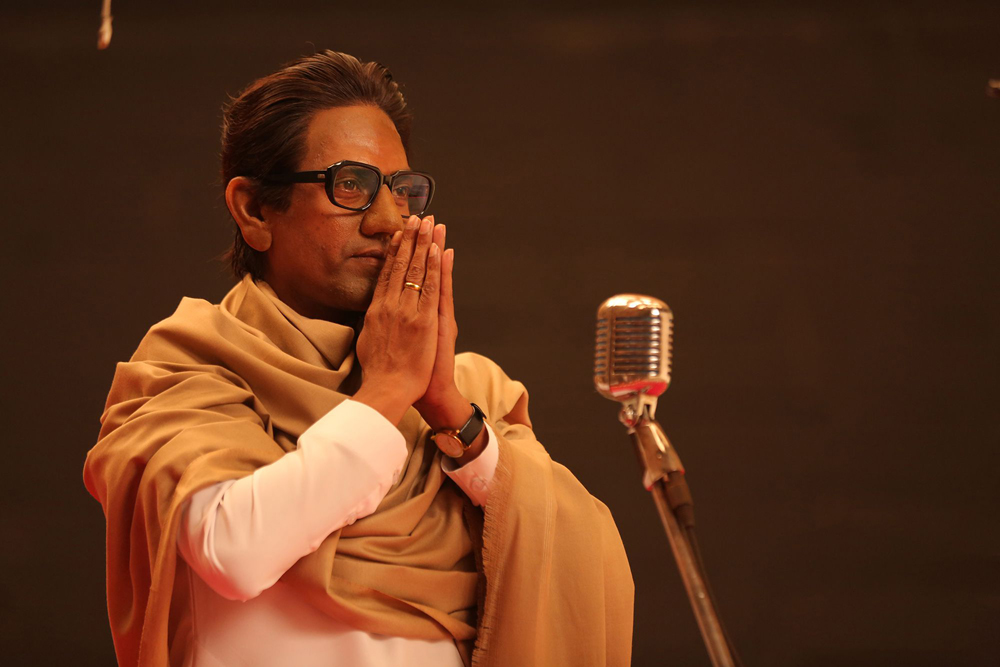 NAWAZDUDDIN SIDDIQUI IS a Muslim. He was born in Uttar Pradesh and moved to Delhi to study at the National School of Drama. He then came to Mumbai in search of an acting career and so nowhere in the definition of ‘son of the soil’ catering to whom the Shiv Sena was built on. That he should play the character of Bal Thackeray in the biopic that released last week is something of a spectacular irony. The beginning of Thackeray’s violent politics was directed against ‘outsiders’ stealing the jobs of Maharashtrians. Two decades later, Thackeray read the mood of Indian politics and changed his outsider’s definition to ‘Muslim’, the fallout eventually being the Mumbai riots of 1992-93. Siddiqui would have fit the category in both versions of the ploy. That he should be representing Thackeray could signify either of two things: from beyond his grave the Shiv Sena founder is further taunting communities he targeted through his life; or that he is being taunted by some mysterious law of karma.

The ordinary truth is that Thackeray was like any other politician, with somewhat fewer compunctions about openly advocating violence. It drew him footsoldiers in the form of jobless Maharashtrian youths. By the time Siddiqui had arrived in Mumbai, Thackeray had long given up the son-of-the-soil demand because every political condition has a time limit. His nephew Raj Thackeray tested it in recent times without any success. Even the vitriol spewed against Muslims disappeared after the 90s because the electorate had got bored with it. And then he became too old to invent fresh demons. Siddiqui playing him aptly represented the opportunism of his life.

The movie is a hagiography, which is as expected given that it is Shiv Sena leaders themselves who were producing it. But it is also a lengthy confessional of all manners of actions that in the Indian Penal Code would be construed as crimes. These are public knowledge but still interesting to hear from the reel Thackeray’s mouth, a script endorsed by the party. So, a scene of Thackeray saying that it is time to do something about communists is followed by the murder of CPI MLA Krishna Desai (it happened in 1970). Shiv Sena workers are seen gathering weapons from the party office during the Mumbai riots. All of this is put forth as reactions (Desai’s murder, for instance, follows an attack on Thackeray by communists), but that the Sena should advertise it even now signals the pride they feel about a past in which there was absolute contempt for the law.

The film shows different leaders— from Maharashtra Chief Minister Vasantrao Naik to Prime Minister Indira Gandhi—protecting Thackeray in the full knowledge of what he stood for. His ability to switch a private army on and off was valuable to them. He used it to trade favours, all the while building his party. Thackeray saw that all politicians were like him but without gumption. You could admire him for using that awareness to change Maharashtra’s politics singlehandedly, but there is little to respect in that.