The probable chain from cow protection to vegetarianism 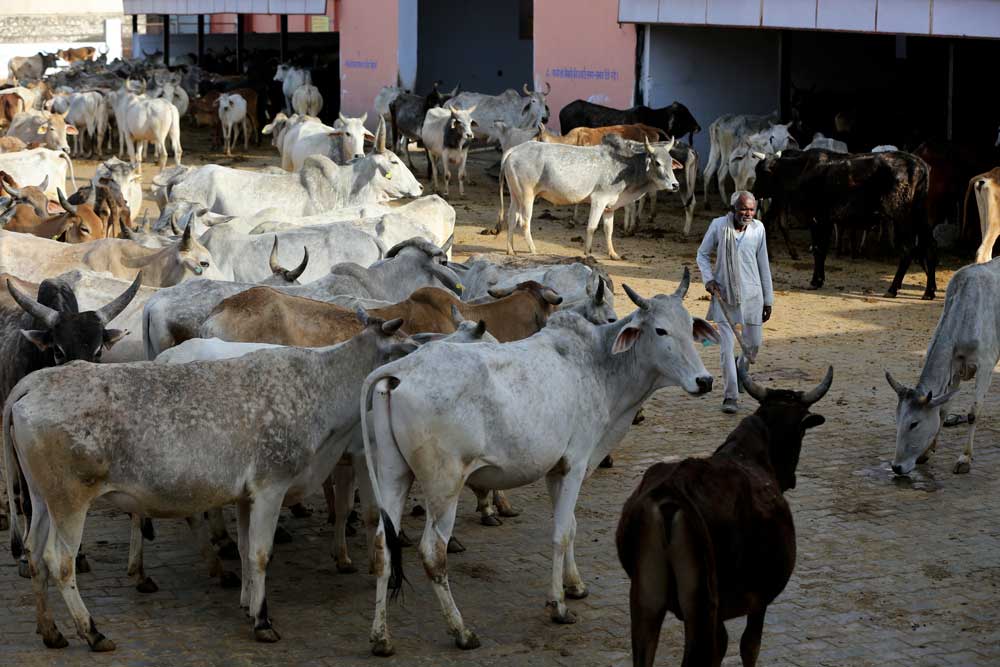 ONE OF THE fallouts whenever a BJP government comes to power is the cow becoming the centre of the universe. Even in the era of Atal Bihari Vajpayee, magical properties began to be found in the urine of cows. Numerous products using it, including soft drinks and floor cleaners, were marketed. The phenomenon reasserted itself with the return of the BJP and is now peaking. In the last couple of months, it has been confidently asserted in Parliament that cow urine can increase the yield of sugarcane, that it increases the haemoglobin count of cancer patients in chemotherapy. A study claimed that the urine of a particular cow species from Andhra Pradesh can fight diabetes. They tested it on rats with success.

Even if one finds all this somewhat hard to swallow or even if it is true, what the victory of the cow in the culture wars of India does is make it even more uncomfortable for non-vegetarian Indians. Cow protection is entirely an activity of vegetarians and as is becoming clear, they are going to win. When, in a television appearance, the Rajasthan home minister tries to draw an equivalence between a killing by cow vigilantes and the allegedly illegal act of the victim transporting cows, then it is because he knows he can’t be seen not making that parallel.

When there is no need to protect cows anymore, what will the vigilantes do next? Obviously move on to other animals because the principle has been established and because they will have nothing else to do.

It is only in the last two to three decades that non-vegetarians have not been defensive in India. Before that, if you took restaurants in cities, most would be vegetarian. Only a few states like Kerala bucked the trend, not just because of the high proportion of Christians and Muslims, but also dominant caste Hindus relishing their beef. What is surprising is that most of the other states—barring some like Gujarat and Madhya Pradesh—had a non-vegetarian majority but in public, vegetarianism prevailed. This might pass off as the consideration of a good society, but it is not. Vegetarianism was an upper-caste activity tied to purity. The richest communities were also vegetarians.

If caste and wealth was a subtle way of keeping vegetarianism on top, what we will see in the future might be different. The Indian Express recently had a report in which it studied a correlation between vegetarianism and BJP-ruled states; of the 10 states that had the most vegetarians, eight were ruled by BJP. ‘There appears to be a correlation—although no causality— therefore, between the electorate’s leaning towards vegetarianism and its current political preference for the BJP,’ said the report, while also noting 71 per cent of India was non-vegetarian in some form. Despite their disclaimer against causality, another causality might follow. If your core voters are vegetarians, then to retain them, vegetarianism would be a natural poll strategy. Unless of course they are still busy with the cow.