The BSP-Samajwadi lesson for successful marriages between human beings 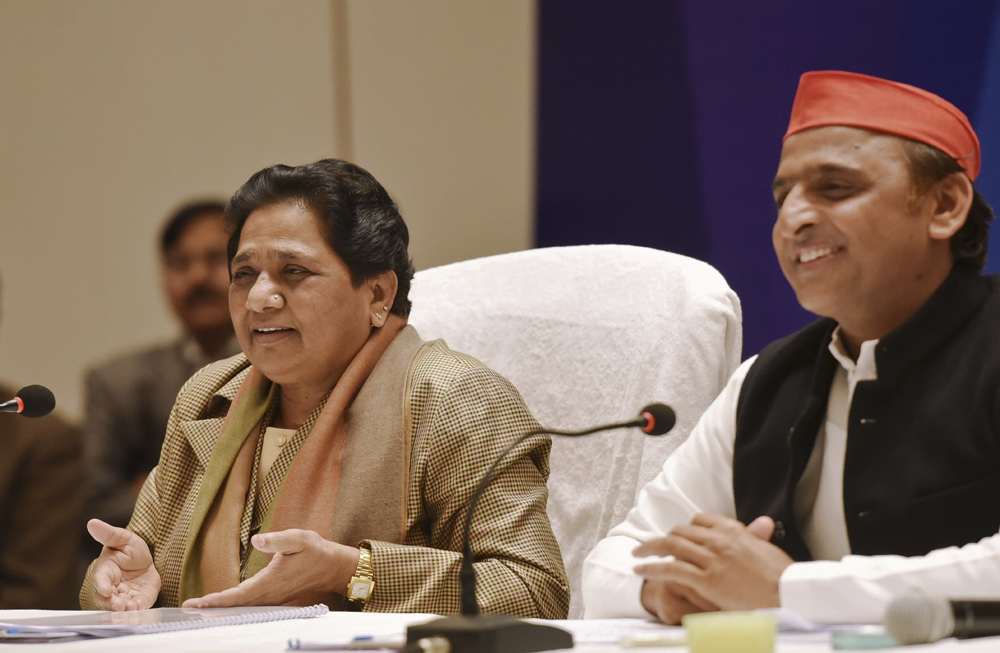 A KEY MOMENT IN the relationship between the Bahujan Samaj Party (BSP) and the Samajwadi Party (SP) is recognised to be in 1995, when a mob of the latter attacked Mayawati in a Lucknow guest house. An Indian Express report on it soon after said that SP workers ‘armed with rifles and weapons, barged into a meeting room of the BSP workers… and assaulted the BSP legislators, ‘kidnapping’ some of them. Senior BSP leaders, including Ms Mayawati, slipped into a suite reserved for her in the guest house.’ Mayawati made political capital out of it for decades; to millions of her followers, it was the moment she escaped with her life. If you still get into a marriage with your own attempted murderer, then chances are you are going into it with your eyes open for a knife in your back, and this, in fact, is not as bad as it sounds for the electoral alliance between the two that has just been announced.

It is in one sense how all marriages should be. Neither party has any illusions as to what he or she is getting into. Both know the character of the other. They are also aware of their own needs, what is necessary to fulfil them, and how their spouse can contribute. Not an iota of idealism colours the decision. Human emotions like love are excised from the relationship; the only one that defines it is mutual necessity in the face of a bigger threat. Infidelity is expected from both sides and not a concern because all that matters is they remain true to the temporary objectives of the union, not to the idea of what a union must be. Permanence is definitely not part of the equation and the more temporary it is seen to be, the more likely it will hold for that period even though after long association and disassociation they are unable to stand the sight of each other.

In the case of the BSP-SP alliance, the time limit is the result of next General Election, which should be about three to four months away. When has a marriage for four months ever failed? Depending on the numbers that get thrown out in the election, the two will reset the alliance. Should both fail miserably, that will be the end of it. Should it succeed only for one of them, that will be the end of it. Its optimum outcome hinges on not just them cornering most of the Lok Sabha seats from Uttar Pradesh, but there being a hung Parliament with Mayawati being the prime ministerial candidate of a coalition and then going on to get it. If that does not transpire, then that will probably be the end of it. The chief ministership of Uttar Pradesh will not so easily be agreed upon.

The institution of marriage is predicated on being perpetually fulfilling, an assumption derived from an emotional high that dwindles within a couple of years. The myth however continues to be retained even while it is evident that a vast majority of couples are driven by habit and the weariness of going through the same process again. Accept it as a mercenary trade-off. The only disappointment is not meeting stated ends, not the failure of the relationship.