On Sidhu’s hug and sedition in India 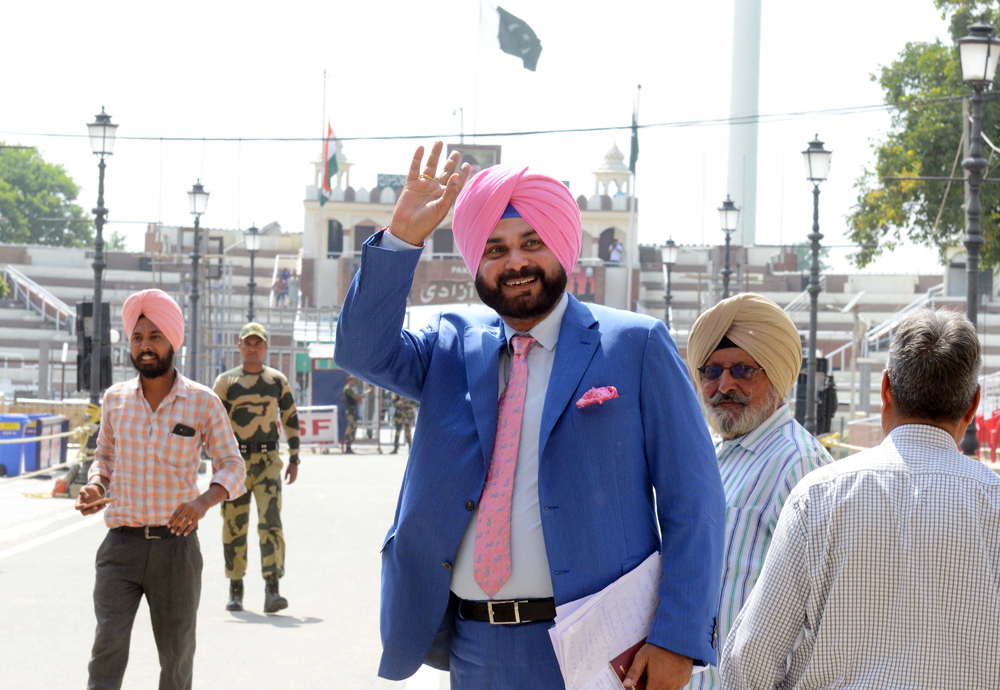 AS IN EARLIER times when people used to be stoned for the sin of blasphemy, if a particular virus that infects this country has its way, the cardinal sin today will be that of anti-patriotism. Since it is a little difficult to deduce this characteristic in times of peace, one of its measures is the emotion an Indian exhibits towards Pakistan. You have to therefore admire Navjot Singh Sidhu’s unapologetic stand over his acceptance of an invitation to visit Islamabad for Imran Khan’s coronation and hugging the army chief there. Even his own Chief Minister has bowed to popular sentiment, but Sidhu remains defiant.

Let’s now turn to Section 124A of the Indian Penal Code and check how his actions measure against it. Has he by ‘words, either spoken or written, or by signs, or by visiblerepresentation, or otherwise’ brought hatred or excited or attempted to excite disaffection towards the Government? Clearly not, given that he went with permission and it would be somewhat difficult to read sedition in a casual hug. Even if he had embraced the general for 10 minutes straight, it would still have taken massive twists of logic to show that it was designed to incite hatred towards the Indian Government. There has however been an attempt to file a complaint against him in a Bihar court for sedition, which is what 124A talks about. The move is frivolous, but it is a good opportunity to revisit sedition because the only reason this case will be thrown out is that the Government is not interested. Otherwise, for every shade of dissent, people have been charged with this crime which is just short of treason.

Earlier this month, anti-reservation activists burnt a copy of the Constitution. This is an act whose punishment is governed under The Prevention of Insults to National Honour Act, 1971. And yet the police added sedition to the charges simply because it is the default thing to do. Students of Jawaharlal Nehru University are facing charges of sedition. In 2011, during the Anna Hazare led India Against Corruption movement, a cartoonist was charged with sedition for an image he drew that supposedly mocked the Constitution.

The reason this law came into being is that in a colonial age, for a handful of White masters to rule over a teeming mass of Brown subjects, fear needed to be relentlessly reinforced. Freedom fighters like Bal Gangadhar Tilak and Mahatma Gandhi were charged with it. That sedition continues in the law books of Independent India shows that the people who rule haven’t changed their outlook. Why would anyone throw out a weapon that can always be used against the common enemy: the powerless Indian at the tipping point of his anger?

One of the clauses of this bad law is that for its enforcement, it must be shown that there was intent to incite hatred, contempt or disaffection towards the Government. That wouldn’t take much doing. Most citizens in this country sooner or later start feeling all of these emotions anyway against their rulers, which is why they keep voting governments out of power. Everyone is a seditionist in India.