The Mahabharata lives because of the questions it asks 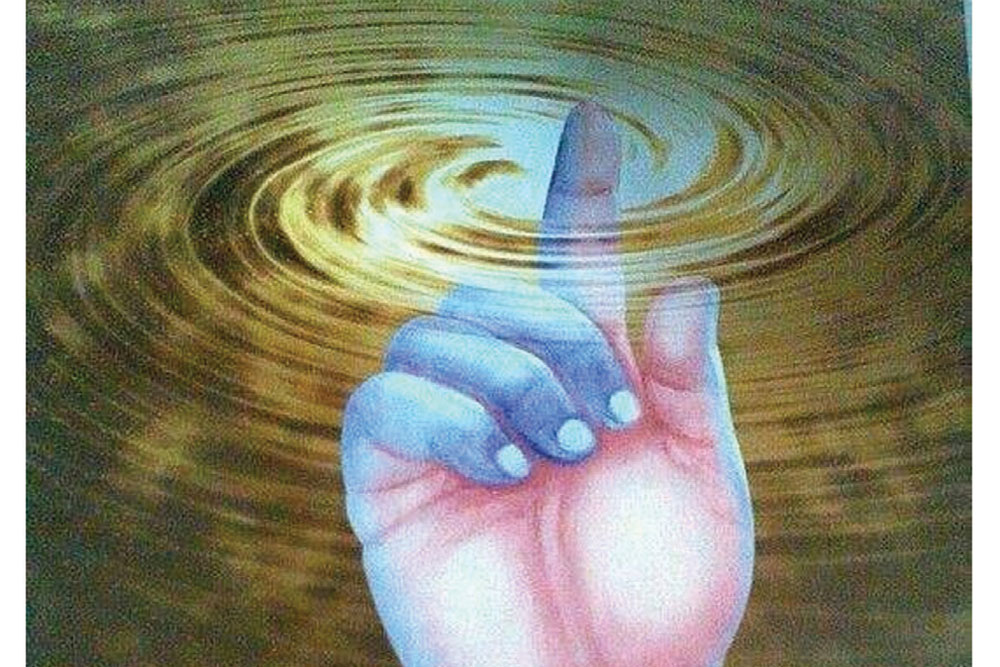 
EARLIER IN FEBRUARY, I had the good fortune of spending some time with Bibek Debroy—economist, scholar and translator—at the Jaipur Literature Festival. While our discussion was ostensibly about ‘Interpreting Dharma’, our conversation drifted towards the Mahabharata—that great polysemic forest of meanings, intuitions, injunctions and drama through which each generation of Indians must hack a path of their own. Despite this interpretive challenge, there remain some permanent master-concepts around which the Mahabharata ambulates, acquires a shape and ultimately throbs with meaning. Of these ‘dharma’ remains the most famous and pre-eminent of all. In fact, as Debroy writes elsewhere, ‘The Mahabharata itself is Dharmaranya, as individuals wander around in a mysterious forest, searching for their meaning of dharma.’ For much of our history, ‘dharma’ has appeared as a horizon of idealised actions which are ethicised by norms, mandates and precedence. But the Mahabharata is not a bland didactic text. Instead, it suggests explicitly that even as individuals try to arrive into that state of dharma, there are other constraints that will impinge our efforts—constraints such as individual talents, ephemera from previous lives, social status, the era into which we are born, the generosities of the gods or fortune or both.

Like an astute psychoanalyst who draws out the contours of the autobiographical narratives we carry in our head by letting our self-descriptions travel far and wide, including into entanglements and self-contradictions, the Mahabharata reveals our difficulties with interpreting dharma by forcing us into situations involving contexts and dilemmas. Should one lie to win? Should one speak the truth and hurt one’s loved ones? What are we to make of moral luck, when we perform actions that unbeknownst to us produce welfare in the world? Is love greater than any imperative of truth? Philosopher Bimal K Matilal, while reflecting on an episode from the Mahabharata involving two opposing actions as the sole choice, termed these ‘action-guide dilemmas’. To disentangle oneself from such dilemmas, the Mahabharata (or Krishna, more precisely) suggests that what constitutes an ethical individual action may transform into something unethical when viewed in totality of all actions involved. This is a different way of saying that Mahabharata’s idea of practicable dharma is not scale-invariant. What is dharma for an individual need not be dharma for a family, what is dharma for a clan needn’t be dharma for a country. Thus the hermeneutic challenge that occupies every generation is to ascertain for themselves not just the nature of dharma in the Mahabharata as a supra-concept but also its source. In fact, if the Mahabharata is alive in a philosophical sense—as a text that poses open questions—rather than as yet another sterile ancient text mandated as the word of God, it is precisely because of this interpretive challenge.

In our conversation, Debroy related the story of Bhishma and Arjuna, both similar in their talents and committed to celibacy when the following events take place. Bhishma is threatened by Amba that if he doesn’t break his vow of celibacy, she would immolate herself. Similarly, Arjuna is threatened by Uloopi, a Naga princess, that if he didn’t break his vow of celibacy, she would kill herself. In the Mahabharata, Bhishma chooses to stick to his commitments even if it resulted in the death of another human’s life while Arjuna prefers to save Uloopi rather than stick to his commitments. The hard question is not who performs an act of dharma, but how dharma is born out of these diverse actions.

The answer to the latter question is less than obvious. As any reader of the epics must have noticed, characters choose actions that mysteriously heighten the emotional demands of an evolving larger narrative arc. The dharma of characters is intimately linked to emotional flavours that animate a scene, a subsection, a chapter, a minor book and ultimately the epic itself. From this perspective—one that is informed by the needs of drama and narrative, rather than some philosophical disquisition on ethicality of actions or the litany of injunctions deemed appropriate by the ‘varnashrama dharma’ ideology—dharma resides in its ability to evoke emotional responses that we associate with welfare and flourishing. In contrast, according to this aesthetically inspired view, adharma is all those actions which evoke negative emotional responses in the audience. The advantage of framing our understanding of dharma in this way—in contrast to subjecting every action to a litmus test of an external criterion of ethical behaviour—is that it forces us to investigate our emotional reactions to the text and thereafter actions we perform, whether it be in the name of tradition or rule or precedence. The individual and their emotional responses—contingent on where they are in life—are suddenly elevated as the locus of investigation. Instead of repressing one’s emotion and acquiescing in dharma, here we link our emotional health with our understanding of righteous conduct. Viewed thus, instead of asking whether dharma is intimately tied to the conservatism of rituals and traditions or, for that matter, the rhetoric of liberation and freedoms, we allow dharma to be understood as a function of an individual’s emotional response.


Should one lie to win? Should one speak the truth and hurt one’s loved ones? What are we to make of moral luck, when we perform actions that unbeknownst to us produce welfare in the world? Is love greater than any imperative of truth? To disentangle oneself from such dilemmas, the Mahabharata (or Krishna, more precisely) suggests that what constitutes an ethical individual action may transform into something unethical when viewed in totality of all actions involved

For a millennium after Bharata’s Natyashastra devised in 1st-2nd century CE a taxonomy of 49 emotional states (bhavas) and corresponding nine mimetic strategies to evoke them (rasas) on stage or in print, there remained the question of how bhavas and rasas linked. How do emotional states transmute into aesthetic experiences for audiences of theatre and readers of text?

The great Kashmiri savant-sages, Anandavardhana and Abhinavagupta, offered theories on dhvani—or ‘poetic suggestion’—which they argued were means to universalise the experience of a rasa without being bogged down in the contingent history of individual selves. Their explanatory model dovetailed into the tectonic split that runs through Indian intellectual thought: how to reconcile the individuality of aspiration with the unity of collective experience? When dealing with an epic text like the Mahabharata—as we arrive into it today, divorced from history and tradition—we are faced with an old problem: how must we try to reconcile the polyvalent nature of dharma with the experiential unity of rasa? Is it possible to extract a dominant emotional experience as a reader of these epics? Anandavardhana argued that while the Ramayana was animated by karuna (compassion) as its archetypal emotion—starting from its opening scenes that involves the killing of krauncha birds which precipitates a despair-filled outpouring—when we speak of the Mahabharata, the supra-emotion is shantam (or tranquillity that arrives from liberation). This, of course, comports with the soteriological goals of Indian thought but it nevertheless poses the obvious question of how to understand an epic as being marked by tranquillity when its characters are often at their worst behaviours?

The answer to this question is complex and is a wider discussion; but from a practitioner’s point of view—as a performer or writer—a more immediate challenge manifests. How does one ‘manufacture’ tranquillity on the page or on stage? Perhaps it is this impossibility of dramatising tranquillity—that inner stillness—on stage or in a text that led Bharata’s Natyashastra to propose only eight rasas (rather than the now popular ‘navarasa’ by excluding tranquillity). That said, this question of how to evoke a rasa and sustain it through a scene finds its analogue in the question of how to discover one’s own dharma, one’s own ethical bearings with respect to oneself and others, and replicate it over the course of a life. What Indian tradition tells us is that emotional content and ethicised actions are fleeting and fast changing. Art and theoreticians of art may have found a workaround by producing stable rasas through technique and a grammar of aesthetics, but the question of how to ‘manufacture’ dharma remains unresolveable. The conservative answer is to critically relive the course of life and actions performed by one’s ancestors. Perhaps the real wisdom in Anandavardhana’s assessment that tranquillity is the Mahabharata’s dominant emotional archetype was his way of suggesting that the essence of the Mahabharata—that great forest of dharma—can never be produced on stage or in text except as an approximation and that too only fleetingly. We may experience this on a page or two; we may arrive into tranquillity after hours of colour, song, emotion and drama on stage. For a moment, dharma and rasa converge, and then like some fission experiment, they split again, fragmenting, scattering and pursuing their spectral paths, with us once again scrambling to reconcile the ethicised outer worlds with emotions that spraypaint the interior landscape.