How does one explain India abroad? 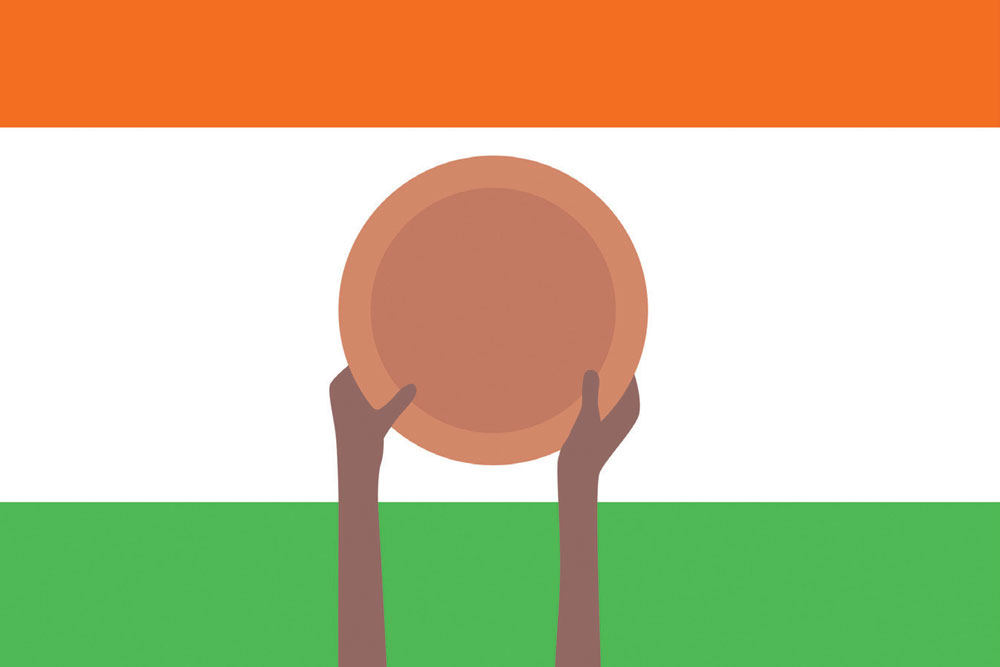 
INDIANS ARE OBSESSED with what others think of us. We crave approval, but our desi mixture of pride and prejudice means that we can swing wildly from wagging our collective tails at the faintest international praise to snarling at even the mildest critics to get their noses out of India and @$*# back to where they came from.

The way we’d like to be perceived globally is the Hindi-movie version of ourselves: upwardly mobile urbanites who retain good family values, wear attractive clothes and spend our days cavorting in and out of lavish weddings. We like to present ourselves as global CEOs who practise yoga, take strength from our ancient spiritual traditions, sprinkle our speech with buzzwords in English, and fall in love with the beautiful-traditional-modern partner our parents carefully curate for us.

Unfortunately, we don’t, in fact, live in a Hindi movie, but in India, where any real immersion for the foreigner usually results in shock, if not horror. I recently had dinner with an Argentinian woman who teaches at a prestigious university in Madrid. She had been planning a trip to India over the summer, until a group of her friends returned a few weeks ago from Kolkata having cut short their visit.

The professor looked embarrassed as she explained the reasons for her friends’ abortive actions. Apparently, they’d been walking down a road, avoiding being mowed down by the shoaling traffic, when they saw someone lying on a street corner. This person looked dead. My friend dropped her voice as she continued, “The thing is no one did anything about it. Like they didn’t even notice.”

I have spent over two decades playing international brand ambassador for our hyper-populated, dystopic, garrulous, frightening, endearing mess of a country. And despite ample opportunity for practice, I remain terrible at the job. How on earth does one ‘explain’ India to others? How does one calibrate the proportion of detail, honesty, boosterism, defensiveness and sheer laziness that all dinner-party explanations are an amalgam of?

The most opinionated of foreigners when it comes to India is the Chinese taxi driver. I spent close to a decade in Beijing, fielding incredulous queries from this garlic and cigarette-scented tribe, trying to take comfort in the fact that at least it gave me an opportunity to practise my Chinese.
“Your government just lets people sleep on the pavements?! Why don’t they look after them?”

“You’re from India? Too many people. You need the one child policy.”

I tried responding with talk about democracy and demographic dividends till my Mandarin gave out, but thankfully there was Bollywood—that great saviour of the Indian abroad.

Post-lecture on India’s failures in poverty alleviation, Chinese of a certain vintage would suddenly soften, and burst out into renditions of ‘Awaara Hoon’. They’d wax nostalgic about their first time in the cinema watching a Raj Kapoor film. Indian women, I was told, had big noses, which contrary to how it sounds, is a compliment.


My response is schizophrenic. When someone criticises India on the standard grounds of caste, rapes, poverty, etc, I haughtily advise them to learn to look beyond the stereotypes. But when they begin to wax eloquent about its dynamism and democratic values, I feel guilty about leaving them uncorrected

They liked our noses in Japan too, where, unlike in China, people were far too polite to directly bring up anything that might offend me. More often, they’d make appreciative noises about yoga, Buddhism and Rajinikath.

Bewilderingly, I was also often asked to explain my purportedly superhuman mathematical prowess. When I confessed that the apotheosis of my arithmetical achievement had been second-grade subtraction, I was met with a knowing laugh indicating that my interlocutor appreciated my modesty.

It turned out that there is a Vedic Math obsession in Japan, with reams of students attending after-school math tuitions based on textbooks with titles like, The Unknown Secrets of the Indians. Well, they were certainly unknown to me.

Being Indian in Indonesia, where I lived for four years, was a particularly complicated experience. On the one hand, there is no other country that I’d been to (with the exception of Pakistan) that had felt as familiar. In Jakarta, little retail shops selling everything from candy to talcum powder sheltered in the shade of extravagant malls. The call of muezzins punctuated the day to an olfactory backdrop of petrichor and frangipani blossoms.

Everywhere—embedded in the language, on street signs, in political commentary—were references to the Hindu epics of the Ramayana and the Mahabharata.

An enormous statue of Krishna leading Arjuna into battle dominated the roundabout in front of Monas, Jakarta’s main nationalist monument. Among the country’s favourite forms of mass entertainment, was wayang kulit, shadow-puppet theatre that features tales from the Indian epics.

But even as I spent my days fighting the urge to hug every Indonesian I encountered with a tearful Bhai-Bhai type energy, I discovered the feeling wasn’t always mutual. On the island of Lombok, I struck up a conversation with a Balinese policeman while covering an event.

“Are you Hindu?” the young man asked. I nodded. “So am I,” he said. “Can you tell me why you treat women so badly?” Local Hindus, he explained, were embarrassed, “because people keep saying Hindus rape and beat women after reading the news about India.”

I am currently based in Europe where I get a lot of practice in fielding the standard smorgasbord of questions pertaining to caste, spices, saris, poverty, religion and dancing.

“Yes, I have seen Slumdog Millionaire,” is a sentence permanently lodged in my mouth. My tongue is familiar with its contours in multiple languages: español, français, even Deutsch.

For Europeans of a foreign-affairs bent of mind, India has emerged as the saviour du jour simply by virtue of its being not-China. There are people who gush about India’s English-educated, technically competent workforce. (This usually puts me in mind of our local electrician in Delhi who is possibly the least technically adept person to have ever existed, but never mind). There are those who praise India for its democracy and commitment to diversity.

My response to all of this is frankly schizophrenic. When someone criticises India on the standard grounds of caste, rapes, poverty, etc, I feel a flare of patriotism and haughtily advise them to learn to look beyond the stereotypes.

But when they begin to wax eloquent about its dynamism and democratic values, I feel guilty about leaving them uncorrected; for pandering to their boosterism. I feel compelled to mention the bigotry, misogyny and searing inequities that are in fact the primary constituents of our ‘values’. But usually, I just sip my wine and force the words down. It’s too much, for casual chit chat.

There was the time when a Polish writer I was sharing canapés with at a literary festival in Tokyo blandly told me she was too scared to visit India. I would have choked with indignation had I not been too busy blinking away the tears of sadness that had welled up. I was angry, offended and grief-stricken, for in that one statement there were worlds of truth and lies, and I simply couldn’t do justice to the messy, contradictory reality of my country in any response.