Coexist with nature, never seek to conquer it 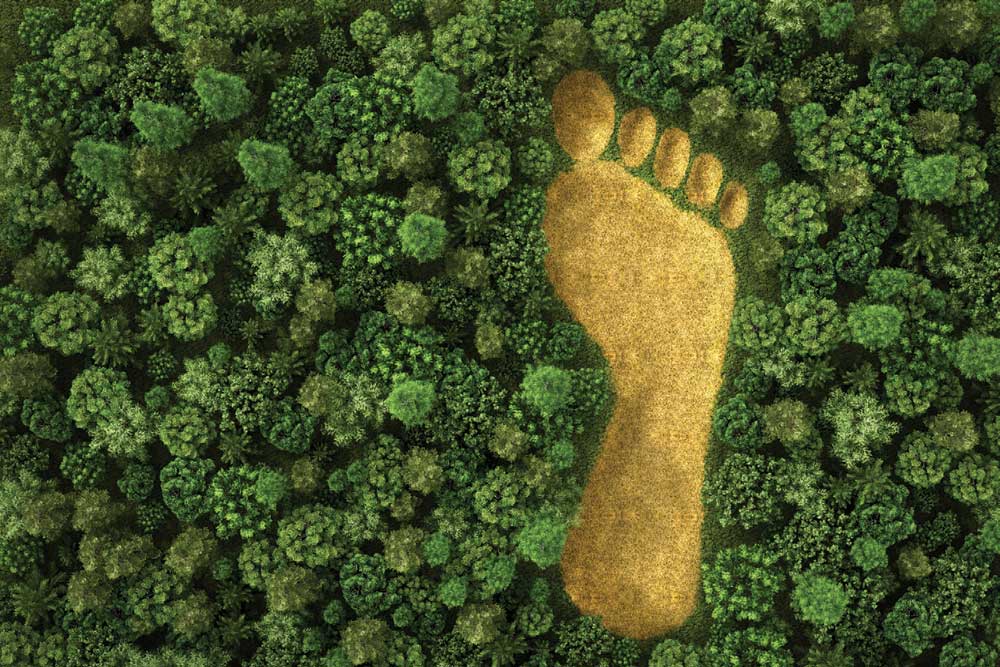 According to India’s ancient sages, in the beginning there was nothing but the Ekārnava waters. This was where Shri Maha Vishnu, the Preserver in the Hindu Trinity, rested in deep sleep. There was nothing for Him to actually preserve at that point in time. At some point, a primordial ‘Aum’ was sounded, which made Shri Maha Vishnu open His eyes. A lotus sprouted from his navel, and this was Brahma’s territory. Creation started from this point onwards.

Science says that there was a Big Bang or emission of sound with which the world, as we know it, occurred. The scientists agree that life started in water. Indians claim that it was the intense meditation of the seers which made the universe divulge its secrets to them, and which was subsequently shared by all of humanity.

There were umpteen apple orchards with many people walking through them as well as sitting under the shade, feasting on the fruit. Apples would have fallen in many places too. Yet, it took a Newton and a fallen apple to ‘discover’ gravity. He can be considered no less a rishi than the rudraksh bead decorated, ash smeared, renunciate who springs to mind at the thought of a sage. Marie Curie, who ultimately gave up her own life for the study of radiation, was again someone whose passionate desire for knowledge outweighed any concern for her own longevity.

Anybody who would have rubbed his head where the apple fell, picked up the fruit and ate it would not have been a scientist. According to the ancients, what differentiates a lay person from people exploring the frontiers of knowledge is inertia as opposed to the intense need to know why things happen the way they do or remain the way they are.

Let us take the physical properties of human beings. The respiratory, circulatory, limbic, digestive and nervous systems are all identical in their functions. While the size of the heart of a person born and bred in the high ranges may be bigger from that of a dweller of the plains, so as to facilitate greater oxygen efficiency, the actual working of both is the same. A cell under a microscope reveals that it is a human cell. It does not differentiate between religion, language, caste, nation or another of the manmade walls between humans.

Shri Adi Shankara’s Soundarya Lahari declares that it is only by the will of the Divine Mother that the products of Creation exist without merging into each other. Certainly, it is crucial that differences are there, and recognisably so, for the proper functioning of the universe. But to assign ‘value judgements’ because of such differences is to play at being God! And this is not something that human beings excel in.

It was commonplace in prehistoric society that humans banded together, either against common threats or to defend common interests. When societies became larger, they would have split up into clans to maximise resources. As in the animal kingdom, hierarchies sprang up. It was survival of the fittest. In most species, the stronger would get the greater share of food, access to mating partners, etcetera.

Human beings were able to build a society where their common clan memories and knowledge were easily recognisable and retrievable as well as recordable. It is known now that elephant herds use their ‘clan memories’ in the way they identify waterholes and paths of travel. While researchers know that this exists, they are not able to comprehend why or how these pachyderms do it.

Because of the variety and complexities of languages, there has been a corresponding burgeoning of thoughts as well as actions based on those thoughts. The ancients warned against the gradual alienation of the human species from the environment. Man has learned to take from nature with such greed that nature itself often shows her displeasure. It is this crass human behaviour which is being labelled as the cause of
‘climate change’.

A casual look at the history of the earth will show that human beings have always lived on this planet, which is the venue of many species of flora and fauna. The physiognomy of the earth is a changing one and very much a work in progress. Nature will always emerge the victor as time is on its side. For their very survival, humans will have to surrender to nature, and not the other way round. Excavations prove that many civilisations and cities have formed the fossilised foundations of the world as we know it today.

There are two symptoms of a single malaise that has to be addressed immediately. Whether the coronavirus devastating the world is natural or grown in a laboratory is secondary. If we look to the wisdom of the ancients, they placed emphasis on the means of coexisting with it. The medical experts aver that this is an airborne virus. Technically, this means that until the very last virus is destroyed, chances of infection persist. Therefore, the chance of getting the disease is still there until that point of complete elimination is reached, which may be far away. The one objective during the pandemic is actual physical survival. Hence, the hardships of a physical lockdown are yet to be computed. The economic, psychological, emotional and mental consequences are yet to be thought of, let alone calculated. Measures, such as many that are being used against the spread of the virus, are affecting nature as well as the interaction of human beings with nature, with their environment, their societies. To ‘freeze’ so many activities till the complete eradication of the virus contradicts the dictum of learning to coexist with the vagaries of nature.

The other symptom is the silent war on nature which is waged by puny human beings. Nature by itself is bountiful. But the moment it is taken for granted, much like human beings, it reacts sharply. Take, for example, the narrow strip of land called Kerala. The best natural harbour in the state is in Cranganore or Kodungallur. The canal into the Cochin harbour is neither deep enough nor wide enough to be the best natural port. The idea of a harbour at Vizhinjam is worse. The natural beauty of Vizhinjam and Kovalam, which attracted tourists for decades, is gone. Shankhumukham, the lovely beach near the airport in Thiruvananthapuram has shrunk to a child’s sandpit with the seas being rougher than before. To think that this sea erosion is thanks to climate change alone is absurd when human actions are not taken into account.

These two symptoms are the direct result of the superiority complex of human beings who have conferred upon themselves the right to rule over all other species. They ignore the injunction of the ancients to coexist in their rush to conquer. When human beings are bent upon proving superiority over the colossus that is nature, that they will attempt to prove superiority over fellow human beings is a given. Heed the ancients of this land. Both such efforts at conquest will end in nothing but disaster.