Eat Your Way to Heaven

The link between feasting and thinking right 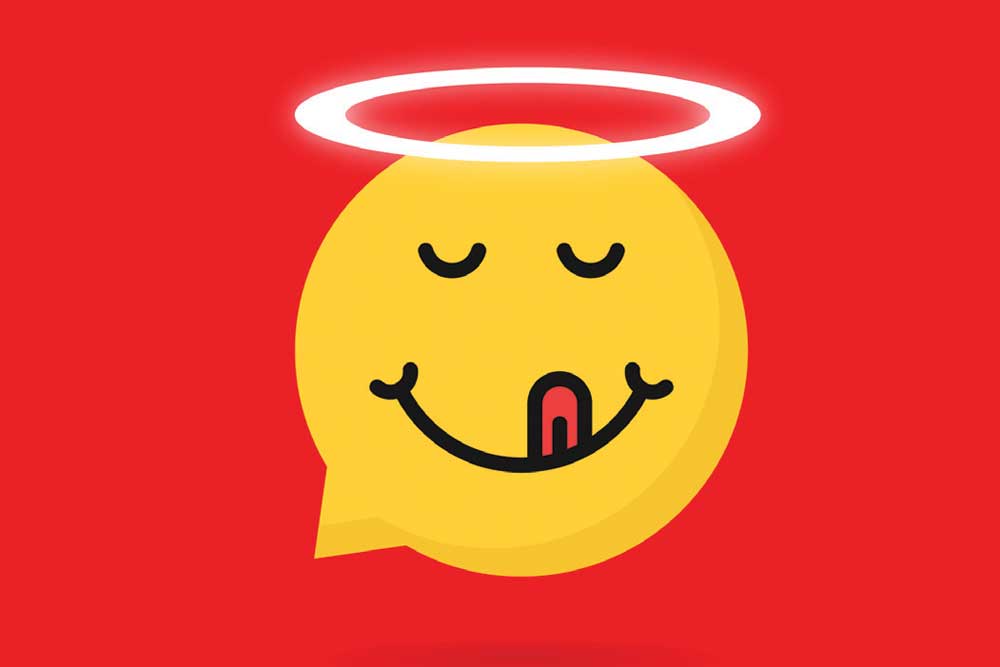 I HAVE ALWAYS wondered about the source of my disbelief about an afterlife, about a heaven and hell, and my conviction that one should live one’s life happily without causing pain to oneself or others. Hence my insistence that I will not deprive myself of anything—no biking up a steep hill when I can stroll, no jogging, no fasting, eat everything, deny myself nothing. Turns out, these convictions have an ancient lineage.

Brihaspati (c. about 7th century BCE) is regarded as the founder of a philosophy that extolled the living of a pleasurable life, one that did not bring pain as a consequence to oneself or others. He said:

Eat, drink and make merry, for tomorrow we die!
Go into debt if necessary to live a happy life.

While most of the world knows Epicurus, the Greek philosopher who too espoused a similar philosophy, Carvaka Lokayata (‘Worldly Thought’) predates the Greek by 300 years and may even have influenced his work. For the Epicureans, the highest form of good was ‘pleasure’, defined as the freedom of pain in the body (aponia) and freedom from anxiety and disturbance (ataraxia).The Epicureans believed that true happiness came from satisfying one’s basic desire for food, drink, shelter and clothing, and not from coveting things that were more difficult to obtain. Epicurus advised his followers to avoid towns, and especially marketplaces, in order to limit the resulting desires for unnecessary things. His logic was: once we experience unnecessary pleasures, such as from rich food, we will suffer from painful and hard to satisfy desires for more and better of the same. No matter how wealthy we might be, Epicurus pointed out, our desires will eventually outstrip our means. Epicureans train themselves to desire only the very basics, which gives them very little reason to interfere in the affairs of others.

Carvakas were different. They did not curtail their pleasures. They were materialists who rejected gods and the dominance of the Vedic priests and also nihilism (which said nothing existed except thought). A Carvaka would say:

While life is yours, live joyously;
None can escape Death’s searching eye;
When once this frame of ours they burn,
How shall it e’er again return.

What we know about Carvaka Lokyata is presented in the form of Purvapaksa, represented by its opponents, and is contained in the Brihaspati or Lokyata Sutras. The source of information on this philosophy is only the writings of those who sought to refute and ridicule it, says Debiprasad Chattopadhyaya. Sometimes Brihaspati is equated with the teacher of the gods who propagated materialism among the Asuras so that they might be ruined. According to another view, the root ‘charva’ means to eat, or a person who eats up his own words, or who eats up all moral and ethical considerations, or a person who is ‘sweet-tongued’ (charuvak) and therefore whose doctrine is superficially attractive. Another synonym of Carvaka is Lokayata, which means ‘commoner’ and therefore, by implication, a man of low and unrefined taste. In the Ramayana, Carvakas are called fools who think themselves to be wise and who are experts in leading people to doom.

The Carvakas attempted to understand and explain natural phenomena through the properties of four material elements—earth, water, fire and air. They believed that the elements may change their nature at any time, and thus nature does not contain eternal laws. For them, the mind is not separate from the body, but is part of it. When the body dies, life and intelligence too perish. There is no life after death. It’s not surprising that they would extol living a pleasurable life: ‘there is no paradise except the sensual pleasures of everyday life.’ But one should be careful to choose pleasures that do not bring pain as a consequence. Debiprasad cites an example from the Mahabharata to show that Carvakas were not plain hedonists.

The way you think about the mind-body link determines how you take care of your body. It also influences how societies, rulers and officialdom have made choices about what foods their populations can grow and eat

When the Pandavas returned triumphantly after the Kurukshetra war, thousands of Brahmins gathered in the city gate to bestow blessings on Yudhishtira. Among them was Carvaka. He moved forward and addressed the king thus:

‘This assembly of Brahmins is cursing you for you have killed your kin. What have you gained by destroying your own people and murdering your elders?’

This outburst stunned Yudhishtira and the assembled Brahmins. Then the other Brahmins told the king that this Carvaka was only a demon in disguise. They burnt him, the dissenting Carvaka, to ashes.

To Debiprasad, this certainly does not suggest a hedonist philosophy of blind selfish pleasure.

What does such a philosophy have to do food? Well, quite a lot. Do you believe that your mind is separate from your body? Or do you believe that the two are fused? If you believe the former, you are less likely to take care of your body, because you are more likely to perceive it as a mere shell. Researchers at Cologne University examined this by priming two groups— one with this belief in dualism, and the second group with the belief that the body and mind as part of one entity. They reported that the ‘dualism’ group made decisions about food (example: eating unhealthy food) that could ultimately compromise their physical health.

This question about the separateness or the fusion of mind and body has plagued religious and philosophical thought in the East and the West since ancient times. Mind and body were not always seen as separate, and still aren’t by many religious beliefs. Until the 15th century in Europe, the religious view was that thoughts were created by the way the soul arranged the sensory (physical) stimuli. The mind and body, said the Pope and others, were fused into a single unit, and truths and certainties moving the soul were determined a priori by God.

Then came Rene Descartes (1596-1650), seen as the father of modern day philosophy, who said: ‘I will suppose not a supremely good God, the source of truth, but rather an evil genius, supremely powerful and clever, who has directed his entire effort at deceiving me.’ If one is not certain that the things one sees or experiences is actually real (think of the movie Inception or The Matrix), then only one certainty or truth remained for Descartes: ‘I see very clearly that, in order to think, it is necessary to exist.’ What my eyes tell me that ice and water are two different substances, my mind reasons is the same substance. To doubt is still to think, and to think is to exist, to be. Cogito ergo sum. ‘I think, therefore I am.’ Revolutionary, no? Though later Cartesians and adherents of dualism abandoned Descartes’ belief that the soul could meet and impact the vital spirits and workings of the body through the brain’s pineal gland, the binary he created between mind/body, thought/ matter, subjectivity/objectivity still remains a potent force in Western science and philosophy today.

What does all this have to do with food, you may ask. Well, the way you think about the mind-body link determines how you take care of your body. It also influences how societies, rulers and officialdom have made choices about what foods their populations can grow and eat. Ken Albala’s Eating Right in the Renaissance, an intellectual history of theories about foods and how they operate on and in the body, examines the dietary prescriptions in Europe of the late 15th century. These guides based on a theory of humours that still informs much of South Asian cuisine told people what to eat and what to avoid. For what? To think right. Eating the right foods leads to thinking right—a visible manifestation of the fusion between mind and body.

This link between feasting and thinking right can be seen in the tradition of feeding the priests to mark a ceremonial rite of passage. The priests perform the rites, and are rewarded with a feast. Here the order is reversed—you think right and then you are rewarded.

A counterpoint is provided by the Carvakas who do not see high living as incompatible with the good life, especially when the good life consists of high thinking. What the Carvakas cottoned on to is this: it is important for each one of us to experience pleasure if each one of us wants to create a perfect body and soul. Unlike Western utilitarians (John Stuart Mill’s greatest happiness of the greatest number), Carvaka philosophy speaks to the individual, not to a group. For Carvakas, who are considered the first ethical hedonists, true morality consists in so regulating life as to make it yield the maximum of pleasure. Christopher Framarin quotes from their philosophy:

‘The enjoyment of heaven lies in eating delicious food, keeping company of young women, using fine clothes, perfumes, garlands, sandal paste, etc. The pain of hell lies in the troubles that arise from enemies, weapons, diseases; while liberation (moksha) is death which is the cessation of life-breath. The wise therefore ought not to take pains on account of that.’

This fixation on the individual may not be such a bad thing. If each one of us eats and lives in a way that yields pleasure without causing pain to others, wouldn’t the effect become universal anyway? And we would end up with perfect bodies, perfect minds and perfect souls in this (and our only) life.