A Delayed Tryst with Destiny 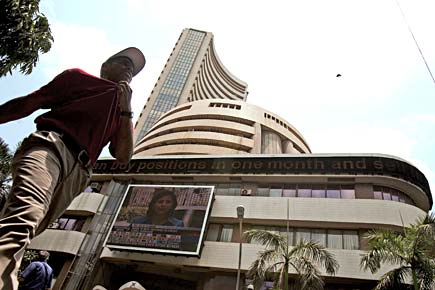 JAWAHARLAL NEHRU’S SPEECH to the Constituent Assembly in Parliament towards midnight on August 14th, 1947, invoking India’s tryst with destiny, ended with these stirring words: “We are citizens of a great country, on the verge of bold advance, and we have to live up to that high standard. We cannot encourage communism or narrow-mindedness, for no nation can be great whose people are narrow in thought or in action.”

Nearly three-quarters of a century later, has India kept its tryst with destiny? And what precisely is that destiny?

In 1947, India was a very poor country. The poverty rate was over 70 per cent. Literacy was 12 per cent. The average lifespan of an Indian was 31 years.

British colonialism bled the country dry. Per capita income had stagnated during the 190 years of British occupation, between 1757 and 1947, driving millions into debilitating poverty.

Nehru, of course, knew this. He had read, in prison, Dadabhai Naoroji’s 1901 book Poverty and Un-British Rule in India.

But Nehru was an Anglophile, susceptible to British flattery, a weakness the Mountbattens exploited fully. India’s last viceroy, Lord Louis Mountbatten, knew when to turn on the charm and when to turn it off. Wife Edwina played her role to script.

Mountbatten hid his background well, including his German lineage. The viceroy’s father, Louis Alexander Mountbatten, had been forced to change the family name from the German Battenberg to Mountbatten (Battenberg, literally translated from German to English, means Batten Mountain) during World War I as anti-German feeling rose in Britain. Three years earlier, in 1914, he had been forced to resign as First Lord of the Admiralty.

On July 17th, 1917, Britain’s Royal Family, also of German descent, published an innocuous announcement in The Times, London. It said briefly that the Royal Family’s name was being changed with immediate effect from Saxe-Coburg-Gotha to Windsor.


Indian startups are bursting with creative energy. Those born after 1996, that is, after the millennials, are driven by a can-do optimism rather than can’t-do pessimism

Nehru never fully understood how he could have used Mountbatten’s fragile temperament—which he covered up with bombast—to negotiate a more peaceful end to British imperialism in India.

Instead, he agreed, to Britain’s surprise and delight, to join the Commonwealth. Without India, the Commonwealth would be a smattering of islands in the Caribbean and the Pacific, Anglo-Saxon settlements in Australia, Canada and New Zealand, and military dictatorships in sub-Saharan Africa and Asia.

Nehru’s missteps on Pakistan (1947-48) and China (1962) are well documented but his outstanding role in laying the institutional and industrial plinth of modern India has in recent years not received the recognition it deserves. Have successive governments since 1964 built on that plinth? The answer: only sporadically.

India’s lost decades of economic growth from the mid-1960s to the mid-1980s continue to delay India’s tryst with destiny. That destiny is to create a country free of hunger, disease and prejudice, deliver prosperity to all, practise discrimination against none and encourage rapid industrialisation. In short, build a modern society that is progressive and outward-looking. How has India done since 1947?

At Independence, India’s economy was small and rudimentary. Today, it is the fifth largest in the world, ahead of Britain, the old coloniser. Per capita income, though, remains low. Public health is in crisis. Politics is in flux. And yet, there is much to look forward to: Indian startups are bursting with creative energy and innovation. Those born after 1996, that is, after the millennials, are driven by a can-do optimism rather than can’t-do pessimism. They will keep India’s delayed tryst with destiny.

Stories of Indians fleeing to greener pastures abroad are exaggerated. In fact, every major global firm is investing in India or planning to do so. Despite the Covid pandemic and mournful obituaries of the economy, India is set to overtake Germany and Japan to become the third largest economy in the world by 2030.

As Nehru said 74 years ago: “We have to work hard to give reality to our dreams. Those dreams are for India, but they are also for the world, for all nations and peoples are too closely knit together today for anyone of them to imagine that it can live apart.”