Testing New Waters | Together or Not? 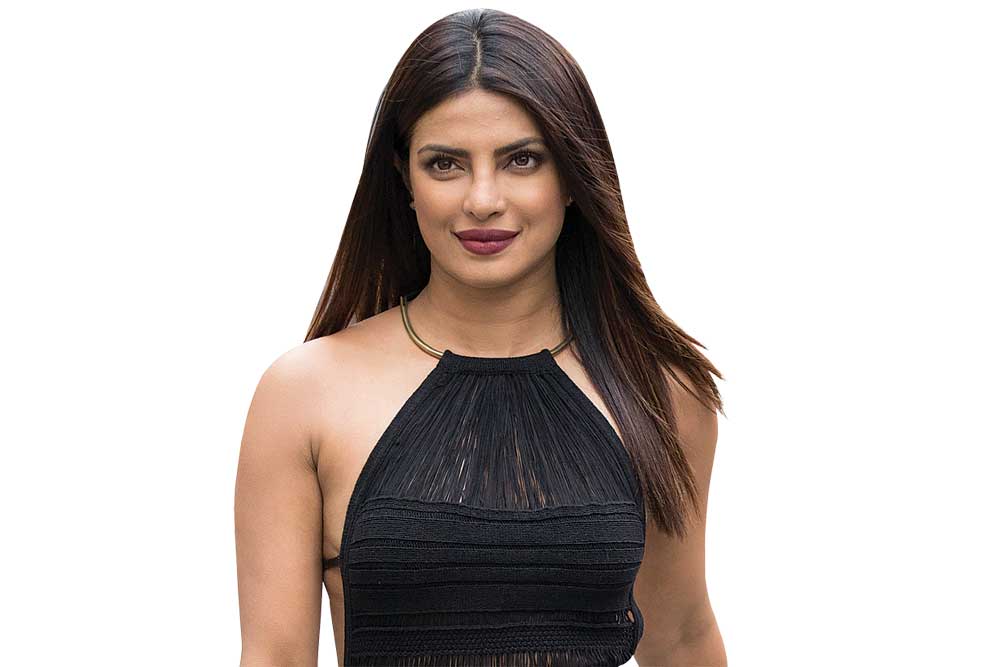 Priyanka Chopra knows how to work a crowd. I saw the actress do her thing at the red carpet before the world premiere of her first American film, Baywatch, in Miami last weekend, and boy does she know exactly how to get them eating out of her hand. For one, she showed up fashionably late—well after most of the other cast had arrived and were doing press— and appears to have decided she was going to dress elegant and conservative despite knowing the other ladies would more than likely go bolder since the event was at South Beach. It worked. Her hair pulled back casually in a pony tail, and wearing a shimmering blue dress that mostly hid her curves, she stood out amongst the sea of cleavage and thigh.

But it was the manner in which she engaged with the crowds directly that set her apart from most of the others. Only Dwayne ‘The Rock’ Johnson got cheers as loud as PC. She was a bigger hit than David Hasselhoff and Pamela Anderson, who were also present at the event. When it was time to do press, Priyanka sportingly worked the entire line, stopping at every hack who had a question for her—laughing, teasing, provoking all the way. It’s not hard to see why she’s winning over America in the way that she is. She’s happy to play by the rules, and she doesn’t just deliver, she overachieves.

Manisha Koirala admitted to me that it took some convincing on the part of Rajkumar Hirani before she agreed to play Nargis Dutt in Hirani’s new film, a biopic of the controversial actor Sanjay Dutt. Koirala, who was diagnosed with cancer a few years ago, revealed to me that she’s “fully healed” now but the experience changed her life completely. Films, for one, are not the be-all and end-all of her existence.

When Hirani called, Manisha was excited but admits that she dithered for weeks before committing. She says she has no problem playing a mum, but doesn’t want to get slotted. “In this film, I was going to play Ranbir Kapoor’s mother. It wasn’t an easy yes.”

Eventually, she decided it would be a great role to sink her teeth into, and although she hasn’t started filming yet, she doesn’t regret her decision. She says she’s been reading books and talking to people about their impressions of the late actress, but says her old friend Sanjay Dutt was of no use. “We worked together many times. But I don’t remember ever having a serious chat about his relationship with his mother.”

Despite repeated rumours from the set that this pair of young actors had become ‘very close’ during filming, the duo in question has laughed off suggestions that they’re romantically involved. Some gossipmongers even implied that the male actor was responsible for the young lady having bagged the project. But those charges too were dismissed by everyone concerned (including the actress’ mother).

Now it appears that someone may have got a little bit closer to the truth. Some paparazzi who were in the vicinity of the male actor’s home one night claim they saw the actress leaving his apartment building at roughly 2 am. They insist the young lady spotted them too and panicked. But they chose to save her the embarrassment and refrained from taking pictures out of courtesy and respect for her famous parent.

To be fair, none of this is evidence to suggest that there is anything more than what meets the eye. Perhaps, as co- stars and friends, they were playing board games until the wee hours of the morning. Or they were earnestly rehearsing their scenes together.

Or, hey, perhaps they were just spending time together, figuring out a relationship that’s still too new to put a label to just yet. Is that such a crime? Let’s leave them alone folks.