The director of Pink, Aniruddha Roy Chowdhury, tells Open why he wants to make movies that reflect society today 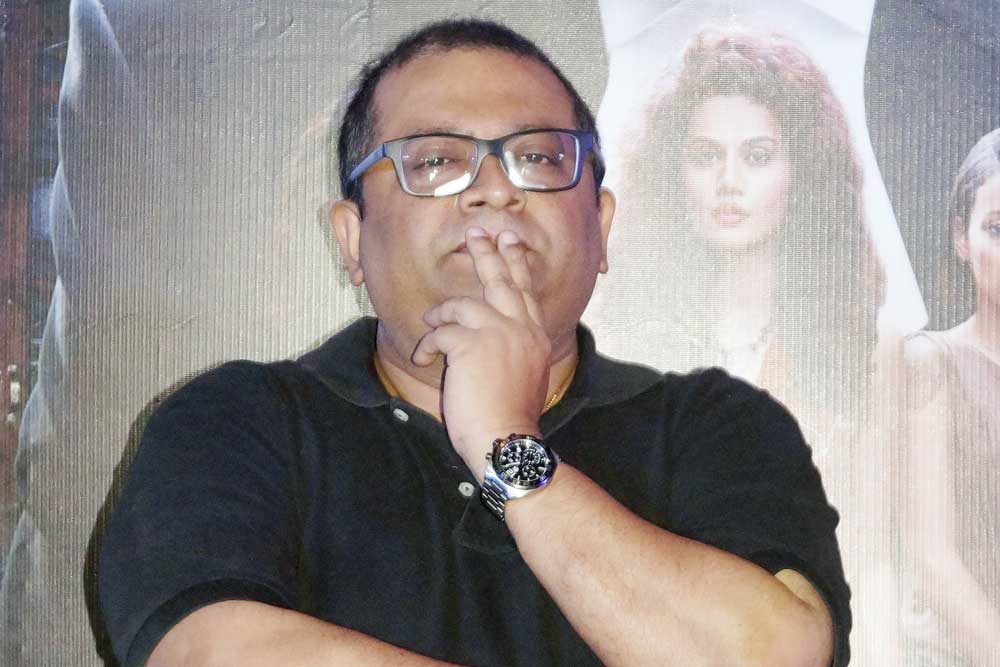 It’s early afternoon on a Monday and a suburban cinema hall in Mumbai is packed. There’s pindrop silence. A young girl sitting next to a guy lets go of his hand and leans towards the screen trying to pay full attention. A lady in her early fifties adjusts her spectacles and whispers something to her friend to which she nods in agreement. A father caresses the cheek of his seven-year-old daughter who is trying to make sense of what’s being said on screen. They are all watching Pink, a film that forces viewers to rethink the rules of moral policing against women in India. We speak to the film’s director Aniruddha Roy Chowdhury who has many reasons to continue making cinema that reflects the many problems that face today’s society.

After a long time we are seeing a film on moral policing that calls out to the double standards we have against women in society. What triggered the idea for Pink?

The film was less of an idea and more of a calling, a need ask everyone including myself to wake up to what is happening around us. Every day, for years, I’ve seen newspaper clippings and video footage of women around me being harassed, humiliated and their freedom being curbed to no extent. A young girl in my building in Kolkata was asked to vacate her house for throwing a party. Her friends were warned by the college principal because they wore shorts to class. We’d be okay with boys driving around till late night but would question our daughters if they did the same. If a boy goes out with a girl, he’s being macho, but if a girl goes out with multiple boys she’s of bad character. This is such feudal thinking. I myself have questioned my daughter multiple times if she’s out late. I may not have done the same with my son. This is a mindset we have lived with for generations, and that needs to change.

How have women around you reacted to the film?

It’s not just women, but many men have responded positively to the film as well. It’s not easy to look at something that mirrors your life or resembles the shortcomings we live with and then stand up to it. A young girl I know called me and said she is going to watch the film again with her dad. The woman who works in my friend’s house told her how the film made such valid points. I don’t think Pink is going to play catalyst or be successful in changing mindsets that have dictated our lifestyles for years, but it has instigated a debate. It has forced people to rethink the way we treat our daughters, wives, maids, and even the sex workers we visit. That’s success for me; that’s where we have not failed the integrity of our story.

You grew up in West Bengal, where the youth are a lot more politically motivated. Did you witness moral policing during your childhood?

I was very apolitical in my youth, but I grew up witnessing a lot of violence around me. I grew up when the naxal movement was at its peak in Bengal. Amidst the tension, there was a lot of poetry, music, art, writing that emerged. It was the best form of expression. My mother was the most liberal woman I know, in fact even I’m not as liberal as she was. Her upbringing helped me ask the right questions and opened my mind up to discriminations in our society. Today when I see women being thrown out of pubs and tagged for the clothes they wear, I feel like we are digressing as a society. It was a lot more transparent during my time in the 80s. Women were more independent and fearless and rebels were rebels with a cause. It also could be because the media wasn’t as active then and many of these stories were never out.

Performances in the film stand out because the female protagonists don’t play the victim, despite being the victims. How did you achieve that?

We’d sit down and speak to each other every day. Myself, Tapsee, Andrea, Kirti, Angad, Shoojit, we spoke about our ideas of freedom, where we failed and succeeded to implement these ideas in our own lives. More than the scenes, we worked on how conscious we were of our surroundings and the way women were being treated around us. We read newspaper reports, spoke to women living independently in urban spaces like Mumbai, tried to understand their concerns. That’s where our characters came from. We wanted to focus on consent and how “No” means “No” irrespective of what part of the world you come from, or what section of society you belong to. The film mirrors life because we have not distorted the truth.

Your first film Anuranan also speaks of stereotyping. Have you seen things change in the last 10 years?

Honestly, I don’t know. In Anuranan, a woman is labeled because she goes out with a friend who is married to another woman. Unfortunately, he dies, and everyone blames her. This is a very small instance, but somehow I feel like as an individual I have the moral responsibility to raise these concerns. I am a filmmaker and it’s not always easy to stick to a stance when your producers want to make a commercial film that appeals to everyone. But now I think it’s worth the risk. Even today girl child is killed, women fear to go to a police station because they know they will be subjected to humiliation. The only difference is that earlier we never had so many mediums to express our concerns, and today we do.

Do you think that Pink will have an impact?

One film cannot change anything. It’s just a ripple in the water. I hope many such films are made, and that people speak out when someone is treated unfairly. If this film gives one woman the confidence to fight, I will feel like I have done my job. I hope we can create a safer environment for women in our society, before it’s too late.