It is an observational film with very well written characters, and conversations that are funny, and sometimes poignant 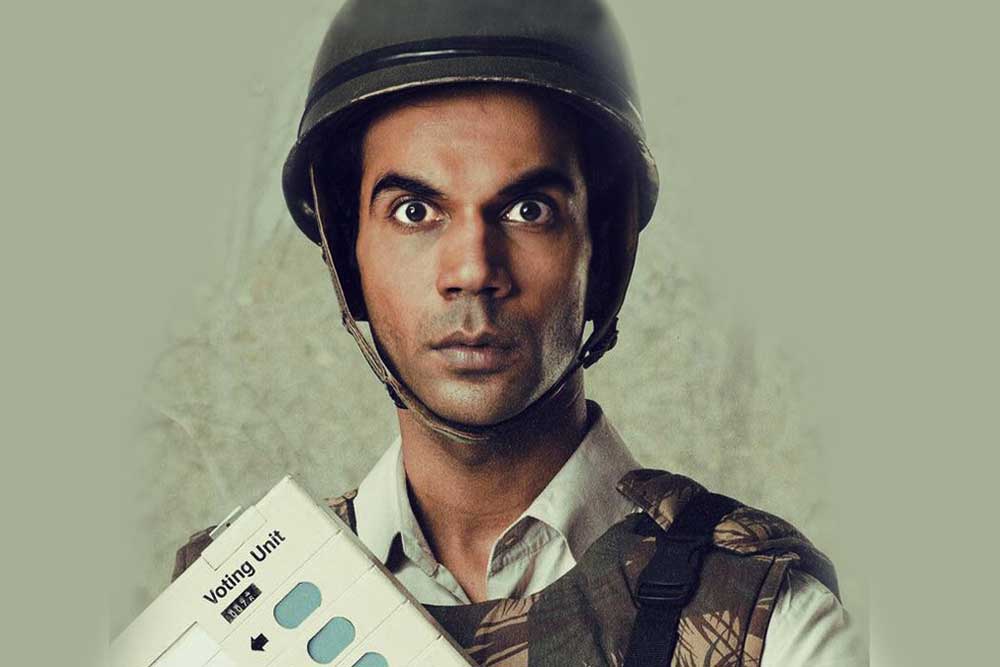 Newton makes the connections between simplicity and integrity and shows how this link is the basis of the electoral process. It arrives at this deduction through an uncomplicated cinematic style, and without turning the exercise into a lesson in civics.

But first, the movie looks at the larger picture – the universe. A General Election is taking place in India, and a senior election officer (Sanjay Mishra) turns up to instruct Government officials how to handle polling booths. He meets a young clerk over a cup of tea, and is struck by his unusual name, Newton, which, naturally, leads to a discussion on Isaac Newton’s laws of motion and universal gravitation. He then uses an analogy to expand these scientific discoveries to a notion of their impact on human social hierarchy, explaining that since we are all subject to the laws of the physical universe, irrespective of social status, one individual is therefore exactly equal to another, by the same laws of physics. It is a small role that Sanjay Mishra plays in the film, which ends right here, but the perfection in his delivery of this syllogism is striking.

Newton Kumar ( Rajkummar Rao) is later appointed the Presiding Officer at an election booth in a Naxal-controlled village in Chhattisgarh. When he travels there with his team, they are given full security, including bullet-proof jackets. He is a meticulous young man who follows procedure to a tee, and whenever the Army Officer in charge of their security (Pankaj Tripathi) tries to fob him off and cut short the time spent in the forest on election duty, he revolts.

Most of the film is set in a polling booth hastily set up in an abandoned schoolroom. Nobody turns up to vote as the locals trust neither the government officials or the Naxals who have instructed the villagers not to vote. So the polling team and the security unit just end up waiting. ‘Newton’ is an observational film with very well written characters, and conversations that are funny, and sometimes poignant. It uses this dialogue between a diverse set of people to show the absurdity of an election in a remote forest, where voters are eking out the simplest of living, without a clue of what a general election is all about, or who the candidates are. Nobody has ever dared to campaign here, and so the whole exercise appears farcical.

But Newton is possessed by the idea that every vote counts, not because it can affect the result of an election, but because a vote is the simplest unit in a democratic process, and, by extension, the first step to achieving the rights to liberty, equality and fraternity. When the villagers ask him what they are going to gain from it, he says they are going to get nothing, except to express themselves by making a choice. Later, he risks injury to himself and a possible suspension in Government service, to make sure that all who want to vote at the booth, have that option available to them on election day.

The film marks time, albeit with amusing moments, for most of its duration. When the second hour of the movie begins, you are done with the observations and your patience starts running out. You can’t figure out which law Newton is in the process of figuring out next. Then, suddenly, in the last half hour, the movie rapidly gains momentum and makes the simplest of equations between the value and behaviour of a single vote and a single molecule in the natural universe. What comes through in the film is that absolute integrity, like the one demonstrated by Newton – the Presiding election officer who makes sure that a handful of votes are registered in his EVM – is the glue that allows the natural process of democracy to take root and flourish.

It is an elevating thought, and the writer and director of the film leave us with a crystal clear moment of clarity, a minute of lucidity. Though it does take us a while to get to that epiphany, it is well worth the wait.