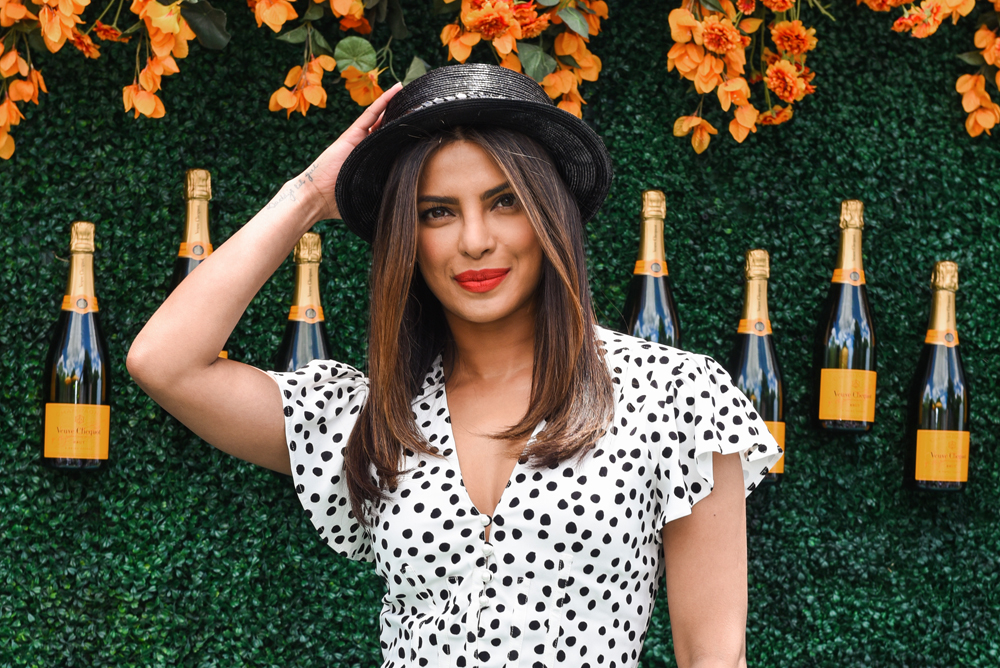 Priyanka Chopra was so impressed watching Hrithik Roshan’s and Tiger Shroff’s fluid dance moves in the Jai Jai Shivshankar track from War that she called up her Krrish co-star to tell him he had “killed it”. The actress, in India currently to promote her new film The Sky Is Pink, hasn’t stopped raving about it. “For some time going forward no one should do a dance track because it’s going to be hard to match or even to come close to what Hrithik and Tiger have achieved in this one,” she told me. “They’re basically the same person,” she joked, referring to the fact that both men are elastic, nimble-footed and possess the kind of dancing skills that leave most people gawking with their jaw on the floor.

Priyanka isn’t doing much dancing herself lately, but she will shoot another film in India: an adaptation of Aravind Adiga’s celebrated novel The White Tiger for Netflix, which will be directed by Man Push Cart and Goodbye Solo helmer Ramin Bahrani. In the film she stars with Rajkummar Rao, with whom she had a reading in Mumbai earlier this week, following which both put up social media posts saying how much they were looking forward to working together.

Not long ago the hot topic of every discussion in Bollywood, adman Mahesh Mathai’s Saare Jahan Se Achcha is of little interest to filmwalas now. First, Aamir Khan left the film after the team had gone so far as having conducted shoot recces in Russia. Aamir dropped out at pretty much the eleventh hour on the pretext that he had decided to immerse himself in an ambitious Mahabharata project that he was developing, which left him with little time to take on any other work.

Then Shah Rukh Khan, who stepped into the project on Aamir’s recommendation, reportedly made a 3 am call to producer Siddharth Roy Kapur sharing his reluctance to get back to work anytime soon. Shah Rukh had taken some months off after the release of Zero (2018) and did not feel like returning to the set just yet. Also, he claimed to be genuinely concerned that the audience may not want to see him ‘going into space’ again so soon after Zero.

Saare Jahan Se Achcha is the biopic of Rakesh Sharma, the first Indian to go to space in 1984. It was considered a hot-ticket project when Mathai first developed it, but appears to have become jinxed after Aamir and Shah Rukh left the film. Even negotiations with Vicky Kaushal did not fructify, grounding the project indefinitely. Insiders say Mathai is “upset, but he’s being mature about it”.

Some have pointed out that Aamir has already begun shooting Lal Singh Chaddha, “which was nowhere on the horizon when he walked out of Saare Jahan citing Mahabharata as his only preoccupation”. That project, meanwhile, a five-part film series based on the epic, is only in scripting stages. Shah Rukh, on the other hand, may not have been making excuses. He still hasn’t announced a film after Zero.

Aamir’s co-star in Lal Singh Chaddha will be Kareena Kapoor, who told me the film has the potential to be Aamir’s “biggest blockbuster yet”. She described this Forrest Gump remake as “an emotional roller coaster, rooted in a love story” and faithful to the original film down to the last detail.

A pretty young actress is flying solo again, the grapevine insists. And, according to well-placed sources in Bollywood, that makes her vulnerable to the charms of a prominent male star with whom she was previously involved apparently.

Turns out the actor decided to cast her in his new film the moment he learned about her single status. But his wife put her foot down vehemently, insisting that he keep a safe distance from the younger actress.

Last heard the star has obeyed his wife’s diktat. Why wouldn’t he? After all, she’s supposedly bailing him out of a significant business debt.