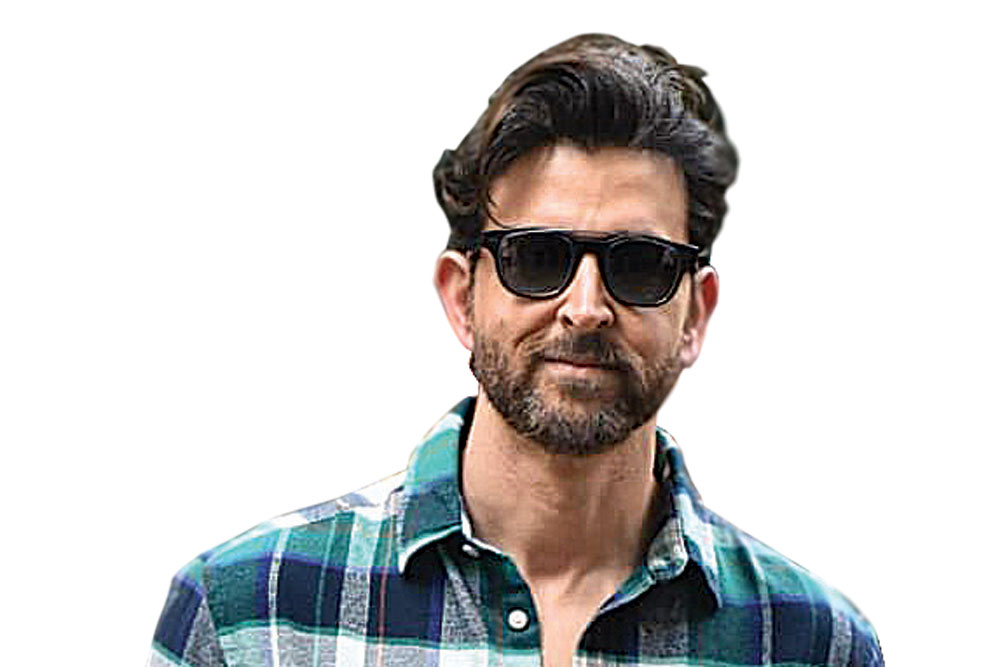 
Hrithik Roshan, who spent the past week in Dubai, has been especially active on social media lately. First, news broke that he’s been signed by a Hollywood artist management agency to represent him in the West. Next, he was spotted taking a stroll on his hotel lawns wearing a lungi paired with a T-shirt. The actor joked on Instagram that his fashion inspiration was courtesy ‘I guess @RanveerOfficial’, tagging the famously fashion-forward Ranveer Singh.

The same day, which also happened to be the birthday of his War co-star Tiger Shroff, Hrithik also took to Instagram to wish Tiger and tell him that “working with you and knowing you has been extraordinary”. The actors shared a winning chemistry in their blockbuster film, which went on to make more than Rs 300 crore and was declared the biggest Bollywood hit of 2019.

There is no clarity yet on whether Hrithik will end up making the next Krrish installment as previously announced. He has said he is in search of another slick action film after War. He is no longer doing Farah Khan’s remake of Satte Pe Satta after reportedly keeping the makers in limbo for seven months. There is some talk that Yash Raj Films will announce a new project with him in April when they reveal their big slate with A-listers as part of their 50th year celebrations.

With Sooryavanshi Rohit Shetty has come closest to creating a Marvel-like interlocking cinematic universe featuring popular cop characters that previously appeared in their own standalone films: namely, Singham and Simmba. With Akshay Kumar’s Inspector Sooryavanshi (who first appeared very briefly in Simmba) now thrown into the mix, Shetty may have a desi Avengers in hand.

Shetty, however, is aware of that thing called ‘superhero fatigue’. So after Sooryavanshi, which will focus on Akshay’s character while bringing back Ajay Devgn’s Bajirao Singham and Ranveer Singh’s Sangram Bhalerao in its third act, Shetty will give the cop franchise a break. He is expected to go into Golmaal 5 next, which will begin filming right after Sooryavanshi’s release. After that it could be the third Singham film, unless he finds something else that excites him outside this universe. The idea, he has told his team, is to not “overwork” the franchise in the fear of tiring out the fans.

He has also been thinking about adding more characters to the universe—after all, why stop at three?—but “not immediately”. The third Singham film could have room to introduce a fourth character, but these are conversations that have just been floated with the writers; no concrete plans have been made yet.

The fast-spreading coronavirus has led to the cancellation of major events globally. Now there is news that a few Bollywood films might be affected too. The biggest of these is a multi-starrer film that was set to go on the floor later this month with a long shoot planned across parts of Italy. According to the grapevine, that outdoor schedule has been put off for now. The filmmakers are reportedly working round the clock to see if they can start the film on schedule. The plan is to begin with ‘interior’ scenes that they can shoot in studios in Mumbai and Hyderabad and hold off the ‘outdoor’ sequences meant to be shot in Europe for later in the year.

Another film, the remake of a popular 1990s comedy, has also hit a snag. One last song of this otherwise virtually complete project was scheduled to be shot in the Far East. But now the makers have decided to go to Ooty or to Ramoji Rao Studios in Hyderabad.

A new film from a big production company starring an A-list leading lady and a breakout actor from one of last year’s best films may also be delayed. The first schedule was supposed to be shot overseas; the filmmakers are currently brainstorming whether they should put off the shoot until it is safe to travel or rewrite the script to relocate it locally.