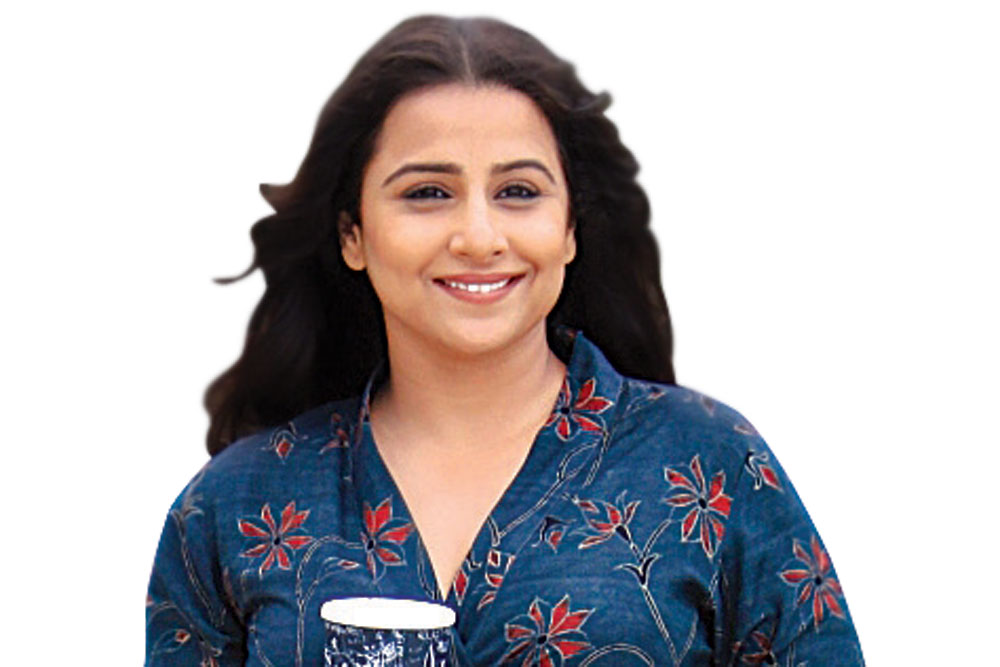 
Vidya Balan’s dream to play Indira Gandhi on screen may take slightly longer to fructify. The Lunchbox director Ritesh Batra, who was set to helm a multi-part series on the former Prime Minister, has been put on the backburner. Vidya will, however, be seen playing another celebrated woman in the Shankuntala Devi biopic that is set to open in May. The actress has said she studied dozens of videos of the famed mathematician to capture her spirit, but deliberately avoided mimicking her voice, her expressions or her body language. “The idea was to go through all the available material so as to understand her inside out. But then you throw it away when you get to set because you don’t want it to ever be an imitation,” she told me.

For her next project Vidya has reportedly zeroed in on a script that Newton director Amit Masurkar came to her with, which is set in a forest. Masurkar, who directed her in a series of Prestige cookingware commercials, has roped in Vikram Malhotra’s Abundantia Entertainment to bankroll the film.

If Shah Rukh Khan seems to be taking forever to announce his new film, you may blame Rajkumar Hirani, reportedly still working on the script that is expected to be the superstar’s next project. Though SRK has reportedly said yes both to Bigil director Atlee and Go Goa Gone duo Raj Nidimoru-Krishna DK for their next films, sources confirm he has made it clear the Hirani film will be the first thing he dives into.

There is no clarity yet on what the Sanju director is scripting for SRK. Some say it’s a biopic. Others insist it’s a lighthearted ‘social message’ movie that’s firmly in the filmmaker’s wheelhouse. Hirani and his regular writing partner Abhijat Joshi were in the US not long ago banging away at the script, but it’s still a work in progress.

A top streamer’s big bet on a supposedly sureshot show appears to be in trouble. According to the industry grapevine, a streaming giant put down a sizeable chunk of cash while greenlighting a multi-part show envisioned as a spinoff to one of the country’s biggest box-office blockbusters. The show would explore the backstory of one of the film’s central female characters, revealing how she grew into the woman we meet in the film. Given the massive popularity of the film and the interest around the character, there was no reason to believe the show wouldn’t work.

But turns out the delivered show has come in falling very short of internal expectations. According to well-placed sources, the big bosses at the streaming service were underwhelmed by what the producers handed over. Both content and aesthetic were not impressive, prompting them to ask for an overhaul. Problem is the show was filmed on massive, elaborate sets that have since
been dismantled. Also the actress hired to play the younger version of the beloved character from the film has become especially busy in Hindi films since.

Still, one hears that the producers have put up smaller sets and intend to rely heavily on computer graphics and visual effects to expand on them. They’ve also appealed to the actress to give them dates for reshoots. The show is reportedly being rushed into completion, so the streamer can slot it for release at the earliest. It’s already been a few years since the release of the film that inspired it, and the streamer’s plans to cash in on the hype around the film may be quashed.

Sources within the show’s production team are convinced, however, that the final product will be impressive. They blame the delay and reshoots on the fact that there were too many creative opinions in the mix and that the singular vision that powered the film was missing, given that the filmmaker was not involved with the show. But they’re confident the interest in the film and its characters should not be underestimated. Plus they’re saying the actress in the central role has done a solid job. We’ll just have to wait and see.