Dixit Can Fix It 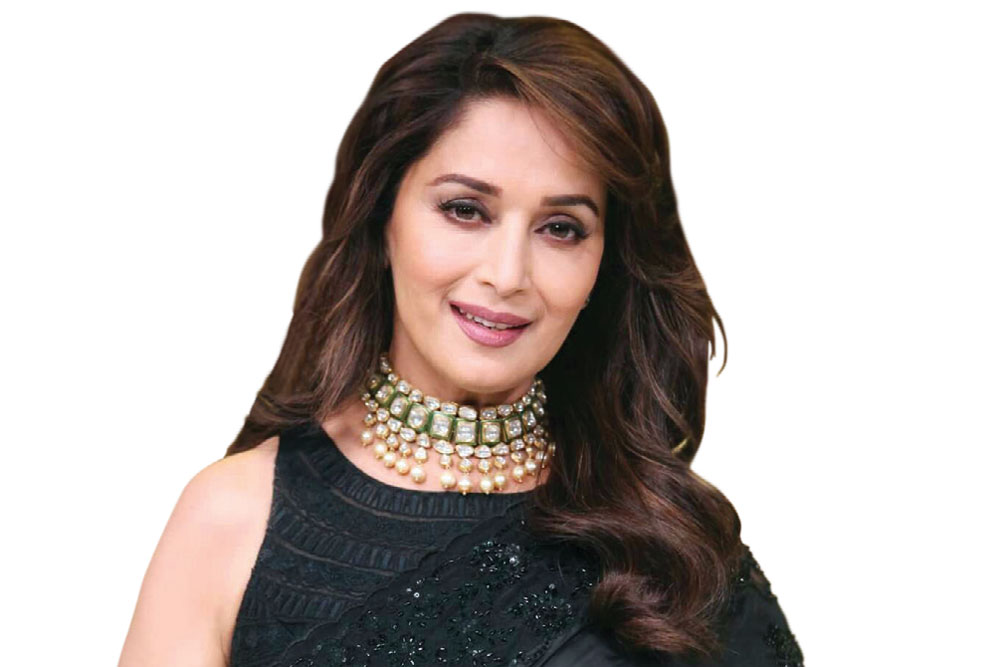 
When Madhuri Dixit turned down the role of the rich industrialist’s la-di-dah wife in Dil Dhadakne Do opposite Anil Kapoor, it was said she wasn’t especially enthused about playing mother to grownup stars Ranveer Singh and Priyanka Chopra. Fans had lamented at the time that the powerhouse actress had turned down a solid role. The role went on to become a breakout for Shefali Shah.

But anyone who’s watched a recent advertisement in which Madhuri does a self-parodying ’90s audition will agree that the actress has a sense of humour. And that she isn’t shy of making a little fun of herself. Turns out she’s taking that further in a new show she’s currently shooting. Madhuri will play an exaggerated version of herself, a now-domesticated former diva climbing back on the acting horse after a long break from the spotlight. The show is being filmed in Nashik and will likely stream on Netflix when it’s ready. Little is known about it at this point other than the fact that it’s a comedy in which the actress will likely roast the bizarre ways of movie stars. Bring it on!

Salman Khan appears to have had enough on the subject of nepotism. The actor reportedly tore into Bigg Boss contestant and singer Rahul Vaidya earlier this week after it was revealed that the Indian Idol alumnus voted to eliminate Jaan Kumar from the reality show on the grounds that Rahul hates nepotism. Rahul further added that he believed Jaan had been invited to the show only because the latter is the son of famous music artist Kumar Sanu.

Rahul’s comments did not go down well with the other housemates who pointed out that it was unfair to make this an issue on a reality show. But it was Salman who made it a point to let his displeasure be known. After pulling up the singer for his remarks against Jaan and warning him not to use the show as a platform to voice his opinion on nepotism, the Dabangg star asked him if indeed he had a problem with every parent who helps his or her child. Then Salman asked Jaan if his father had recommended him for work, to which the young man replied that he had an estranged relationship with Kumar Sanu since childhood and there was no question of landing any favours on account of his father’s name.

Nearly two-and-a-half years after it premiered in the Critics’ Week sidebar of the Cannes Film Festival, writer-director Rohena Gera’s heartfelt and understated drama Sir will release on Indian shores next week. The makers have said that the film, starring Tillotama Shome and Vivek Gomber, will open in operating cinemas across the country on November 13th, and sources say they have submitted it for consideration as India’s official entry to the Oscars.

A thoughtful meditation on love and class, the film tells the story of a young woman, played by Tillotama, hired as a domestic help in the home of a young man whose marriage has just been called off. Vivek is excellent as her empathetic, hurting employer who admires her courage and drive despite her own situation and finds himself drawn to her. Admirably, Rohena’s lens is never exploitative or voyeuristic, thus giving us a deeply moving story about two people from entirely different worlds struggling to make sense of their feelings for each other.

The film is anchored by a stunning, quietly devastating performance by Tillotama who conveys the character’s vulnerability and her dignity with amazing grace. Rohena’s deep understanding of people and the spaces they inhabit, of society and the chains it often binds us in is revealed in her mature resolution to the dilemma of its leads. This is one of those films that creeps up on you and stays with you. It has, with me, since May 2018 when I first saw it.