The pandemic meant that Ranbir’s marriage to his girlfriend Alia Bhatt, which was planned to take place in December, was postponed 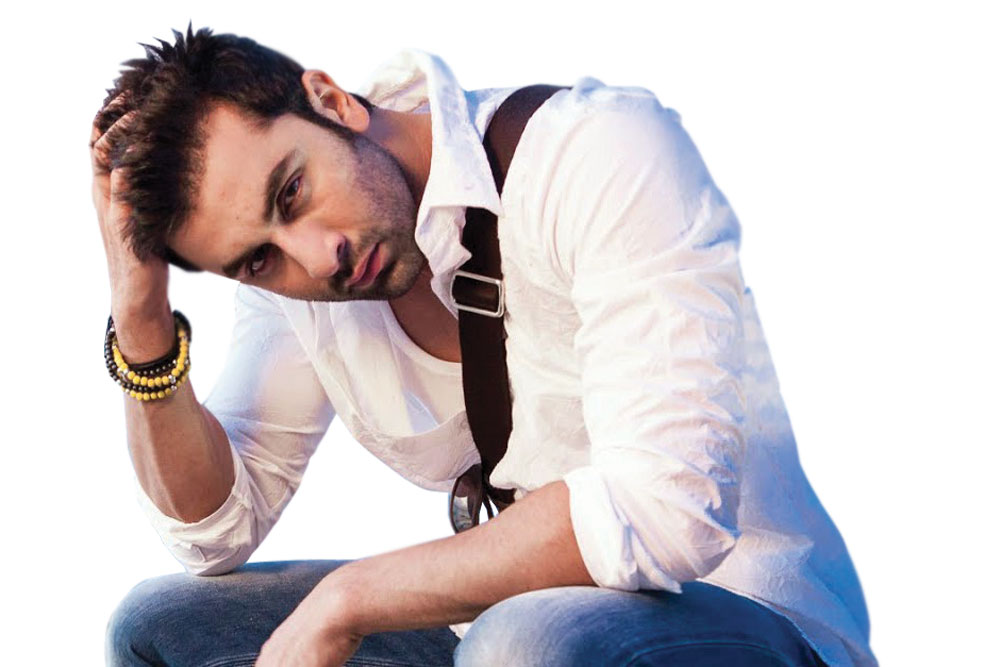 
2020 wasn’t a particularly good year for most people, but it was especially hard on Ranbir Kapoor and his family. In April, the 38-year-old actor lost his father Rishi Kapoor after a prolonged battle with cancer. It’s a loss he is still processing, he tells me. “It hasn’t fully seeped in yet.” Ranbir remembers his father as a “very passionate man, a family man”. His head is filled with memories of the time they spent together over the last two years, much of it in New York where his father was undergoing treatment. “Walking with him from the hotel to the hospital to get his chemotherapy, just walking in silence. Or simply being around him. Everything has gone so fast,” he says. “I don’t know if I’ve found the words yet to explain the impact he’s had on me both personally and professionally, but I do know it’s the largest impact any human being has had in my life so far.”

The pandemic meant that Ranbir’s marriage to his girlfriend Alia Bhatt, which was planned to take place in December, was postponed. Remind him that years ago he had said that he would like to be married and have at least one child before he turned 34, and Ranbir jokes that he missed the deadline. “But I would’ve got closer to that goal if the pandemic hadn’t hit our lives,” he says. Ask if it might happen soon and he weighs his words carefully: “I don’t want to jinx it by saying anything, but I do want to tick-mark that goal very soon in my life.”

Just two weeks ago, his mother Neetu Singh tested positive for Covid-19 while shooting in Chandigarh for Jug Jugg Jeeyo with Anil Kapoor, Varun Dhawan and Kiara Advani. Ranbir reportedly made arrangements for her to fly back home immediately and quarantine under the supervision of trusted medical professionals. “She’s recovered and back on set now,” he says.

Unlike many others who took online classes to learn new skills during the lockdown, Ranbir says he spent the early months of the pandemic dealing with “the health crisis”. Later, he did revisit some of his favourite ’80s and ’90s films such as Braveheart and Rain Man, and he caught up on “some terrific Indian shows like Paatal Lok and Scam 1992”. But not much by way of personal growth, he admits. “My girlfriend Alia is an overachiever. She took everything from guitar classes to screenwriting classes. Compared to her, I constantly feel like I haven’t achieved anything.” He did take a 10-day course learning golf in Dubai a few weeks ago, “but that’s about all”.

More than anything else, he says he missed being on the set. “I hope I haven’t forgotten how to act,” he jokes, then adds, “but they do say it’s a lot like riding a bicycle. Once you learn it, it doesn’t go away.” With Brahmastra and Shamshera, both completed—finally!—he’s looking forward to begin shooting Luv Ranjan’s next with Shraddha Kapoor in Ghaziabad from early January, and then Kabir Singh director Sandeep Vanga Reddy’s next from mid-2021. “I’m in the mood to do light films that can be completed quickly. I don’t want to do these big films that take so long to make—not right now anyway.”

Having won accolades and a National Award for her tour de force performance as the legendary actress Savitri in Mahanati in 2018, Keerthy Suresh, the 28-year-old star who divides her time among Tamil, Telugu and Malayalam films, being chased by Bollywood was only a matter of time.

Boney Kapoor succeeded in signing up the actress to appear opposite Ajay Devgn in Maidaan, the period sport film he’s producing with Badhaai Ho director Amit Sharma at the helm.

However, a few months after the announcement came the news that the actress was not doing the film anymore. The parting was amicable, inside sources say. And while Keerthy and Boney have both put it down to “date issues”, it appears that the actress was advised against making her Bollywood debut in a film where she wasn’t the central character—especially given that she was coming off a film such as Mahanati. Plus her advisors suggested it would be unwise to debut in a new industry playing the mother of a young child when she was only in her twenties.

But now it seems like Keerthy may have found her ‘comfort project’. There is a strong buzz that she will play Sita in Tanhaji director Om Raut’s Ramayana-based Adipurush. Baahubali star Prabhas is set to play Ram and Saif Ali Khan will play Ravan. The film has been pitched as “a pan-India film” and will be released in five Indian languages: Hindi, Tamil, Telugu, Malayalam and Kannada. The project is expected to go on the floor in March and will be readied for a 2022 release.

My sources reveal that negotiations with Keerthy are still on. Her dates will need to be adjusted, and her compensation is also being worked out by the film’s producer Bhushan Kumar whose T-Series banner will bankroll the ambitious project. The film was in the eye of a storm recently when Saif gave an interview in which he said the makers will ‘humanise’ the character of Ravan and justify his kidnapping of Sita. The actor apologised for making these statements and withdrew them after he was trolled and found himself in legal trouble.

Bollywood is fast recognising the benefits of co-opting social media influencers and popular YouTubers into their projects. Previously marketing teams relied on influencers and creators to come up with clever concept-based promotions before a film’s release. But in 2020, the film industry has discovered that some of the top YouTubers have bigger fan following than many Bollywood stars.

But it’s Ajay Devgn who may have pulled off what is possibly the biggest coup in signing Gen-X gamer and YouTuber Ajey Nagar, better known as Carry Minati, for a role in his next directorial project starring Amitabh Bachchan and himself. A 21-year-old from Faridabad, Ajey’s angry-rant videos have stirred as much controversy as they have added to his legend. He boasts over 2.7 crore subscribers on his YouTube channel and has expanded his profile to add rapping to his talents. Devgn is likely aware that Minati’s presence in the film will help woo a younger audience, while Minati, it turns out, is feeling ‘starstruck’ about appearing on screen with his childhood idols. 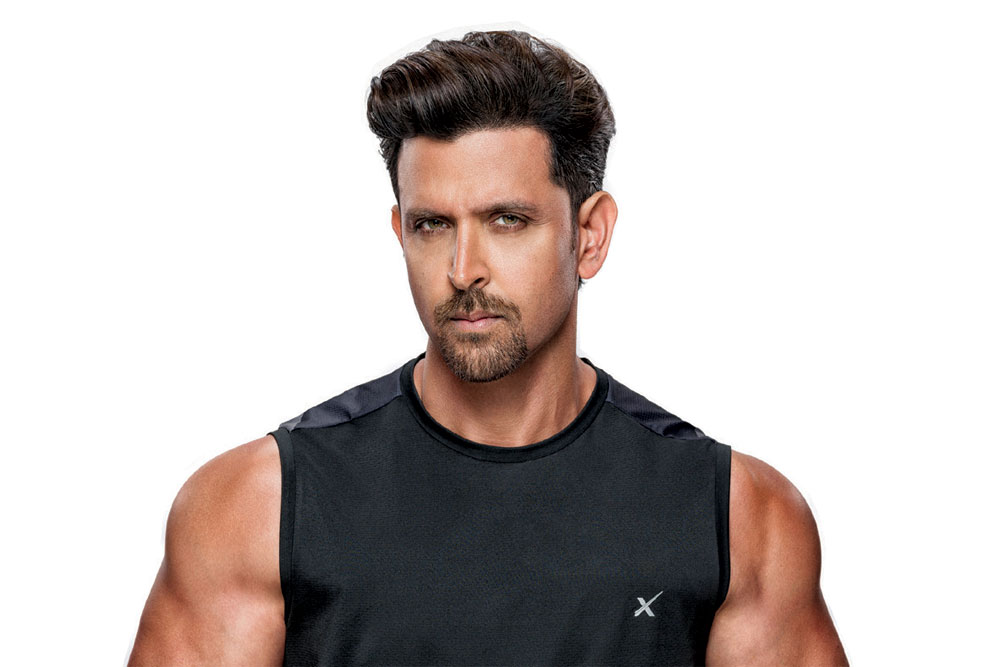 Hrithik Roshan is making the most of his break from the set. The actor was spotted at a multiplex earlier this week where a special screening of Wonder Woman 1984 had been especially arranged for him and his guests. Hrithik posted a photograph on social media of himself, his two sons and his ex-wife Suzanne sitting in the same row but each separated by a seat. He captioned the photograph: ‘Home is where the heart is. My wonderland. Cinemas are back, and so am I.’

The previous day he put out a post saluting Dimple Kapadia for her performance in Christopher Nolan’s Tenet, which he said he’d just watched. Sharing a picture of Dimple with the film’s leading man John David Washington, Hrithik wrote: ‘Hers is unmistakably one of the best performances by an Indian actor in an international film. Just brilliant! The charm, the power, the poise, the seductive eyes, Dimple aunty you are something else! Go see Tenet for HER.’

Ironically, Dimple wasn’t especially keen on auditioning for the part when talent manager Purvi Lavingia Vats came to her with it. The actress was hesitant about doing the film at all. After Vats sent the filmmaker a showreel of scenes from Dimple’s earlier films, Nolan was especially keen that Dimple go on tape. It was after Vats convinced her to meet Nolan and the film’s casting director during a recce in Mumbai that Dimple agreed to go on tape. The rest, as they say, is history.