One Hundred Days of Trump

A hero we don’t deserve? 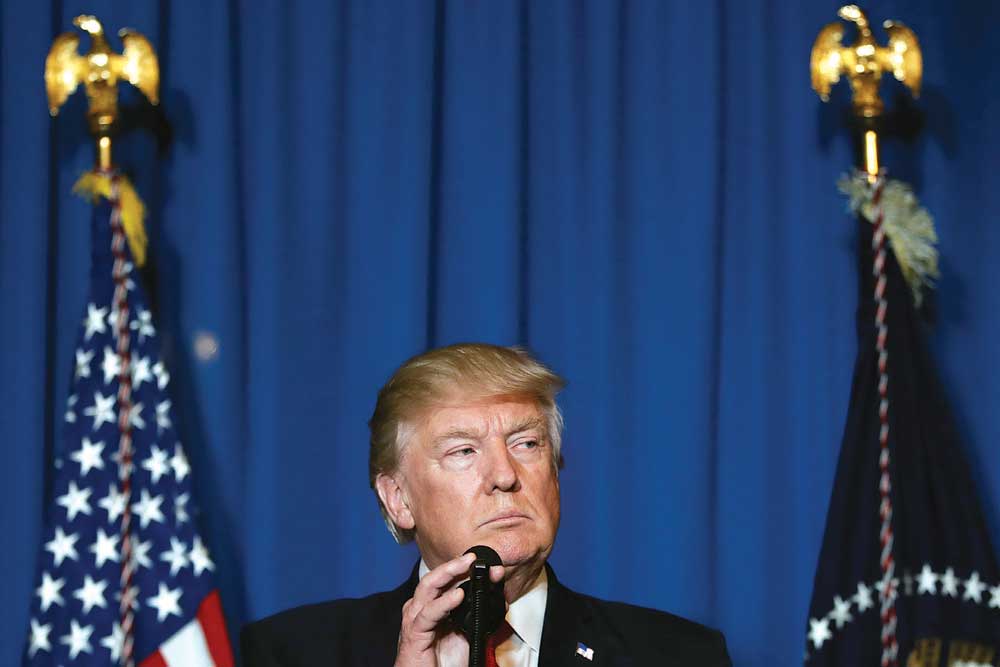 I have called upon Grand Wizard Trump using a vast number of insults. I have, for all purposes, designated him the embodiment of everything that is wrong with humanity. Now I want to dedicate this post to bequeathing upon Trump the credit he deserves: the beneficial ripple effect created by the policies he has implemented (which too I’m sure wasn’t anticipated).

The invasion of sovereign nations, such as Ukraine, has been a focal point in international relations and a divisive point in global diplomacy. For any nation, even the tiny possibility that its right to autonomy will be challenged is a crisis that takes precedence over all other matters. As was expected, the minute Trump took his oath of office, the editorials of prominent newspapers were debating the future of democracy as we know it. (Don’t worry Mr Trump, I’m not talking about the ones that have fake news.)

I can try, but I’m quite sure that I will not be able to do justice to North Korea or Syria the way reporters in the White House Correspondents’ Association may be able to. But I will tell you what we have learnt in the last hundred days: ‘Nuclear Football is going to be accessed a whole lot more often.’ Only the most oblivious would question the willingness of the US government to systematically destroy any state that contemplates launching an attack on the ‘Fatherland’. I know this profundity seems quite pointless because the above statement holds true for quite a few administrations in the past, but do indulge me for a bit longer.

While it may be true that no nation would consider an invasion of American soil, the same cannot be said for smaller allies of the superpower. As the Obama administration discovered when Russia annexed the Crimean peninsula, the United States does have an increasing problem when it comes to preventing rival states from invading smaller states in their region. The last thing the world need is a rehash of the Cold War. Over the last decade, the Americans have tackled a large number of crises ranging from Iraq to Afghanistan to Libya, but not one of these posed a direct threat to American sovereignty. Over the next decade, however, the threats posed by Moscow and Pyongyang seem a great deal closer to posing an existential crisis for the United States of America.

During the course of the Cold War, both superpowers made use of Deterrence Theory, which ‘is a strategy intended to dissuade an adversary from taking an action not yet taken.’ Even though I remain a passionate advocate of deactivating all nuclear warheads, I must come to the paradoxical conclusion that the threat of nuclear war is probably the only thing preventing tensions from reaching a point beyond which the Earth will be inhabited solely by cockroaches. So, yes I have to give this round to Trump. While many people do consider him the reason for the rising tensions, he may also well be the reason for their never reaching a tipping point.

As I wrote above, I was questioning myself whether President Trump is the Hero we need but don’t deserve (antithetical to Batman). But then I remembered he is a self-righteous narcissist.