In India, faith may not be in power but the faithful is empowered by the State that is not committed to freedom 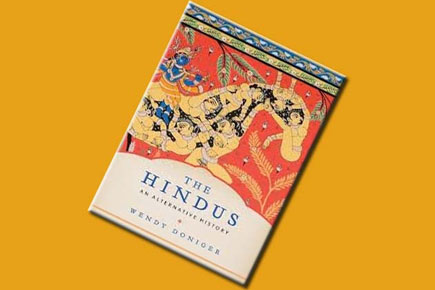 In India, faith may not be in power but the faithful is empowered by the State that is not committed to freedom

God’s custodians are a dangerous legion. They live in permanent fear of the usurper who lurks beyond the magnetic field of belief. They wait in the shadows for the intruder, the blasphemer who puts books against the Book. They are the last vigilantes of the sacred, and they badly need aggrieved gods and endangered scriptures to justify their own existence, to guard their moribund kingdoms, to save their revolutions, to postpone their own mortality. They cannot afford to sleep, for enemies of the Only Truth are masters of masquerade. So beware the storyteller who imagines an alternative reality that challenges, lampoons, and questions the certainties of the divine. Beware the historian who ventures into the archival sites of holy lands, for history is a beguiling deception. Beware the scientist who is beholden to subatomic magic that goes against the original spark of the creator. Beware the cartoonist, the Devil’s Artist, who makes the gullible laugh, for laughter is subversion. God’s custodians are a tireless legion.

So the war on Wendy Doniger, author of the pulped The Hindus: An Alternative History, was inevitable. It happened in a place where gods continue to manage polling booths. Where blasphemy is the slogan of the desperate politician who harvests the anger of religious ghettos. Where superannuated leaders shop in the black markets of mythology to buy life- enhancing wares. Where banning the book is the bad habit of a state that abhors arguments. Where ‘religious sentiment’ is as elastic and convenient as ‘liberal sentiment’. Where certain religions need to be more protected than others, and where certain blasphemies are insensitive and intentional than others. India, after all, was quicker than Ayatollah Khomeini to banish Salman Rushdie, and that too, to appease a Muslim politician who didn’t even have to read the damn book to realise its worthlessness, its incendiary worthlessness. It was on a Valentine’s Day more than two decades ago that Rushdie, with a price tag attached to his head, lost his freedom. He was a necessary blasphemer for a dying revolution; and we were made to believe that the original religion of submission was so fragile that it was in danger of collapsing under the weight of 457 pages of godlessness. So the Book-keepers of religion ordered the assassination of imagination. And India joined the book burners club.

Things have changed since then. Rushdie has regained his freedom. In India, freedom is still a disputed item; it is negotiable; and its arbiters are mullahs, mahants, and politicians. The so-called Hindu group enraged by Doniger’s alternative history of Hindus—and easily appeased by her publishers—only shows how effortless it is in India to gag the ‘offensive’. The Hindu adjective to the God-defenders makes it all the more strange. There is no Book here to defend; there is no church here to set moral parameters; and there is no Supreme Custodian of the Highest Truth to claim complete copyright over the mind of the faithful. As Doniger herself, a renowned Sanskrit scholar and philologist at University of Chicago, writes in the beginning of her book, ‘There is no single founder or institution to enforce any single construction of the tradition, to rule on what is or is not a Hindu idea or to draw the line when someone finally goes too far and transgresses the unspoken boundaries of reinterpretation.’ What we have is the self-styled defender —a fringe sadhu or a bad reader, an aggrieved believer still swayed by the Vedic glory or the desperate Hindu nationalist. These codifiers of a least codified tradition thrive because India has institutionalised intolerance.

It has also institutionalised the culture of misreading, the oldest trick in the repertoire of zealots. They have certainly misread Doniger, whose scholarship is matched by her storytelling flourish. She provokes because she has an argument that shatters many dead certainties of faith. The subtitle of her book itself is a provocation: An Alternative History. It assumes that there is an official history—a canonical, unalterable history. There is none. But there are traditions, there are stories and a whirling multiplicity travelling back in centuries. Doniger writes, ‘Part of my agenda in writing an alternative history is to show how much the groups that conventional wisdom says were oppressed and silenced and played no part in the development of the tradition— women, Pariahs (oppressed castes, sometimes called Untouchables)—did actually contribute to Hinduism.’ What she wants is to break the Brahminical supremacy in storytelling; she wants to redeem the story of the Hindu from its inherent elitism. She wants to bring those who lie orphaned outside the narrative, the outcasts, to the mainstream. The protagonist of Doniger’s Hindu lore is not the wise Brahmin male. There is no protagonist, but there are lots interesting women and, yes, animals. She has a particular fascination for the ‘glorious’ horse.

For Doniger, Hinduism is not a linear, exclusivist religion but a tradition enriched by a polyphony of ideas distant and near. It is this inherent Hindu pluralism that makes her a severe critic of those who are desperate to put this religion without a code of conduct in a straitjacket. ‘The boast that Hinduism is tolerant and inclusive has become not only a part of Hindu law but a truism repeated by many Hindus today, yet this does not mean that it is false; it is a true truism, however contradicted it may be by recurrent epidemics of intolerance and exclusion,’ she writes. She is bothered by such epidemics, and she is not at all defensive about her aversion to Hindu fundamentalists: ‘Hindus nowadays are diverse in their attitude to their own diversity, which inspires pride in some, anxiety in others… It provokes anxiety in those Hindus who are sometimes called Hindu nationalists, or the Hindu right… or, more approximately, Hindu fundamentalists; they are against Muslims, Christians, and the Wrong Sort of Hindus.’ Her book, in her own words, is also ‘the alternative to the narrative of Hindu history that they tell’.

The truth is that, if India had listened to the history they tell, this country would have been a different place. They have been telling stories of vandalised civilisation and misplaced gods for a while. The stories must have worked for some time in an India where the Left-Liberal mind was conditioned by State-imposed secularism. Isms are born out of good ideas undone by the pathologies of power. In retrospect, the Nehruvian New Man—of secular reflexes and scientific temperament—was as artificial a project as the original Communist New Man, and both were bound to be waylaid by the force of history. The word ‘Hinduism’ itself is the Western description of a way of life in the East; this ism does not have an official hierarchy. And most rewardingly, Hinduism is not in power, as Islam is in certain parts of the world. In the last century, it was the ideology in power that exiled—or banished—the writer whose imagination was incompatible with the lies of the State. So we got a Mandelstam. We got a Solzhenitsyn, and many more. Questions were blasphemies then. In the post-Wall world, the worst instincts of ideology were incorporated into the profanities of faith. Rushdie apart, there were other stories of paranoia and persecution from elsewhere in the Islamic world. The principle was the same. It is still the same: every revolution needs an enemy. If there is none, one will be manufactured by the hallucination of the revolutionary.

In India, faith may not be in power but the faithful is empowered by the State that is not committed to freedom. This state is sustained by those who have abandoned arguments and categorised freedom. In such a state, a Wendy Doniger is a saboteur who shatters the idyll. The wonderful thing about any religion is the story it tells. Stories are freedom, not bondage. Those who have taken control over those stories, in the name of god, make the world less happy—and a bit more dark. Beauty shall save the world, said Dostoevsky, and by beauty, he meant imagination. The tormentors of Wendy Doniger tell us how we are all collaborators in this project of unfreedom.