What’s Funny About It?

Going by Google’s idea of what constitutes humour, global dominance will elude it for a while yet. 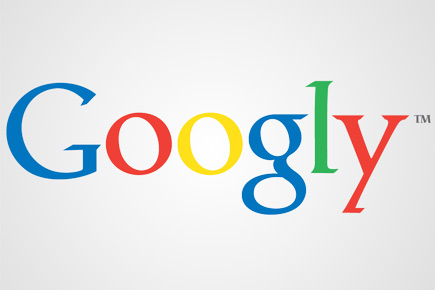 Going by Google’s idea of what constitutes humour, global dominance will elude it for a while yet.


As everyone knows, Google is either taking over or has taken over the world, that Obama is but an android created by Sergei Brin and Larry Page, that everything we know and will know from now on will be carefully filtered by Google and administered to us. They also want to have every book ever printed up on their site. So, last week, out of idle curiosity, I clicked on the Google Books section. The books seemed neatly arranged into categories, so I clicked on ‘Humor’. And I got The Comedians by Graham Greene.

This was perturbing. I had read the novel, set against the background of Papa Doc Duvalier’s brutal regime in Haiti, and humour it was certainly not. Trust me, if you get a belly laugh out of it, you are reading the wrong book or need to see a psychiatrist by day after tomorrow. Next to The Comedians was Salome, a play by Oscar Wilde, which Wikipedia describes as ‘a tragedy…The play tells in one act the Biblical story of Salome, stepdaughter of the tetrarch Herod Antipas, who, to her stepfather’s dismay but to the delight of her mother Herodias, requests the head of Jokanaan (John the Baptist) on a silver platter as a reward for dancing the Dance of the Seven Veils’. Well, not much cheer there, either.

Of course, the ‘Humor’ section abounds with lots of Calvin and Hobbes collections. For some reason, many of Jack Canfield’s Chicken Soup for the Soul books are also to be found here, which may of course be their proper place; I wouldn’t know, not having read any of them. Then, without warning, we are hit on the head by Portraits of ‘The Whiteman’: Linguistic Play and Cultural Symbols Among the Western Apache. I quote from the foreword: ‘It is fundamental to sociolinguistics to identify and understand differences between what Goffman has called “the nature of deference and demeanour” (1960). It ought to be fundamental to all understanding of language to include enactment, including intonation, tone of voice, accompanying gesture, all the communicative modalities  that began to be analysed as “paralinguistics” and “kinesics” a generation ago.’ That doesn’t sound like a joke to me. In fact, it sounds vaguely threatening.

This is followed by Ten Things I Wish I’d Known—Before I went Out into the Real World, by Maria Shriver, wife of Arnold Schwarzenneger. This is a self-help book that begins: ‘Be honest with yourself about it. Really think about what you’re interested in. What you enjoy, what captures your imagination, and gets your brain going.’ So Canfield has company.

Reading Comics: How Graphic Novels Work and What They Mean by Douglas Wolk is a deadly serious tome that spends paragraphs studying how legendary illustrator Steve Ditko drew the hands of his characters. And Maxims: Chine Code of Success has such life-saving gems as ‘Matchmakers and sorceresses are agents of vice. Pretty wives and a charming wife need not be a blessing’ and ‘Do not judge by physical appearance when hiring servants. It is well with you even if your wife and maids look plain without make-up’.

This is deeply worrying. Anyone who thinks Handy Manual on Pontifical Ceremonies by P Francis Mershman, God bless his soul, is humour, is not up to the task in Iraq, Afghanistan or Wall Street, not to mention those super-intelligent Chinese who don’t mind if their servants don’t wear make-up. These guys need help. Now is the time to apply to Google for jobs en masse and show them the right way to control the planet.