On going places and moving on 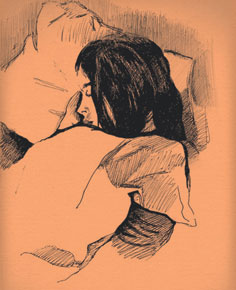 On going places and moving on


For the past few weeks, I’ve been in a city I can’t believe I’ve waited so long to visit. I’ve had more than half a dozen boyfriends from here. It belongs to the country some of my favourite writers call home. There was a time everyone believed it would eventually become home. And now, I’m finally here.

It started as a dream vacation. As soon as I landed, I was whisked away to the fanciest hotel in the poshest area of the city, courtesy two very generous friends. There were ridiculously decorated welcome drinks, warm towels for my flushed-from-the-cold cheeks, and leggy blondes (who I mistrusted instantly because they looked too happy to be working at such an ungodly hour of the morning) bidding me Namaste. My room had enough chocolates to feed a small African country and the bar was stocked with the most delightfully unpronounceable wines and champagnes.

I had a hair stylist, masseuse and trainer on-call for 18 of the 24 hours of the day. A girl could get used to living like that.

Three days later, I checked out of the hotel, bored out of my skull, dying to explore the city the way my ruffian friends described it. When news of my departure reached home, exactly 3.9 seconds after I checked out, frantic phone calls ensued. My father is convinced his spawn has been added to the growing number of illegal immigrants here. Aunty M’s eyebrows, forever surprised thanks to incessant botox, were spotted hovering in the sky when I declined her benevolent offer to use her luxury apartment and phallic limo for the remainder of my stay here.

There were several other firsts that night. For starters, my first night at the hostel was proof that the man I used to refer to as The Dude in this column was well and truly out of my system. My body physically rejects his memory now. There was a time when I was so used to his snoring, it had become part of my sleep routine, like the soothing tick-tock of a grandfather clock that’s been in the family forever. As I lay in bed that first night, mutinously conjuring mental images of the Chinese torture techniques I wanted to employ on the friend sleeping on the bed above mine, blissfully unaware that his snores were scaring the kids down the hallway, I realised that snores no longer had a soporific effect on me. I was free from the phantom limb of that amputated relationship.

Since misery loves company, I was selfishly glad to learn that my friend’s nasal thunder was doing its bit to bring nations closer. Two of the guys, a German and a Chinese, who had obviously been staying at the hostel for a while, produced a bottle of wine and headed into the hallway to enjoy it in (relative) peace. In the bed diagonally opposite mine, a middle-aged man of indeterminate nationality put on his earphones and engrossed himself in solving his Rubik’s Cube. But I have to give it to the French for the most innovative use of unexpected free time and the creation of opportunity where none was to be found. A few minutes after the makeshift German-Chinese bar had been set up near the stairs and the Rubik’s Cube lover had turned his back on us, the gangly French boy with too little facial and chest hair clambered down from his own bed and slipped into his girlfriend’s, barely a foot away from mine. What followed next created shadows that reminded me of Begum Jaan and the elephant quaking in her quilt. (Lihaaf, Ismat Chughtai)

I messaged the boy back home, hoping he’d be up early. He was. Some wild phone sex ensued. Later, I was disturbed by how much I already missed him. In the two weeks since my first night in this crazy new city, I’ve made friends from countries I can’t find on the map, met a regular reader of this column, watched money being stolen from my bag and not said a word to the friend who did it and thought about cheating on the boy. All that and more in the upcoming issues.