The Usual Suspects and Then Some

The Indian Penal Code’s provisions on sedition apply to Arundhati Roy no more than they do to those who perpetuate bad governance. 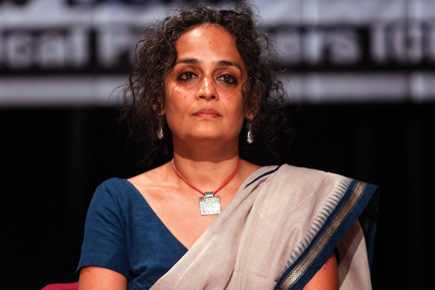 The IPC provisions on sedition apply to Arundhati Roy no more than they do to those who perpetuate bad governance.


The IPC provisions on sedition apply to Arundhati Roy no more than they do to those who perpetuate bad governance.

In the last week of November, a magistrate in New Delhi directed the capital’s police to register a first information report (FIR) against writer-activist Arundhati Roy. This, the magistrate felt, was necessary on account of Roy making—allegedly, to use a legal fig leaf—anti-India speeches at a Delhi gathering to discuss the state of Kashmir this October. Here, she, Hurriyat hardliner Syed Ali Shah Geelani, others from Kashmir, and Maoist ideologues too had been present, and stridently so. Delhi Police hadn’t moved a muscle, and so the magistrate, moving on a complaint filed by a citizen, asked the police to use “relevant provisions of the Indian Penal Code” to accuse Roy and five others of an allegedly anti-Indian act: of advocating ‘aazadi’ for Kashmir.

There may be a worthwhile lesson in this curious episode. For long, Geelani and his gang have loudly, cynically, even bloodily, claimed freedom for Kashmir from India. Maoists have for some years joined them in collective animosity against what they perceive as an oppressive Indian state. As for Roy, she is our pre-eminent living martyr who should one day soon fill that empty space in her shelf load of citations with the one she currently lacks, the Nobel Peace Prize.

She has momentum. In early August, with several others she addressed a rally in Delhi to protest the extra-judicial killing of Communist Party of India (Maoist) politburo member Azad, or Cherukuri Rajkumar, on 1 July. A pro-Maoist bulletin giddily mentioned: ‘Arundhati Roy… asserted that Azad foretold his death so many times in his writings and interviews, reminiscent of Gabriel Garcia Marquez’s poem A Death Foretold. She said that the time for revolution has come, since all the institutions of the State have failed the people of the country.’

If such talk offends citizens, let them do what they wish within the ambit of law. Those like Roy can use the same legal system to defend themselves. After all, India is allegedly a free country.

But if they are enemies of the State, we should view others through a similar prism. Ergo, if Maoists are an ‘infestation’, ‘menace’ and ‘enemies of India’, as government propaganda and the media project, then surely the politicians, bureaucrats and law keepers, who with bad governance and corruption show them the way of armed rebellion, are also infestations, menaces and enemies of the State.

Would an agriculture minister, during whose tenure more farmers have died or been destroyed since the Bengal famine of the 1940s, qualify as waging war against the State? What about the chairman of the organising committee of the recently concluded Commonwealth Games in Delhi and others who made India an easily traded laughing stock? What of other kickback kings and queens in government and outside who deal in telecommunications, civil aviation, defence equipment, non-delivery of development funds and a thousand other skims, a million other rackets, which weaken the superstructure of India from the inside out?

Or are they too much to handle, these rotten avatars, leaving rent-a-cause quotewallahs like Roy as fair game? Is it because we are so numbed by corruption that we hysterically search for symbols under attack, such as the construct of India? Surely, this last is a supreme irony in a country that is a patchwork by default and dynamic to a fault—a country that has continually morphed simply to stay running in the same place.

And so, to take a cue from the magistrate in Delhi, here is Section 121 of the Indian Penal Code: ‘Whoever wages war against the Government of India, or attempts to wage such war, or abets the waging of such war, shall be punished with death, or imprisonment for life and shall also be liable to fine.’

Section 124-A of the Code, which deals with sedition, offers similar appeal: ‘Whoever, by words, either spoken or written, or by signs, or by visible representation, or otherwise, brings or attempts to bring into hatred or contempt, or
excites or attempts to excite disaffection towards the Government established by law in India, shall be punished with imprisonment for life, to which fine may be added, or with imprisonment which may extend to three years, to which fine may be added…’

As India’s preoccupation with the circus of right and wrong intensifies, the Code may make equal opportunity employers of us all.