The Tyranny of Comparison 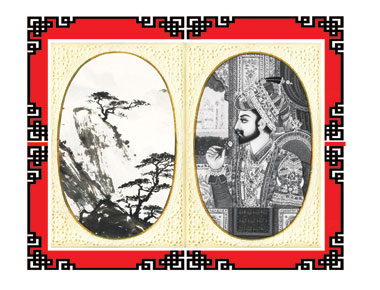 The venerable Alexander Pope once said, ‘For forms of Government let fools contest, that which is governed best is best’: never has a saying been so true when it comes to comparing India and China. There are many reasons why we love to compare these two countries. More often than not, we blame our lack of progress on the democracy we have given ourselves. We have always argued, erroneously as well, that we cannot compare ourselves to China because China is not a democracy.

The venerable Alexander Pope once said, ‘For forms of Government let fools contest, that which is governed best is best’: never has a saying been so true when it comes to comparing India and China. There are many reasons why we love to compare these two countries. More often than not, we blame our lack of progress on the democracy we have given ourselves. We have always argued, erroneously as well, that we cannot compare ourselves to China because China is not a democracy. We believe that democracy gives us the licence to postpone progress, arguing that the aspirations of the people are reflected in the chaos we have created for ourselves. Nothing is more dangerous for India. We cannot forever tout our democracy for ‘enduring failure’, as also my belief is that we cannot let the civil liberties of a few deprive the many of real-time progress.

Today we are energy deficient; we encourage crony capitalism as also the unholy nexus between politics and industry only because it is expedient for the brand of politics we follow. There are several realities we need to contend with when we compare Brand India with Brand China. The first is that we will never be a country which understands the importance of scale. We believe scale to be a waste until we are faced with the realities of shortage. This is evident in the way we build ports, roads, highways and airports. We plan for today. China plans for 10 years hence. They understand that scale gives them two kinds of cushions: value for money and hedging against future shortages. Consider this: we were the country that imposed travel and trade embargoes when South Africa was subjected to apartheid, and yet today, China does more business than we ever can, not just with South Africa but indeed the entire continent of Africa. While we are still battling with coal linkages and energy alternatives, China already has enough supplies of coal and lithium to meet their ever-burgeoning demands. Financially too, we don’t compare with China. Given their bullying nature, they have managed to keep their currency stable. Being the largest holders of US Treasury bonds, this helps them maintain a ruthlessly dominant position in world finance. But that is not the important thing.

A country comparison is essentially a people’s comparison. Our DNA is distinct from that of China’s. We have managed to infect every element of our lives with politics. We have had a scourge of corruption which has gone unpunished, whereas the Chinese have begun the purge and made public noises about it as well. If this is not good governance then what is? It is easy to say that we have an independent judiciary in place, but do we ultimately seek an independent justice system or do we wish to exude fairness in our courts? Can we afford to be a country where the justice system crawls for years on end, rendering justice impotent as it were? We believe there is a human rights paradox prevalent in China, but then my question is: do we actually have real-time human rights in India? And are human rights as esoteric as many limousine liberals would have us believe? My belief is that we have deprived swathes of our people in India of basic rights and these all constitute human rights in my book.

The denial of education, of sanitation, of drinking water, of redressal in police stations; of the huge number of under-trials languishing in prisons only because of a snail like justice system, are equally violative of the enshrined principles of human rights as envisaged by our Founding Fathers in our Constitution. So then what democracy are we talking about and who is benefiting from this conceptual political identity except those academics and liberals who revel in believing that we are genuinely free? Ask the Maoists in India if they really believe we are a democracy. Ask the displaced tribals, or for that matter the suicide-driven farmers if they really care about their franchise every five years.

Democracy cannot exist as a concept alone. It is in its implementation and benefits for the people it serves that it really creates an enduring impact. We talk about China’s inequalities and about mini revolutions being snuffed out. We are doing the same thing with displaced segments of our society. But this essay is not about how flawed our democracy is: it is about this odious comparison that we often make between China and India. The idea is to see both these brands in terms of their strengths and weaknesses.

– A young population, which is also a weakness since their aspirations need to be met substantively

– Is noted for rigorous discipline and conformity with existing laws

– Provinces have the authority needed to maximise investment and jobs

– The ruling elite are in complete control, offering clarity of thought

– Has invested heavily in resources, power and energy efficiency

– Uses democracy as a crutch to postpone key decisions

– Courts have power over areas in which they lack expertise

– Political expediency slows down progress both in terms businesses and people

– Has created a culture of indiscipline

– Poor planning for the future; here the federal nature of the polity doesn’t seem to be helping

– A lack of inspired leadership which will hopefully now change

– Has a reputation of being a ruthless bully, which makes it an unattractive business destination

– Because of its dependence on manufacturing, is perpetually at the mercy of price fluctuations

Therefore, on balance, both India and China stack up equally on the scorecard side except that on date, China has a huge headstart. So it is not important for us to compare ourselves with China on all parameters except that it is critical to take the best in terms of learnings and see how two hugely populated countries can help meet the aspirations of their people. While we need to recognise the importance of scale and size, as also effective decision- making, I believe China needs to learn compassion and inclusiveness from India. It is time for China to yet again embrace Bodhidharma while we wait for Narendra Modi to become our version of Deng Xiaoping.