The Sticky Ex • Back in School Again • The Sleazy Super Agent 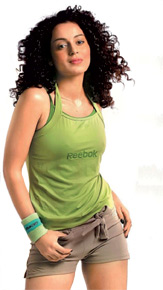 The Sticky Ex • Back in School Again • The Sleazy Super Agent

What’s with Shahid Kapoor and his tendency to stick close to his exes? The Kaminey star has reportedly bought a plush apartment in the same Juhu building where Vidya Balan lives with her husband, UTV honcho Siddharth Roy Kapur. The sea-facing flat is believed to have burnt a sizeable hole in the actor’s pocket, but sources say he’d been looking to move out of his Yari Road apartment for some time now.

His neighbour in that building society, of course, is former flame Priyanka Chopra. Building staff still haven’t stopped gossiping about how the former lovebirds would regularly drop in at each other’s home to spend quality time together when they were dating.

While on exes, Shahid bumped into Kareena Kapoor during the recent IIFA Awards weekend in Tampa, Florida, and the couple kept it civil and free of drama. At the big awards show evening, when Kareena was invited on stage to present an award, she made it a point to publicly say ‘Hi’ to Shahid (and his co-host Farhan Akhtar, both of whom were also on stage), who appeared rather surprised by the greeting.

Minutes later when she’d left the stage after presenting the trophy, Shahid cheekily asked Farhan aloud, “Did she just say ‘Hi’ to me?” even as the packed hall went into loud cheers.

Back in School Again

Kangana Ranaut is looking forward to taking an entire month off to attend filmmaking classes in New York. The Queen star, who returned from Australia earlier this week where she was declared Best Actress at the Indian Film Festival of Melbourne, will put all work on hold in June and rent an apartment in the Big Apple while learning the finer nuances of making movies.

“I’m looking forward to not having an entourage hanging around,” Kangana revealed to me in Melbourne, insisting that she doesn’t enjoy being waited upon hand and foot. “I’m quite comfortable doing my own laundry and dishes, going out and buying groceries, and basically just doing things myself,” she added. “I like the idea of living like a student.”

This won’t be the actress’ first back-to- class adventure. A few years ago she took direction classes in Los Angeles, and even made a short film as part of her course. Kangana doesn’t rule out a switch from acting to film direction in the near future—“If I don’t get exciting roles, I don’t want to hang around doing nonsense parts. I’d rather make movies”—and wants to be fully prepared when she decides to take the jump.

Bollywood can be a hard enough place for newcomers to survive, without the added pressure of predatory vultures. For years now there has been gossip about the head of a leading artiste management agency and his tendency to make young women uncomfortable with his attention. The gentleman (ha!) in question has been rumoured to routinely hit on newcomers and upcoming models and actresses, who often find themselves in no position to complain about or report his advances. He isn’t known to act the same way with any of the leading female stars that his agency represents—it’s unlikely he’d get away with that. His behaviour is reserved exclusively for the up and comers.

According to the industry grapevine, the ‘super-agent’ got his just desserts recently when he acted fresh with a new actress who has an important movie set for release later this month. The lady in question got in touch with him after being referred to by a friend, for the purpose of possibly signing up with his agency in the hope of getting film offers and brand endorsements. After a seemingly normal telephone conversation, during which they made an appointment to meet, he reportedly sent her a text message asking her to wear a short skirt to their meeting.

Appalled, the actress complained to her fiancé, an established actor who recently won a top award, and who stars opposite her in her forthcoming film. The actor is believed to have called up the super-agent and given him a piece of his mind, warning him to behave appropriately with his lady and other young women. Heated words were exchanged before an apology was tendered.