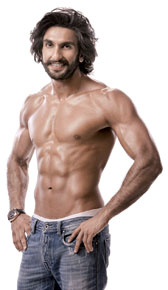 Rani Mukerji, or the new Mrs Aditya Chopra if you like, is reportedly keeping herself busy, in between sporadic acting projects, by attending to business at the Yash Raj Films studio in Andheri. Word within the corridors has it that Rani has redesigned the seating arrangement of many of the studio staff as per vaastu recommendations, and that those displaced from their original spots are not thrilled. Apparently the general feeling within the studio is one of suspicion, given the actress’ increasing interest in “fixing things”. Old hands at YRF are saying Rani may have been further emboldened by the success of Mardaani, a film many within the ranks had openly written off even before its release.

Few are aware that an early screening of the film inspired little confidence among those who were privy to it. But the actress herself pushed for a reshoot of the climax and other key portions, and was instrumental in reshaping the final cut. The film’s success, under those circumstances, is believed to have empowered Rani to take tough calls “wherever necessary”, including in areas she has little or no expertise. With no acting job lined up in the immediate future—and repeated denials that a baby is on the way— Rani is a frequent visitor at the studio, apparently keen to fulfil the duties that fall under her new ‘Creative Director’ title. While she’s certainly found a loyal band of supporters in her husband’s closest allies, there are many who don’t know just what to make of all her sudden enthusiasm.

Guess Who Wants a Hat Trick

Ranveer Singh isn’t allowed to take his hat off in public. It’s a diktat passed by Sanjay Leela Bhansali himself, for whose new film Bajirao Mastani the star has tonsured his head. Sporting everything from pea-caps and fedoras to berets and woolly monkey caps to hide his baldness during media promotions for his latest film Kill Dil, Ranveer has been politely dodging requests from pesky journos for a glimpse of his shiny pate on camera.

The ‘naked upstairs’ look is one that the actor will sport until October next year when he wraps Bajirao. Neither can he shoot any other film until Bhansali is done with his services. Which means it’ll be back to hats and other nifty tricks to hide his baldness when he’s promoting Zoya Akhtar’s Dil Dhadakne Do next summer before that film’s June release.

His co-star Deepika Padukone has it a little easier, apparently. She doesn’t show up at the Bajirao sets until March—the director will film war scenes with Ranveer, and portions with his leading man and Priyanka Chopra until then—and will likely wrap Shoojit Sircar’s Piku and Imtiaz Ali’s Tamasha before she submits herself to Bhansali’s gruelling schedules.

Speaking of Bhansali, Ranveer does a spot-on impersonation of his Ram-Leela director if you really coax it out of him. It’s something he’s done in front of Bhansali too, and the famously eccentric filmmaker was reportedly amused.

Harried and Luckless in B-Town

There’s a disgruntled director somewhere, poking pins in the doll of his hotshot producer. This first-time director, who’d been handpicked a few years ago to helm an ‘unusual rom-com’ for two rival studios that were producing the project together, is still to shoot a single frame of film and it’s already been close to five years of waiting.

The director tells of how his film fell apart when one of the two producers put the project on hold after the leading man they’d signed for it saw his star waning in the wake of back-to-back flops. At least three prospective heroines attached and then released themselves from the project after the hero’s career went south. The debutant was then asked by the producer to find a promising female newcomer to cast in the film, but after months of auditions the girl he’d chosen was unceremoniously rejected for not being ‘charismatic enough’ to topline the movie.

Even as he began looking for a more suitable replacement, the director learnt that the same producer had gone ahead and signed the young female hopeful in a three-film contract with his company. This, after unceremoniously dumping her from his project! More or less convinced now that his film may never be made within this set-up, the poor guy is reportedly hawking his script at other studios.