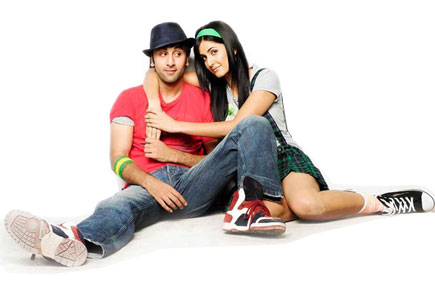 
Rishi Kapoor—who will play Sonam Kapoor’s father in Yash Raj Films’ next project to be directed by Mujhse Fraandship Karoge’s Nupur Asthana—appears to have decided to let bygones be bygones. The senior star was famously peeved when Sonam and Deepika Padukone took digs at his superstar son Ranbir on Koffee with Karan two years ago. Kapoor senior had described both actress’ behaviour as “immature” and “unbecoming of girls brought up in good families”, and had even pooh-poohed their jokes saying their lashing out at Ranbir was a case of “sour grapes” because he wasn’t interested in either of the girls romantically.

The angry father had even reportedly got both girls dropped from a world tour of musical stage performances that they were meant to be part of along with Ranbir. The tour didn’t happen at all eventually, but both actresses had admitted at the time that they were surprised Rishi Kapoor had taken their “harmless jokes” so seriously.

With the 60-year-old actor now committed to star as Sonam’s father in the YRF film (which also has Vicky Donor’s Ayushmann Khurrana paired opposite Sonam), it is clear he has decided to put the past behind him. The actress’ father Anil Kapoor may have had a role in driving better sense into Rishi Kapoor, who has been a close friend of the family for years.

Ranbir Kapoor and Katrina Kaif are no longer trying to hide their relationship, it appears. The actors, who welcomed the New Year in New York, were spotted at a Manhattan cineplex attending a screening of Lincoln, and subsequently taking in the sights of the city at popular hotspots. This is a big change from the time they made every effort to sneak around and spend time together… like when Katrina secretly arrived in NYC three years ago to be with Ranbir while he was shooting Anjaana Anjaani. Or the time she took the weekend off from the sets of Zindagi Na Milegi Dobara in Spain to visit Ranbir in London where he was scheduled to fulfil a brand-promotion commitment.

Friends of the couple say they were only “casually dating” at the time, but now they’re in a more “committed place”. They also reveal that Katrina is “besotted” with her beau and prefers his company over that of friends and family when she isn’t working. The two were paired together in Ajab Prem Ki Ghazab Kahani. Surprisingly, there are no concrete plans of another movie together, although Karan Johar reportedly has a film in mind with Ranbir that Katrina could well be cast in opposite the Barfi star.

Half the staff employed at the agency that manages her work had to drop what they were doing and help organise this popular heroine’s birthday party in Goa earlier this week. According to the Bollywood grapevine, the actress wanted nothing short of the best on this special occasion, and is believed to have insisted that the best arrangements be made for her actor and model friends who would be flying in from all across the country to spend the big day with her.

But it’s not like the actress leaves all her work to her managers. Less than a fortnight ago, this fantastically fit actress reportedly lodged a complaint at her Bandra gym against a male member who she insisted was making her feel “very uncomfortable”. The gentleman, who she said had made it a point to visit the gym at the same time she was on the premises, routinely stared at her from a distance during her workout. According to her complaint, she didn’t make a noise about his behaviour earlier despite finding it odd, but couldn’t take it anymore when one day he stood barely a few feet away from her and openly stared at her while she was on the treadmill. Unable to contain her anger, the star has said she lunged at the man to punch him, but he quickly scooted off when he realised he was in trouble.

Soon after, the actress made an official complaint with the gym administration and asked for the man to be barred from using the property while she is present. The authorities informed her they would view CCTV footage of the incident and take the necessary steps to ensure she is never bothered again.