The Indian Intellectual and the Banality of Dissent

A portrait of the Indian writer as a convenient protestor 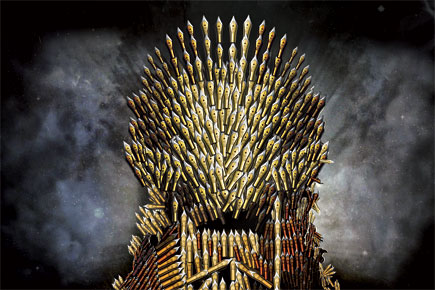 In the history of resistance, the writer rearmed is a recurring image: the conscience keeper pitted against the mounting immoralities of the state. His arguments with power, its pathologies and perversions, continue to be testaments of freedom in stifled societies. His migration from the study to the street is the stuff that makes the legend of dissent when reason is suspended, truth is mortgaged, and lie is the religion of authority. His faith in the supremacy of words over the Word, be it of gods or men who claim divine mandate, makes him a permanent adversary in a world of dead certainties. The writer provoked is redemption.

That is the ideal.

We have seen him at play. In Café de Flore in Paris, the air smelling Gauloises, the conversation wrestling with the big ideas of the times, stretching from the Soviet Union to the struggles of the colonised. The Parisian romantic, the philosopher as street fighter, saw no difference between his place in the world imagined and his responsibility in the world intimidated by false gods. Return to the wordy warfare of a Sartre or a Camus, the adventures of a Malraux, or a Bernard-Henri Lévy still trying to keep up the tradition to see the intellectual as action hero.

Or, better still, return to the Magic Lantern in Prague circa 1989. It was there in that theatre the velvet revolutionaries—playwrights, novelists and rock singers—scripted the first draft of freedom from the Big Lie. And one of them would become the first philosopher king of liberated Eastern Europe. The Václav Havel moment, in retrospect, was a tribute to all those manuscripts burned and the lives banished to the Gulag. The national narratives of protest and freedom cannot be told without the writer’s life outside the pages—and they continue to be updated in the dusklands of Latin America and the Middle East and elsewhere still.

And in India too? In terms of theatre, yes, he is out there, throwing the statuette back at the state that values a cow’s life more than a human’s. If front pages were conscience bared, I should have fled the state that has brought back the fear of midnight knocks and taken refuge in Pyongyang. Suddenly, I’m told, lights are going out in the wretched India, and in the enveloping darkness, the silence is broken by the vanishing writer’s last sigh. In this India, painted to demonic perfection, hail the helmsman or be damned, fall in the line drawn by the fascist majority or be lynched, stop your moral harrumphing or be ready to face the assassin.

I’m being overfed on this India, and I feel sick.

It is not that there is anything dishonorable about the writers protesting against the state. It is not that the lynching of the beefeater or the killing of writers for their opinion should be the behaviour of a civilised, tolerant society. What adds a dash of the ridiculous to the simulated sublimity of the cause is their track record in dissent, their legacy as freedom fighters. Most of them are history-proof, and make a public intervention only when there is a cause that suits their ideologically conditioned, provincial mind.

Have they been there when, in 1989, the Ayatollah put a price tag to Salman Rushdie’s head? It was a time when, elsewhere, the writer was leading a revolution, and there was another, a citizen in a democracy, running for his life. I still remember the silence, the evasions and the triangulations of the venerables assembled in Delhi’s Rabindra Bhavan when I and a colleague of mine asked them the Rushdie question for a feature in The Times of India then. Rushdie was not one of them, and Islam was a different matter—no general rule of dissent could be applied here.

The silence persists. Political Islam, which seeks scriptural legitimacy for its bloodlust, is today incompatible with free speech, but the Indian intellectual, like many of his left- liberal counterparts elsewhere in the world, takes no position, and upholds the phony argument about ‘respecting the religious sentiment’. Whether it’s a teacher in Kerala whose hand was hacked or the massacre of Charlie Hebdo cartoonists or serial killing of Bangladeshi bloggers, the Indian writer has nothing to say, in protest or in solidarity. He lives and writes in one of the most dangerous parts of the world, but he is extremely choosy in his dissent; he is only comfortable with causes that fit into his small provincial mind.

Shall I say the Soviet mind? The Indian intellectual’s default ideological position is on the left side of the argument. This is his howl of fame, and he could have spared us this trophy-dumping theatre if he were averse to the trophy itself in the first place. Then he is not Sartre, who wrote after his rejection of the Nobel Prize: “A writer who adopts political, social, or literary positions must act only with the means that are his own—that is the written word. All the honours he may receive expose his readers to a pressure I do not consider desirable. If I sign myself Jean-Paul Sartre it is not the same thing as if I sign Jean-Paul Sartre, Nobel Prizewinner.”

The Indian writer inhabits a world where a communal clash is a Holocaust, and any instance of intolerance is fascism. He is the laziest of intellectuals, playing with the catch phrases of a horrible history to sex up his angst, and thereby trivialising the original horrors. Once, Adorno said there is no poetry after Auschwitz; echoing him, an Indian writer, desperate for a good sentence, said India’s nuclear explosion marked the end of imagination. The redundant text of the Indian writer, I mean the one who carries within him the vestiges of ideologies rejected by history, is in search of context to play out his text of dissent. He chooses the convenient one, or creates one.

Today’s political context is injurious to his intellectual health. The post-Independence, socialist system of entitlements is falling apart, and the entitled who for so long ruled India’s cultural institutions are looking askance at the emergence of a new establishment of parvenus. Suddenly, there are no vacancies for him. Isn’t this unsolicited intellectual disenfranchisement?

The dissenter “lives in truth”, wrote Havel. Here he constructs suitable truths, illustrated by all those statuettes multiplying where they belong: the junkyard.